So is Love an Emotion? 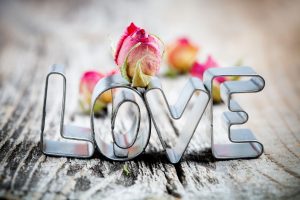 What he’s saying is that romantic love is NOT an emotion. It is something that is associated with emotions that DIFFER from person to person. The common thread of romantic love is the reward and motivation network activation in the brain. (Addiction/pleasure) “As it turns out, romantic love is probably best characterized as a motivation or goal-oriented state that leads to various specific emotions, such as euphoria or anxiety,” Aron noted.

“With this view, it becomes clearer why the lover expresses such an imperative to pursue his or her beloved and protect the relationship.”

(The lover is addicted. And again, I don’t use that word in a bad light. You could used “magnetized,” perhaps.)

Aron added: “Our participants who measured very high on a self report questionnaire of romantic love also showed strong activity in a particular brain region — results that dramatically increase our confidence that self-report questionnaires can actually measure brain activity.”

Aron also noted that the research answered the “historic question of whether love and sex are the same, or different, or whether romantic passion is just warmed over sexual arousal.” He said,

“Our findings show that the brain areas activated when someone looks at a photo of their beloved only partially overlap with the brain regions associated with sexual arousal. Sex and romantic love involve quite different brain systems.”

Sexual desire and arousal are NOT the same as romantic love. The sex drive and the desire to love and bond are two different things. 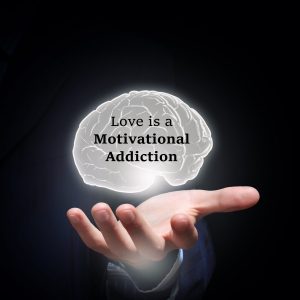 Love is a Motivational Addiction (so says the brain)

Aron reported that, using (fMRI) and other measurements, he and his colleagues found support for their two major predictions: (1) early stage, intense romantic love is associated with subcortical reward regions rich with dopamine; and (2) romantic love engages brain systems associated with motivation to acquire a reward.

Brown explains some of these findings, commenting that “when our participants looked at a photo of his/her beloved, specific activation occurred in the right ventral tegmental area (VTA) and dorsal caudate body. These regions were significant compared to two control conditions, providing strong evidence that these brain areas, which are associated with the motivation to win rewards, are central to the experience of being in love.”

In plain English that simply means that “being in love,” is roughly identical to the motivation to achieve/acquire reward. (Addiction/motivation.)

What else can be learned?

Brown noted that “an important concept is that the caudate probably integrates huge amounts of information, everything from early personal memories to one’s personal notions of beauty. Then, this brain region (and related regions of the basal ganglia) helps to direct one’s actions toward attaining one’s goals. For neuroscientists,” she said, “these findings about the diverse regional functions of the basal ganglia in humans have remarkable implications.”

Now, for those of you familiar with my work about nonverbal communication and how to position people when you communicate with them….you’re going to find this fascinating. For those of you unaware of my early work here, you’ll see the latest at Influence: Boot Camp 2014.

Want to know where the roots of people loving someone romantically but not necessarily finding them incredibly beautiful/handsome are? 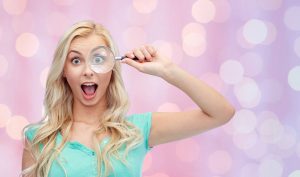 Recall from from my previous work and that of numerous neuroscientists, that we’ve found that there’s a lot going on in the right side of the brain. Notably, the emotions. Especially negative emotions of anger, sadness, contempt, grief….

Think about the ramifications as those emotions sit in the same chair as ROMANTIC LOVE.

Mix negative emotions and romantic love, and you can get some PRETTY BAD and SCARY scripts. Remember, we’re not talking about sex here. We’re talking about addiction and motivation to get reward in the same car with ANGER, FEAR, GRIEF.

“We didn’t predict such a striking lateralization,” Brown reported. “It is well known that speech is largely a left-sided cortical function. But our data indicate that lateralization also occurs in lower parts of the brain. Moreover, different kinds of rewards (in this case, the “rush” of romantic love, compared with the pleasing experience of looking at a pretty or handsome face) is also lateralized. These results give us a lot to think about how the normal human brain learns and remembers and functions in general,” Brown added.