Bring Kevin Hogan to your next event.

International Speaker Kevin Hogan presents to organizations from around the world to speak to their members, staff, and leaders. Most often he presents the latest and best of  body language, the science of influence and achieving success for yourself and motivating others to accomplish. Now you can have Hogan’s track record with governments, elected representatives, celebrity branding, and individual success stories to your team.

“Building relationships that matter – making a human connection – across cultures and political boundaries is one of life’s greatest rewards.”

Kevin is well known for impacting people’s lives for their good; challenging them to take action for themselves and the benefit of others. This is his primary objective. He shares real-life stories and guides people along a proven path to measurable results and long term achievement.

He has spent 20 years inspiring, motivating,  and challenging people from numerous Fortune 500 companies, governments, national trade associations, nonprofits, and educational institutions to grow, change, and find their passion. These are the most frequently requested topics . Kevin typically adapts his work to your audience so you don’t have to stress about “what should we have him present about?”

Want to book Kevin for your next event? Please contact us with your event details.

If you have any questions about Kevin’s availability for your upcoming event, please use our Presentation Request page so we can get back to you. We also have an FAQ page for event planners and organizers that may answer some of your questions.

Kevin Hogan is the founder of the encyclopedic influence website, KevinHogan.com. He is the author of 24 books. He is best known for his international best selling books, The Psychology of Persuasion; Irresistible Attraction; Invisible Influence; and The Science of Influence. 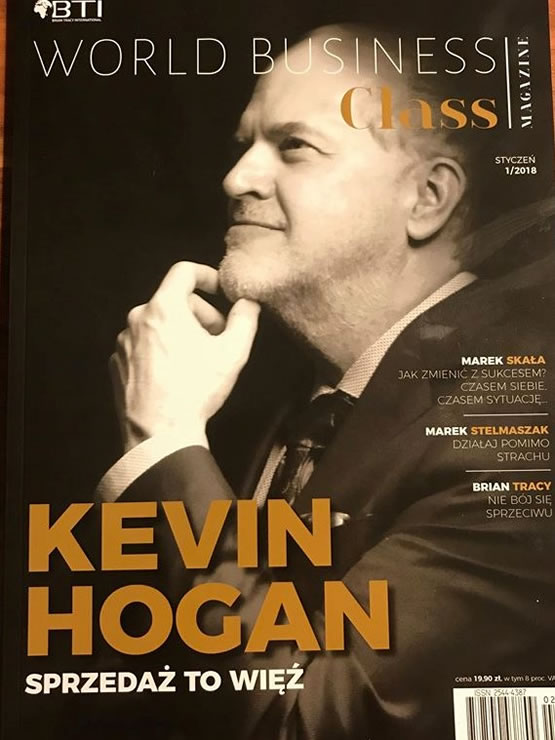 Over the past two decades he has become the Body Language Expert to ABC, Fox, The BBC, The New York Times, The New York Post and dozens of popular magazines like Forbes, Investors Business Daily, InTouch, First for Women, Success!, and Cosmopolitan.

He has become the go-to resource for analyzing key White House figures.

Hogan has taught Persuasion and Influence at the University of St. Thomas Management Center and is a frequent media guest. Articles by and about him have appeared in Success!, Redbook, Office Pro, Selling Power, Cosmopolitan, Maxim, and numerous other publications. He was recently featured in a half dozen magazines (including World Class Business) in Poland.

His keynotes, seminars and workshops help companies sell, market and communicate more effectively. His cutting edge research into the mind and keen understanding of consumer behavior create a unique distillation of information never before released to the public. Each customized program he leads is fit specifically to the needs of the group or organization. Kevin will give your people new and easy to implement ideas to achieve excellence. Kevin has limited availability for speaking engagements and can be contacted here for more information

Dr. Kevin Hogan – trusted by organizations large and small to educate them about body language, influential communication, cutting edge selling and marketing skills and how this knowledge can be applied both internally and externally to further objectives. He shares his insights and observations with counter intuitive but street tested and lab proven background. Up to the minute comprehensive success strategy, achievement, and all things influence with his weekly E-zine Coffee with Kevin Hogan.  See why business leaders and professionals from around the world look forward to reading Coffee with Kevin Hogan each week.

P.S. Remember to please use our Presentation Request page so we can get back to you.