Now, before you get concerned that “the desire for sex” and “romantic love” are the same thing as far as the feelings they generate inside someone, I’ll save you the internal struggle…they aren’t.

There is a small and significant overlap to be sure, but they are quite different!

And here is more fascinating news: The sensation of Romantic love and the sensations of Attractiveness are “stored” and “retrieved” on opposite sides of the brain!

When taken with the work I discovered about anxiety and feelings of attraction at the University of St. Thomas Management Center and later tested every other year at Influence: Boot Camp…some amazing things all started to fall into place.

Helen Fisher has summed it up well (and I paraphrase her findings) when it comes to matching what we experience and what the new images of the brain reveal in specific situations.

Humans won’t typically get depressed and instantly hurt someone because someone else won’t have sex with them.

Instead the experience will cause emotions of anger, contempt and/or sadness.

The Drive to Kill?

However, many DO kill when they are rejected where the feeling is romantic love and not the sex drive being attended to.

The distinction is sharp.

The sex drive is powerful. On average it is the second most important of the 16 core desires in humans, coming after flight/fight (survival). The motivation and reward of romantic love, however is fiercely strong, and often dwarfs the sex drive.

The ramifications for all of this are enormous.

Consider attraction, seduction, stalking, autism, love, sex, romantic feelings… and they are all woven into the research that you will now get a chance to see here for the first time. New…for you.

You just can’t tell where you might find love these days. 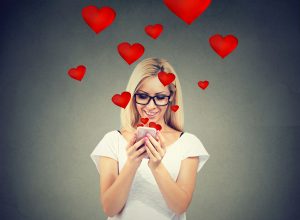 A team led by a neuroscientist, an anthropologist and a social psychologist found love-related neurophysiological systems inside a magnetic resonance imaging machine. They detected quantifiable love responses in the brains of 17 young men and women who each described themselves as being newly and madly in love.

The multidisciplinary team found that early, intense romantic love may have more to do with motivation, reward and “drive” aspects of human behavior than with the emotions or sex drive. Brain systems were activated that humans share with other mammals. So the researchers think “early-stage romantic love is possibly a developed form of a mammalian drive to pursue preferred mates, and that it has an important influence on social behaviors that have reproductive and genetic consequences.”

Stalking behavior and the behavior that happens after love at first sight are all pretty much the same as finding your next diet Coke, the next sniff, the next crossword puzzle (if that works for you), etc.

Diverse emotions occur, but the reward response is primary here.

“It’s a stark reminder that the mind truly is in the brain,” noted Lucy L. Brown of the Albert Einstein College of Medicine. “We humans are built to experience magical feelings like love, but our findings don’t diminish the magic in any way. In fact, for some, it enhances the experience. Our research also helps to explain why a person in love feels ‘driven’ to win their beloved, amidst a whole constellation of other feelings.”

“Most of the participants in our study clearly showed emotional responses,” noted Arthur Aron of the State University of New York-Stony Brook, “but we found no consistent emotional pattern. Instead, all of our subjects showed activity in reward and motivation regions. To emotion researchers like me, this is pretty exciting because it’s the first physiological data to confirm a connection between romantic love and motivation networks in the brain.

What’s that mean? Is love the same as stalking? Is love an addiction? What here is creepy and what isn’t?! Continue…