I remember the day I woke up and the tinnitus was gone. It was Christmas time in 1995. After 30 months of living in hell it was silent that morning. The maddening noise would be completely gone for 8 months before recurring in August of 1996. Since then, it would come back perhaps a few times per month for a couple of hours at a time.

By 1996, my life had taken a massive turn away from selling and into a life of seeing clients with tinnitus and helping them in my role of psychotherapist/hypnotherapist. It was indeed something I never intended to do, but when I “went silent” everyone wanted the answer for their situation. In response to the thousands of phone calls, e-mails, faxes and letters, I started writing articles and posting information about tinnitus relief on my website at Tinnitus FAQ. This article is the first update I’ve made to that information in over three years.

The purpose of this article is to share with you conclusions about tinnitus therapy and treatment based upon my experience with hundreds of clients and thousands of consultations and correspondences over the past six years. It’s not my intention to answer every question about tinnitus nor to give you a new scientific theory. This article tells you what I know is helping people turn the volume down. I’m also going to share with you some speculation as to future research and where more answers may be.

Where does tinnitus originate? 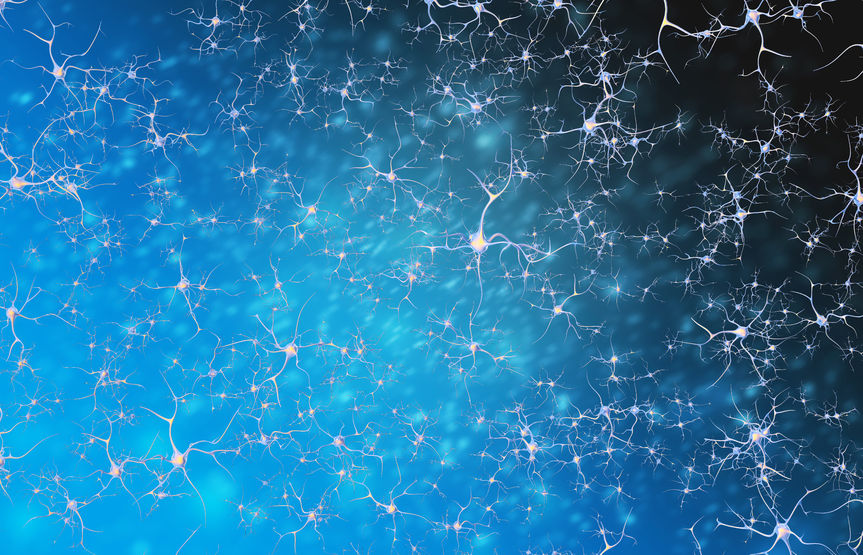 There used to be a question as to “where” tinnitus originates in the human body. For years it was thought that most people have tinnitus generated somewhere in the ear. Obviously for a small percentage of people, this is true. And perhaps otoacoustic emissions from the ear send noisy signals to the brain and that is also perceived as tinnitus. There is one thing we can be certain about. In all cases tinnitus is experienced in the brain and interpreted by the brain. In other words, like physical pain, tinnitus is interpreted and to some extent generated in the brain. My experience of doing years of psychotherapy and hypnotherapy with people who suffer from tinnitus is that it can and often does go away with the right program, the right treatment plan. When it comes to relief and reduction, tinnitus is far less about audiology than it is neurology.

Imagine that there are hundreds of highways in your brain (there are billions, but if you can imagine a map of your country with all of the interstate highways visible, that’s enough to understand this useful metaphor). These highways, when interconnected, form memory and allow you to think and create. There are probably no other thought centers in the body. There are probably no other creative thinking and centers in the body. The neural circuitry, the highways are where it’s all at.

Think of someone you love. Think about them in great detail. What they look like, sound like, maybe how they feel. Just do this for a moment before continuing.

Some of these highways have tinnitus “on them.”

Some of these highways do not have tinnitus “on them.”

It’s also interesting to note that there is some evidence that some cases of tinnitus are caused by an instability of the structure of the cells in some parts of the brain.

Using different kinds of hypnosis I can report to you the results of years of experience with hundreds and hundreds of clients. (I am also drawing on case studies by my colleagues over the years.)

The Goal of Tinnitus Therapy

We have yet to have a documented case where a client improved dramatically after one session of hypnotherapy or psychotherapy. Generally speaking 15 hours of therapy or more is necessary. This should be obvious as it takes a long time to get those big 8 lane highways in the brain to atrophy into dirt roads that are rarely traveled. That is the goal of therapy by the way. The objective and focus of the therapist is always to a) desensitize the client to the sound of tinnitus and b) to teach the client how to focus on other experiences in life (past, present or future) that do not have “tinnitus on the highway.”

The good news is that most cases of tinnitus, regardless of cause improve with time, with therapy and lots of successfully completed homework.

The bad news is that there aren’t a lot of therapists out there that understand how to work with people who suffer from tinnitus.

Clients continue to respond favorably to medications like Zoloft, Effexor, and Paxil. (antidepressants)

They also tend to respond as well or better to Xanax and Ativan. (anti-anxiety medications)

A medication that reduces the fear response will help extinguish the fear response to tinnitus and thus the amount of attention paid to tinnitus. (Thereby shrinking the 8 lane highway into 6 or 4 or fewer “lanes.”) Long-term use of anti-anxiety medication is probably warranted for most severe cases and the resulting fewer suicides and long term positive change will likely supercede the minor side effects and remote possibilities of addiction to said medications.

Those medications that reduce depression, obsession and compulsive behaviors will also continue to help those suffering with tinnitus. The SSRI’s tend to be most effective in my experience but other medications certainly can help as well.

Many people call and come complaining that their tinnitus is exacerbated by pressure on their forehead, different head positions and teeth clenching. When I hear this I immediately refer the person to an Osteopath.

For some reason, osteopathic treatment (intracranial sacral therapy) still seems to be effective in helping the majority of my clients that report these exacerbating elements. I can’t explain all of the reasons why, though I do have hypotheses. The human body generally responds well touch and feelings of connectedness. Perhaps there is some of this mind/body response in the client’s experience. Perhaps the human body can become so stressed and distressed that it changes brain chemistry. Perhaps the sphenomandibular ligament that connects the area of the ear drum to the jaw is causing some kind of pressure in the ear, like plucking a guitar string.

One client named John was planning to come to Minnesota to work with me a couple of years ago. I sent him to a local D.O. (doctor of osteopathy) and he never needed to fly here because regular treatments by his D.O. were all he needed for elimination of tinnitus. (I’ve had similar situations with clients I did telephone consultations with that I suggested other treatments like Prozac, Zoloft and Xanax.)

Tinnitus Retraining Therapy is a fancy phrase for auditory habituation. I’ve talked with a number of people who have improved by using sound generators. I’ve spoken with many, many others that couldn’t stand to have the little noise makers in their ears. What I have found nearly universal in acceptance by clients is listening to classical music, environmental sounds and new age music that both soothes and creates a secondary sound source for attention. Auditory habituation is a “must” in terms of tinnitus recovery and remission.

I strongly suggest all of my clients play music in the background all day long or at least keep a television on. Anything that provides about 50 decibels of sound will do the trick. For the people with severe hyperacusis, they will need to start at 40 decibels and work their way up over time to fifty decibels.

As time has gone by, I have seen fewer cases of people improving from any kind of tinnitus sound with Ginkgo. For some time I thought ginkgo might be a significant part of the therapeutic regime for most clients. Today, I suggest clients talk to their medical doctor about ginkgo but I can’t recommend it evangelically as I did 5 years ago.

I’ve also seen very few cases of people improving with homeopathic remedies and acupuncture. None of the bogus drops and mail order “medications” showed any improvement that I could find.

Changes in diet rarely seemed to help anyone in my experience. The same is true for clients who have taken herbal potions and remedies.

In the long term, “they” almost certainly won’t find a single cure for tinnitus because tinnitus has so many etiologies (causes). Tinnitus is experienced in so many different ways that it seems like aggressive multimodal treatment programs will continue to be in the best interest of the “average tinnitus sufferer.” What these clients will find is that tinnitus can be greatly reduced in most cases through desensitization and alternative attention therapies.

For years I have advocated a multi-modal approach to tinnitus therapy and that has proven to be right on the mark. For the average client suffering with severe tinnitus, I recommend the following in order of importance. 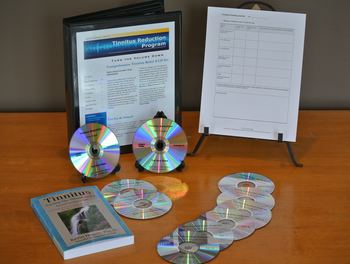 Anyone with tinnitus who would like to reduce the volume of their tinnitus through the use of self-hypnosis CDs, along with other strategies presented in the program.

“I had meant to write before as I have had your CD’s from July now. They have been wonderful and saved my sanity. My tinnitus is greatly reduced and my Meniere’s under control. I return to your CD’s as I find them excellent and I use them every night to go to sleep with. Thank you.” Anne Clarke

Already own the book? Use the following link for the Tinnitus Reduction Program without the book: