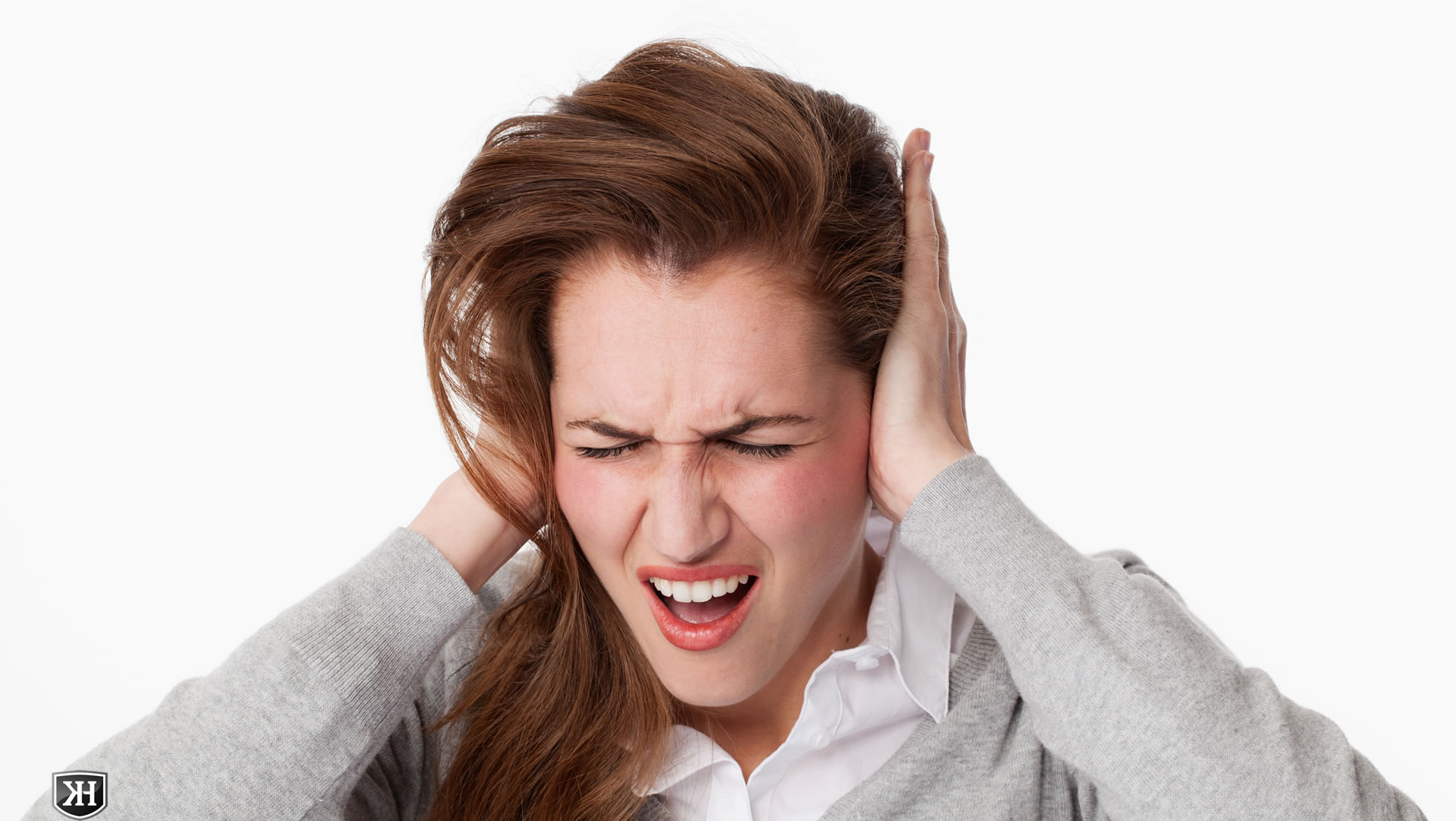 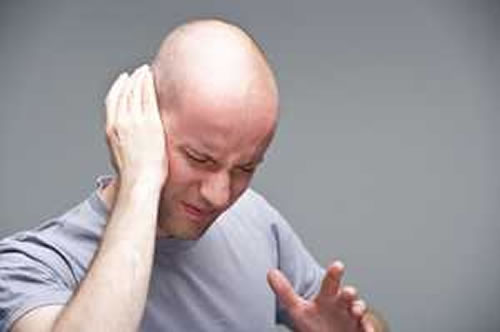 You hear it (tinnitus), feel it (pain), see it (visual delusions). But you probably don’t have to have these experiences.

Talking with a dozen doctors and reading tons of medical literature boiled down to one thing: You are stuck with it. Get used to it.

Not possible. There was NO way I could live with the jet engine 24/7. In addition to medications and a whole slew of lifestyle changes, I started studying the brain. I got caught up by buying every textbook I could find on neurology, psychobiology, and neurobiology.

I’ll tell you one thing: We know 100 times more about the brain today than we did 12 years ago, but…the doctors still tell people there is nothing that can be done.

They tell that to people who taste metal, see delusions, have schizophrenia (paranoia w/delusions), feel chronic pain and have the nightmare of them all: tinnitus. And they are wrong.

It became clear that the brain has a “plasticity” to it. No, you can’t reshape it like a piece of clay or silly putty, but the analogy was useful as I fought through the daily listening to the emergency broadcasting system.

The fact that the brain has this sort of “ability to change” at the cellular level was useful in constructing ideas to get rid of the tinnitus. Lots of the ideas failed. Some helped. Eventually, it worked.

The research now out confirms that most people’s tinnitus is generated and “heard” in the brain, not the ear. Chronic pain doesn’t need to be chronic because the cells that store the chronic pain can be changed, and so on. None of this is easy or even simple. It takes a pretty complex set of changes to get the brain to not pay attention to tinnitus and then to simply not remember it. It takes time.

Tinnitus Pain – There is Relief

I’ve helped a lot of people accomplish this. Thousands who suffer from tinnitus. Fewer with chronic pain (like fibromyalgia). None of the standard methods of psychotherapy, hypnotherapy or any therapies worked. But by making changes to what actually changes what cells record, turned out to work.

Phantom limb pain experiences were the clincher for my persistence. Just the concept that someone could have a hand that burned or hurt or both…and the hand had been blown off or shot off 20 years before…that told me that it was possible to reverse-engineer the sensation, the perception and change it.

Today, this piece of research was released and it helps to explain in logical fashion what I discovered 18 years ago…but only could guess as to why…

Scientists have made the first recordings of the human brain’s awareness of its own body, using the illusion of a strategically-placed rubber hand to trick the brain. Their findings shed light on disorders of self-perception such as schizophrenia, stroke, and phantom limb syndrome, where sufferers may no longer recognize their own limbs or may experience pain from missing ones.

They found that one area of the brain, the premotor cortex, integrates information from these different senses to recognize the body. However, because vision tends to dominate, if information from the senses is inconsistent, the brain “believes” the visual information over the proprioceptive. Thus, someone immersed in an illusion would feel, for example, that a fake limb was part of their own body.

In the study, each volunteer hid their right hand beneath a table while a rubber hand was placed in front of them at an angle suggesting the fake hand was part of their body. Both the rubber hand and hidden hand were simultaneously stroked with a paintbrush while the volunteer’s brain was scanned using functional magnetic resonance imaging.

On average, it took volunteers 11 seconds to start experiencing that the rubber hand was their own. The stronger this feeling, the greater the activity recorded in the premotor cortex.

After the experiment, volunteers were asked to point towards their right hand. Most reached in the wrong direction, pointing towards the rubber hand instead of the real hidden one, providing further evidence of the brain’s re-adjustment.

Dr. Henrik Ehrsson says: “The feeling that our bodies belong to ourselves is a fundamental part of human consciousness, yet there are surprisingly few studies of awareness of one’s own body.”

“Distinguishing oneself from the environment is a critical, everyday problem that has to be solved by the central nervous system of all animals. If the distinction fails, the animal might try to feed on itself and will not be able to plan actions that involve both body parts and external objects, such as a monkey reaching for a banana.

This study shows that the brain distinguishes the self from the non-self by comparing information from the different senses. In a way you could argue that the bodily self is an illusion being constructed in the brain.”

Disorders such as schizophrenia and stroke often involve impaired self-perception where, for example, a woman might try to throw her left leg out of bed every morning because she believes the leg belongs to someone else. Misidentification or unawareness of a limb arising from damage to the premotor cortex from a stroke is not uncommon.

Phantom limb syndrome is a disorder which can arise after amputation. Remedies that trick the brain into believing the limb has been replaced, for example by using a mirror to reflect the opposite healthy limb onto the amputated limb, exploit the brain’s mechanism of self-perception.

Anyone with tinnitus who would like to reduce the volume of their tinnitus through the use of six self-hypnosis CDs, along with two DVD’s that give you other strategies to begin your path to quieter days.

My tinnitus is greatly reduced…

I had meant to write before as I have had your program from July now. They have been wonderful and saved my sanity. My tinnitus is greatly reduced and my Meniere’s under control. I return to your CDs as I find them excellent and I use them every night to go to sleep with. Thank you.

Your CD/DVD program includes a couple of hours of up to date information about how to reduce the volume and distress of your tinnitus. This portion of the program is updated regularly.

In addition to what is working in the area of medicine, tinnitus retraining therapy, and other modalities, you will receive self-hypnosis CD's specifically designed by Kevin Hogan which assisted him in the elimination of his tinnitus. The first two DVD's in the program include the most up to date information about tinnitus relief you can get. Now, you can utilize the same program as part of a multi-modal effort in reducing your tinnitus volume.

Kevin Hogan is a psychotherapist specializing in hypnosis, who didn't stop with just one possible way to experience silence. A multi-modal approach is the only way to assure your success in reducing your tinnitus volume and the intense emotional distress that comes from the tinnitus. If you are sick of hearing that "nothing can be done" and "you'll have to learn to live with it," this is the starting point.

The program includes the newly revised edition of, Tinnitus: Turning the Volume Down which includes the latest developments in reducing tinnitus and hundreds of citations for further research.

100% Lifetime Money Back Guarantee. After you have used this program and the information in it, for six months, you will have a record of specifically how much quieter you are then than now. If you don't think this program lived up to it's billing, return it for a full refund. And, If a CD or DVD EVER skips or breaks, we will replace it FREE!

Dear Mr. Hogan, Thank you for your incredibly informative website. I stumbled upon it at a moment of absolute desperation and the information I found there may well have saved my life. I developed horrible, life-altering tinnitus after having a patulous eustachian tube. I went to the top ear doctor in Los Angeles and he prescribed a number of things – among them, the antidepressant amitriptyline. Shortly after I started the amitriptyline my tinnitus got worse. I panicked. I did a combination google search of anti-depressant drugs and tinnitus and found your page. Among your FAQ’s was a discussion where you mentioned anti-depressants could temporarily make the tinnitus work but it meant the drugs were helping and to not quit. Your information was my sole deciding factor to continue the medicine and about three weeks later, the tinnitus stopped. I was probably just another page view so I wanted to make sure you know how many people you are helping. Thank you for giving me hope in a hopeless situation and much-needed encouragement when I was on the verge of quitting.

Annie Hart
Click here to order Kevin's Tinnitus Reduction Program along with his book Tinnitus: Turning Down the Volume

Already own the book?

No problem, just use this link to order the Tinnitus Reduction Program without the book

Previous: Covert Persuasion: Mastering the Science of Verbal Illusion and Reality Persuasion
Next: What Time Do Your Self Regulation Units Run Out Today?