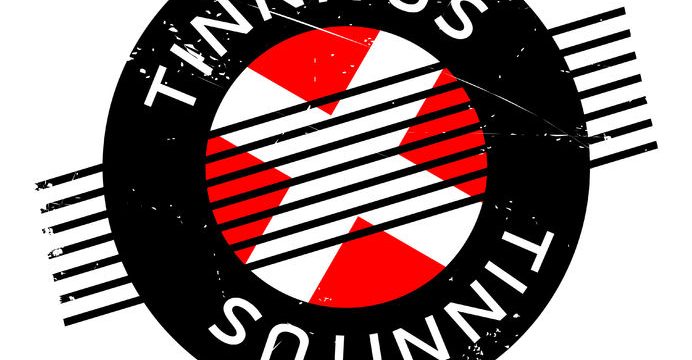 Hypnosis: Can It Really Stop Tinnitus? (Updated May 2021)

Eventually, it comes up in conversation. “I’ve heard that hypnosis can stop tinnitus, is that true?”

Much to the surprise of any seasoned clinical hypnotherapist who has consistently tried and failed to help clients with tinnitus, there is a model of hypnosis that can play a role in eradicating tinnitus. When the New Hypnotherapy Handbook model of hypnosis doesn’t eliminate tinnitus it normally reduces the volume and the stress and negative emotions surrounding tinnitus.

Unfortunately the model of therapy taught in most certification courses is not effective in helping those who suffer with tinnitus. With the right tools however, good to excellent results in tinnitus reduction can be achieved.

Why don’t more in the public pursue such a successful therapy?

It would seem that there is a perception of hypnosis that is negative in the minds of many. Why this is, can generally be attributed to the media’s portrayal of hypnotist’s in general. People seem to relate hypnosis to the surrender of will to another person…that is until they actually participate in hypnotherapy or say, learn self hypnosis and discover it is very different indeed.

Hypnosis is an old word that once meant sleep, another misnomer. When a person is in a “state” of hypnosis they are actually in the exact opposite state of sleep! For results to be attained, the individual must be in a state of heightened awareness, focused concentration and attention.

When a person experiences tinnitus or any illness, there are emotional clusters of feelings attached to the illness within the neurology of the brain. In psychology, these are known as “state dependent memories.” The memories are so powerful because of the emotional attachment to them. With tinnitus, the emotions can run the gamut from anger to anxiety and distress to depression.

The hypnotherapists job is two-fold. The therapist must desensitize or defuse the emotional intensity from the associations so that the person has a better opportunity for improvement. Once the emotional clusters have been removed, the therapist will help the client’s unconscious mind focus on other stimuli than the noise. Combining CBT with diffusion can make for a valuable approach.

Unfortunately most hypnotherapists weren’t trained to do either of these crucial elements of tinnitus reduction. The work is meticulous in nature requiring numerous sessions of therapy. Over the years I’ve seen as many as 200 sessions necessary or as few as two. Tinnitus reduction is sometimes one of the most complex processes in human experience.

It is this form of hypnotherapy for tinnitus reduction that has been studied on several occasions with results of measurable improvement ranging from about 2/3 to 3/4. (See below for the proprietary program I developed specifically for tinnitus sufferers, now 22 years in the making.)

It’s important to note that hypnosis is 100% safe for the client with one caveat. It is extremely critical that an individual NOT use hypnosis until the pathology has been determined by a medical doctor. It would be foolish to silence the noise of tinnitus that is caused by a tumor.

There are two kinds of sessions you can benefit from with a tinnitus expert. Each therapist has a slightly different style. However there is a hypnotherapeutic model that has been shown to be most effective in reducing tinnitus volume and other related somatics.

In regression therapy (similar in some respects to non-Freudian Ego State Therapy) the client is triggered to the time before the onset of the tinnitus to discover the trigger of the noise if it is unknown. Approximately half of all individuals do not know how their tinnitus onset. This will come out in therapy in most cases. Generally speaking, from this point the therapist can help the client in a couple of ways. There are similarities between “regression” and the desensitization (CARPETS) model.

“Sub-Routine Therapy is another skill set of a seasoned hypnotherapist. Sub-Routine Therapy can be used effectively for tinnitus reduction. Generally speaking hypnotist’s work under the assumption that the nonconscious mind always does what it “thinks” is best for the survival of the individual. There are parts of the nonconscious that regulate heart beat, breathing, and blood flow among all the other neurological functions of the body. All of these can be altered in hypnosis by working with the nonconscious.

In Sub-Routine Therapy, we discover what “part” or element of the brain and/or mind is “maintaining” the noise of tinnitus and we negotiate with that part to tell us why the noise is being maintained. Quite often it comes up in therapy that the noise is a signal or a PERCEIVED metaphor of a signal to the conscious mind. Often it is a message to begin to listen to the self or others or to make a major life change, often work related. Frequently, when the part is satisfied that the message can get “through” without the noise, the part happily gives up it’s “job” and rests. Sub Routine Therapy can be miraculous in nature. This author has personally participated in remarkable sessions using this therapy.

It should be noted that quite often there is no mysterious “part” holding the tinnitus in place. Tinnitus, unlike so many things has a multitude of causes and a multitude of reinforcers holding sometimes multiple noises in place.

Suggestive therapy is hypnotherapy that works by suggestion. It is the quickest form of hypnosis that generally works via post-hypnotic suggestion. In this form of therapy, the therapist does not look for causes or parts. Here, the therapist is only concerned with future events and offers the unconscious suggestions. For example:

Of all the approaches, suggestive hypnotherapy has proven to be the least effective.

An excellent therapist will incorporate all three of these general therapies in addition to teaching the client self-hypnosis (see below) for the purpose of distracting the mind from the tinnitus.

Self hypnosis can sometimes be used to relax and experience calmer states of mind without the need of seeing the therapist. It often depends how loud the volume is. Sometimes a program such as the one I created and is shown below is best used here.

Hypnosis is not a cure for tinnitus. Hypnosis is an extremely affordable and very helpful therapy for reducing or eliminating the noise and/or the emotional impact of tinnitus. Depending on the cause of the tinnitus and the psychological status of the individual, hypnosis will generally surprise the client with it’s seemingly amazing results.

Previous: How Boring People Persuade, Smart People Blow It
Next: Persuasion 2021: Influence Changes – You got it here FIRST
By continuing to browse the site you are agreeing to our use of cookies