The 1 Persuasion Strategy That Never Fails

It’s simple: Take this article, nothing else. Do what it says with your friends, family, clients, and they will not be able to resist your desired outcome. Really. 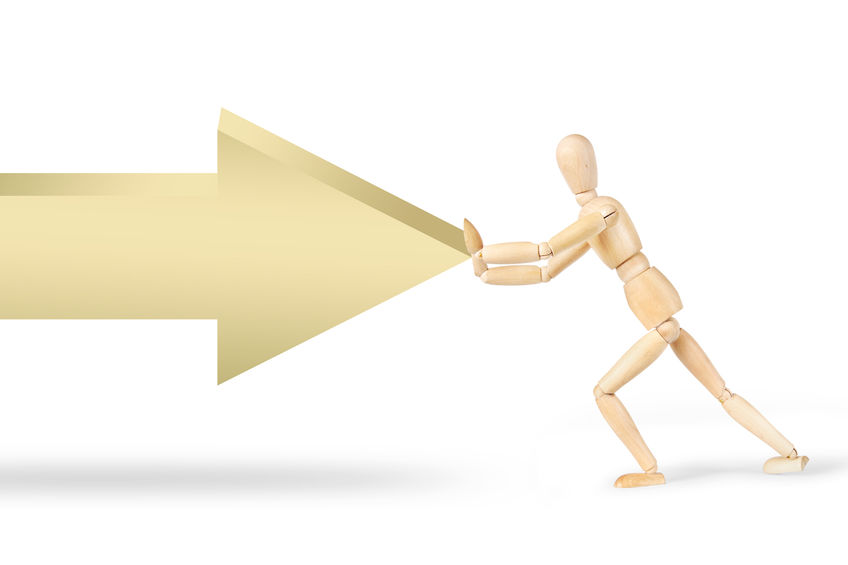 The first movement in the direction of change, triggers resistance.

You already know that the “status quo” is a wicked problem that each of us faces when dealing with others.

Here are a few things that were the status quo that were successfully changed. Watch and see how…

You get the idea. Imagine how life would be different had these things not changed.

The status quo is often entropy in process and at worst a disaster waiting to happen for almost anyone.

How might you cause the status quo to change for one person, a family, a church, a corporation, a government, the world?

If the status quo doesn’t serve a basic human desire (sex, food, shelter, clothing, learning, acquisition, security, tranquility, etc, see Covert Hypnosis CD Program for all 16.) well enough, it will eventually be turned over by the first person who can successfully appeal to one of the 16 desires.

Before I show you the four types of communication that cause rapid change, I want you to consider this.

Almost every company in the DOW (stock market) from say, 75 years ago, is long gone. Security is built into change and not the status quo, but your client believes that the status quo is the only security there is.

The Rational Way to Overcome Resistance

When you communicate to change you do so with transformation in mind. Broadly speaking, there are only five aspects of “transformational messaging.” You need to know them all.

And, there are four different processes of resistance. I’m going to show you each of these in this article and get you on the track of understanding, identifying, and solving all of them. 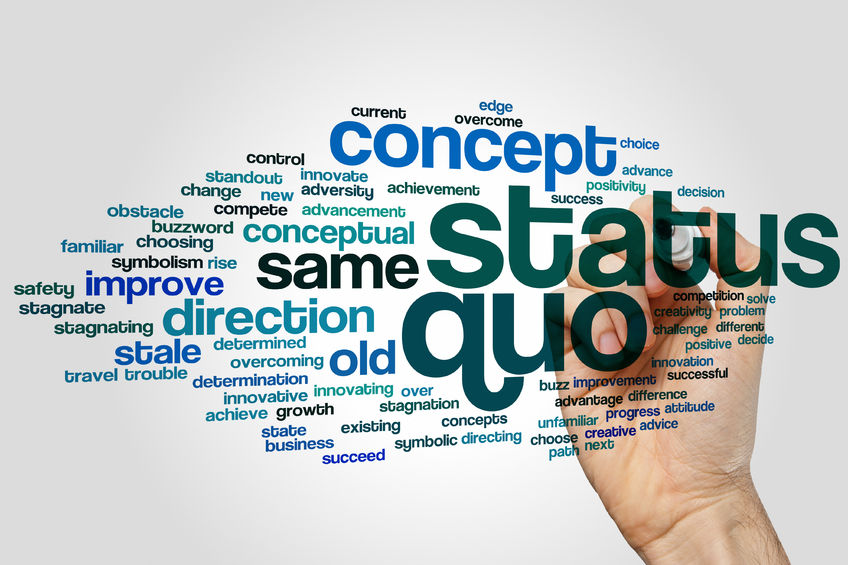 Let’s start with the 4 transformational messages that MUST be used in almost every successful communication designed for persuasion.

THEY must tell YOU what is wrong with the status quo. In their own words. Not yours.

They must tell you the advantages of change.

They must share with you an optimism for change, even if it is simply acknowledging that it is better than what they have right now.

Finally they must intend to change something about themselves.

(Then of course, they must change.)

Whether your client goes to the medical doctor, the car salesperson, the life insurance girl or real estate guy, these things must all happen for change to have ANY chance of “sticking.”

The Problem with Persuaders

What happens, though, is that persuaders tend to either tell a few stories out of context or they ask questions without thought for how the client can have flexibility in response. Many salespeople try and take the future client out of the communication interaction by forcing a specific response no matter how obvious. All of these are techniques of people who fail. 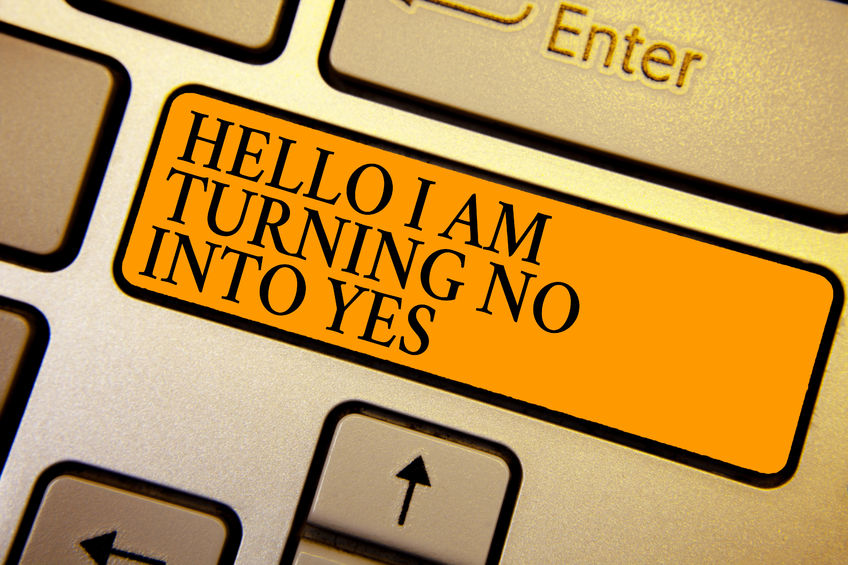 Persuader 1: So you agree that you must have something that is motivating?

Persuader 1: And you know you need to have something that is going to validate your mission statement and communicate that affirmation of the company to your employees?

Persuader 1: And you want something that is going to make you look good?

Persuader  1: Then work with us.

Sure. Lots of yeses. Cool huh? That’s what you were taught in Selling 101. So this is what to do right?

This methodology WAS the status quo of selling technique 40 years ago…and then it was blessedly buried with the dinosaurs.

YES: You must get agreement on basics.
NO: You do want to treat a client like an automaton.

KEY: When you ask questions, you don’t need to have every answer or solution ready to bash them over the head, but you must have the ability to figure out the solution with your client.

Remember the story I sometimes tell of the wife who tries for hours to fix something at home?

The guy comes home from work. She’s in a bad mood. He’s fine. She tells him how hard her day has been trying to fix this thing. He walks over to it and immediately turns a screw and poof it works instantly. Should make the world a better place and the wife happy, right?

You’ve got to be kidding.

People need to FEEL COMPETENT. They don’t only want a result. Absolutely, positively NOT.

They don’t ONLY want a problem solved. They want to FEEL competent and as if they are part of the solution. If you fail to accomplish this, you will lose far more often than you win even though you immediately solve their problem….

The Prospective Client above doesn’t want to be boxed in to your box with you. They must HAVE and FEEL freedom to think, feel intelligent, experience self esteem when talking to you and KNOW that you understand their business, life, problems before they say “yes!” to you.

Here’s what I do when I am communicating with a prospective client about speaking with their group at a meeting or perhaps giving a training in influence or body language. 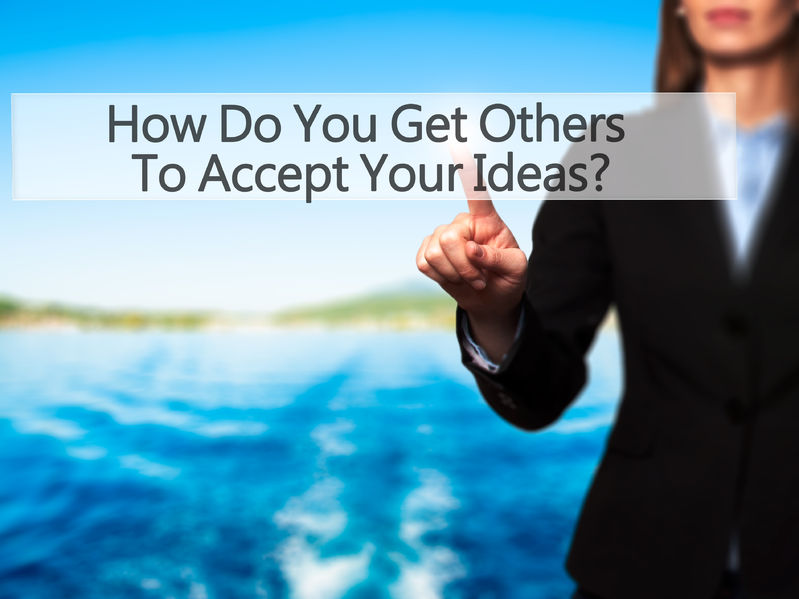 I formulate a series of questions. Some of these are relevant to my fee, but most aren’t. Most are relevant to the content of my presentation and what the current state of the company/department/association is. I’m always sensitive to the reality that the person I’m talking to doesn’t want to share a lot of this information that is “private.” I also know (and so do they) that if they don’t tell me this information they will get just another motivational speech that takes 100 people away from their job for a couple of hours and gets them nothing in return for a couple of hours.

Those questions show the planner that she has (most likely) contacted the right person.

I’m not worried about “losing the gig.” If the client can’t handle working with someone who understands their business, they shouldn’t hire me. When I walk in the door I will be able to sell their product or service. I will know it inside and out. I will know how their company “thinks.” I will be able to represent them intelligently and ethically both at the meeting and when I talk about them in the future.

Based on what the client tells me, I will have figured out at least 5 opportunities for change and three of them will be blockbusters… In other words, all they have to do is the three things I suggest and each of the strategies will bump their business by about 5-15%.

Understanding Resistance to Talk of Change

Even though they know some of the techniques and strategies I might share with them, they aren’t DOING them and that’s the same as not knowing them…. and I will MAKE them do what it takes to be successful in their business or I WON’T come back.

One of my favorite questions to ask is, “Why did you decide to come to me to present at your event?”

This question reveals at least one of the four causes for a change. The answer to this question reduces any resistance to almost anything you might say!

I ask TONS of questions that are HARD to answer before I walk in the door. 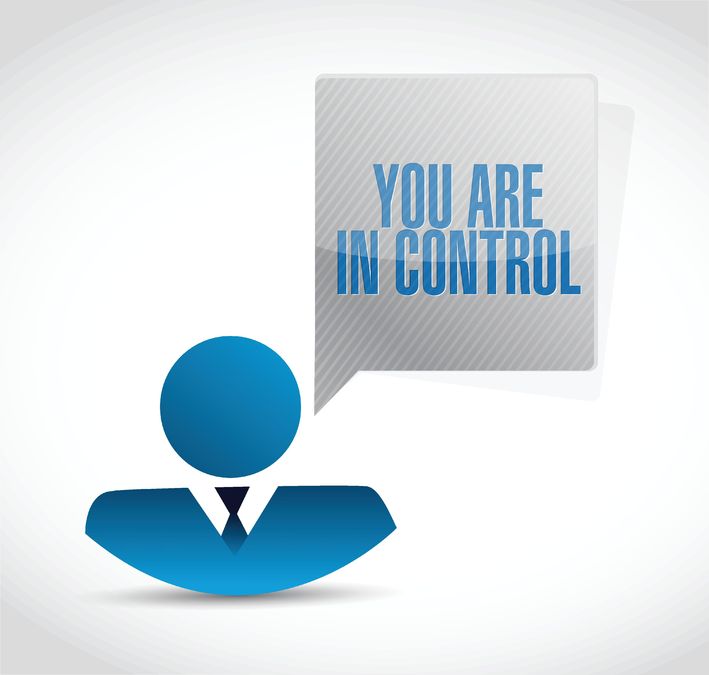 I want the company to have even greater integrity and greater profits and I find out the internal problems and then get inside of the audience’s collective head and cause the four elements of change talk noted above. Here they are again for you.

The Formula for Reducing Resistance and an Accepted Proposal

In order to get to yes though, they (your customer) need to express honest pessimism about the status quo. They have to tell me what the advantages of change are and that they have the efficacy to do so. Finally they have to want to change. Companies are made up of lots of people who can’t or don’t want to change.

Once they tell me how they can change or how I can be the catalyst or the spark…then we can and WILL all win.

But there will be resistance, even if they are calling me. (and that’s how it works in the speaking profession…they call you because they heard you were great, then don’t believe their own source and ask to watch a video…is that odd or what?)

There are four basic “processes” of resistance (not reactance which we discuss in detail elsewhere in The Science of Influence).

Four things can happen when they are in the process of arguing. These are challenges to your integrity, expertise and knowledge. And there is the smokescreen. The smokescreen is simply a sentence, question, image, imaginary concern that is stated to allow the person time to think. We’ll talk about dealing with these later.

And of course, hey will interrupt you, cut you off and take over the conversation.

They can negate what you are saying as true (about them) in one of many ways.

We’ll talk in detail about how to deal with these later. Finally, there is ‘ignoring.’

Ignoring manifests itself as resistance in three ways.

Whether you are a minister, a salesperson, a manager, a meeting planner or a counselor you are probably nodding your head salivating, saying, “WOW! I get that all the time. What does it mean?

Don’t worry it isn’t just about you. It’s about everyone. It’s how we have developed our mental models for 40 years that cause us to respond in certain ways.

And because of that…

…there are ways to handle each of them as well…

Get 12 hours of cutting-edge CDs on influence The Science of Influence Vols. 25-36: Platinum Persuasion. Most people have the first two bundles. This is the third in the series. It’s also one of the best.