Burnout? Here’s Your “Get Out of Hell Free” Card 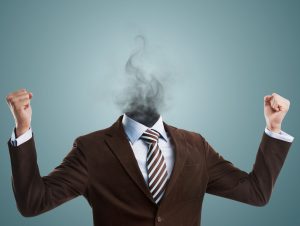 In management (at the office or in the home), it’s the same story. Burnout is more than “real,” it’s a fact of life that is one of the most important RELIABLE signals your body will give your brain!

Let’s see how this all works in real life, and why banishing burnout before sales training could make a salesperson (manager or house-husband) healthy, wealthy, and pretty smart too.

The problem lies in one of these 3 areas:

Imagine a person sells a junk product or something they currently believe is a junk product…something they aren’t certain the recipient will really want or need. They have to force one sale and don’t want to force another. They sell enough to get by…to pay the bills and quit. Their conscience, whether noticing consciously or not, stops when the bills are paid.

Someone sells one piece of junk and they get paid their “draw” or salary. They need the salary to pay the bills and stay afloat in life.

To sell another piece of junk to the same person would definitely earn the person more money, but then they would feel twice as guilty for taking advantage of the other person. The person has a conscience… A crucial ingredient in a truly great sales person and a person…period.

So, they do the minimum damage and get paid just enough to keep going. Most of the guilt they push aside. It’s there, but it is sufferable.

How do I know?

I know those feelings because I lived them in 1983.

I was involved in the sale of “time-sharing”, and I sold “space advertising” that for most would be impotent. Time-sharing at that time was all but a rip off. I didn’t know that when I started there…every salesperson did by the time they left.

The promo was great. A free dinner at a very nice restaurant. Then the brief presentation…which is more than reasonable in exchange for the dinner. 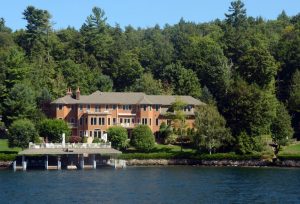 Then came the interrogation, pressure, driving guilt, arm twisting and worse…until they signed up for a VERY expensive piece of ownership of a property that when they went to sell their “time”, they would find was worth less than 20 cents on the dollar.

When sales dipped, the management wanted people to push harder.

…Reasonable if the product is good, but, fortunately, most salespeople are people and they unconsciously reacted to what they learned was a poor product by not selling any more than the minimum. When we/they didn’t have to sell from necessity, the sales didn’t happen. When you had to sell to put food on the table…you did. It was one way or the other.

By the way, I’m told time-sharing is different today and if so, that is a wonderful thing. The idea of interval ownership is a very cool idea and done well, should easily be profitable for property owner and buyer. All that for another discussion…for today let’s go on….

Now imagine this salesperson has been taking their “ups” and selling the heck out of them (an “up” is a disgusting word for someone that is sent up from someone or somewhere else, they are going to be “the customer”. If you are interested in looking at the timeshare…and you traveled “up” to the resort, you were an “up.”).

That salesperson has to take that emotional baggage, the guilt, the stomach churning, everywhere they go after working for this company or selling this product… until they do therapy…by themselves or with someone else.

A gentleman came up and talked to me at a convention last year. He asked if he could pull me aside and ask an important question.

He told me he worked for a major pharmaceutical company. He told me how their product lines were not good when compared to those of company X. He told me that company X products in fact almost always tested better in studies and that their sales and commissions were higher. He was frustrated.

“Kevin, how do I sell more against this kind of competition?”

“Go to the local sales manager at Company X, tell him what you just told me and he will hire you ON THE SPOT.”

And that is yet another problem. When you don’t sell a good product or at least a product that is something people want or need or a good value…you have nothing but long-term problems that haunt every day…

But they usually don’t get therapy…and they don’t tell anyone…who would they tell? Their company? Their manager? Their wife? Their kids? Their neighbor? No, it’s like telling people you are an arsonist. “Hey, I set houses on fire and I don’t feel good about it…”

They go somewhere else and sell something that is a good product. Maybe they sell something of incredible value. Maybe they work for Johnson and Johnson or Proctor Gamble or go into business for themselves….and simply produce the best stuff on the planet. That should take care of everything…right?

They stink there too. Now they finally have a good company, good product and they can’t sell. What’s up with that?! 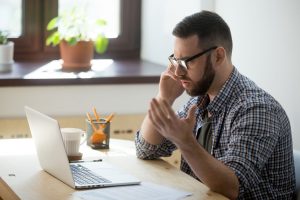 What’s happened is that they start to think that they “can’t do it.” ….that they were “good once,” and just don’t have the “knack” anymore. They are “burned out.”

Can This Salesperson Be Saved!?