Stopping Interruptions That Trigger, “No” p. 2

A Powerful Tool of Marketing 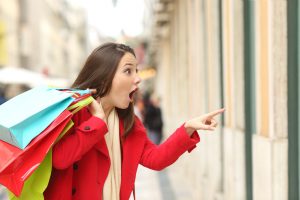 One of the most useful subsets of interruption and effective tactics in persuasion is surprise (a.k.a. novelty).

Humans typically are engaged with surprise. It captures and at least temporarily holds our attention and changes the thinking processes that were happening just prior to the surprise.

But just because something is different, doesn’t make it desirable, likeable, or agreeable.

For example, the vast majority of humans tend to filter out information that provides evidence for what they don’t believe or agree with. People ignore information that doesn’t support their previous conclusions.

So, to get attention, you have to be different, novel, unique.

To get liking and approval, you have to be similar in some fashion. 🙂

People want to have the “right words” to say because they tend to think of communication and persuasion in terms of those words, phrases, fragments, and being right.

You have a challenge far bigger than words. You must be different enough to gain attention and similar enough to get someone to buy.

We all wish we could pick the right color, say the right word, essentially not have to think, and in so doing make no mistakes and get paid wild amounts of money.

But as you can see, none of that instantly works; so instead we need to understand covert influence theory.

Theory is the evil word in all learning because people are mentally lazy.

“Theory” simply means to have a model based upon observation, experimentation and has the unique value of being falsifiable.

In other words, if you have an idea and it is a theory, you can find out if you are right or wrong.

If someone says something to another person and the person buys their product, the salesperson will likely think it was because of what they said.

Of course that is probably the furthest thing from the truth and they have no idea whether it’s provable or not.

That causes just one or two things.

Now, here is a neat example of hidden influence that draws on the concept of surprise and interruption. I confess, I never would have thought to study this….

It’s often surprising to listen to people. They can be observing a violent act on television or in a movie theater and yet when asked about it, they might say, “yeah but it sort of makes sense.”

And you are sitting there wondering how the heck someone could ever conclude such a horrible thing.

People are typically only reporting on what images, feelings and stimuli that are triggered into their brain. And only part of that comes from the TV, the movie or speaking with you.

Most of it has nothing to do with any of the above.

For example, how might washing hands impact whether people say good/bad or yes/no? 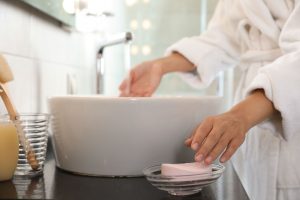 In one experiment, students watch a ‘disgusting’ film clip before rating moral dilemmas. However, half the group were asked to first wash their hands. Those with freshly washed hands exercised less severe moral judgment than their counterparts.

New research in Psychological Science, a journal of the Association for Psychological Science, has found that the physical notion of cleanliness significantly reduces the severity of moral judgments, showing that intuition, rather than deliberate reasoning can influence our perception of what is right and wrong.

Lead researcher, Simone Schnall explains the relevance of the findings to everyday life; “When we exercise moral judgment, we believe we are making a conscious, rational decision, but this research shows that we are subconsciously influenced by how clean or ‘pure’ we feel.

“Take for example the situation of a jury member or voting in an election – if the jury member had washes their hands prior to delivering their verdict, they may judge the crime less harshly.

“Similarly, someone may find it easier to overlook a political misdemeanor had they performed an action that made them feel ‘clean’ prior to casting their vote.”

The research was conducted through two experiments with university students. In the first, they were asked to complete a scrambled sentence task involving 40 sets of four words each. By underlining any three words, a sentence could be formed.

For the neutral condition, the task contained 40 sets of neutral words, but for the cleanliness condition, half of the sets contained words such as ‘pure, washed, clean, immaculate, and pristine’. The participants were then asked to rate a series of moral dilemmas including keeping money found inside a wallet, putting false information on a resume and killing a terminally ill plane crash survivor in order to avoid starvation.

The second experiment saw the students watch a ‘disgusting’ film clip before rating the same moral dilemmas. However, half the group were asked to first wash their hands.

The findings from both experiments demonstrated that those who were subject to the cognitive feeling of cleanliness exercised less severe moral judgment than their counterparts.

When THEY feel clean, they will be easier on you and more likely to see you in a positive light than when they don’t feel clean.

It might pay to keep two bars of soap and towels with you wherever you go.

Where can you get more of the most innovative and cutting-edge influence and persuasion strategies and tactics?

Covert Influence: Hidden Persuaders They
(Your Competition) Don’t Want You to Have

Influence Without Resistance. What’s the Key Factor? You’ll have most amazing, truly stunning tactics in predicting what and how your client (spouse, child, customer, read: anyone) will choose. Thus, you are a step ahead of anyone else in implementing the most powerful phenomena in consumer research today. Find out with this program!

Creating Irresistible Impulse. The button is there (for everyone); it just needs to be pushed. What are some of the irresistible impulses marketers are using on you? How can you take advantage of these tactics yourself? It’s all here in this section. Kevin details the marketing phenomenon that pushes the buttons…all the way to irresistible.

Tapping into Human Desires & Emotions. With just ONE change in strategy, a non-profit organization can get 5 times the donations. What can this strategy do for you? You can’t afford NOT to implement this tactic now.

Desires and Emotions… That Influence. You’ve heard some rumors, I’m sure about negative emotions and positive emotions in the influence process. But do you know what actually works, and what to emphasize in the process, and when? Find out once and for all!

Tribes. You’ve heard the term. What does it describe? How does it come into play in the influence process? Most important, how do you utilize the concept of the Tribe in order to make more sales? It’s all here… Kevin explains about subgroups and how to make appeals based on whether a group is “in” or “out”. This is cutting edge research that benefits you.

Covert Influence…to Control Behavior. You’ve seen the signs. Above the candy jar, tacked to the break room wall. Even posted on a fence, or highway. How do signs really influence? What elements should be used in signs to covertly control behavior? Fascinating new research uncovered for you!

Get Your Copy Today