Just 30 years ago, women rarely committed violent crimes. Today, women are catching up with men in the crime department.

30 years ago, women made about 65 cents to the man’s dollar. Today, single women with no kids (SWINKS) out-earn their male counterparts.

30 years ago, women were just starting to catch up with men in educational degree attainment. Today, women get about 55% of all Bachelors Degrees.

Women have become “more like men,” in other ways, as well.

30 years ago, women reported having significantly fewer intimate relationships per year than men did. Now, they are just about even.

30 years ago…well, you get the idea. Bob Dylan said, “The times they are a changin’….” and they really have.

Today, if you are a woman and want a job, the probability is very high that you will have a job shortly. Female unemployment in the USA is dramatically lower than male unemployment. 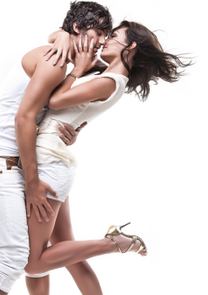 As women culturally evolve, they have become more choosy in who they want as a permanent partner. Interestingly, where wealthy men prefer younger women, wealthy women prefer older men. But that’s not as interesting as ….the rest of the story…

Beauty is a Necessity

Beauty is one of those things that stirs emotions about as deep as anything. People want, and in fact, on some levels, people NEED to be as beautiful as they possibly can be.

Take a step back for a minute and consider…

Studies have shown that infants and children who are seen as unattractive are beaten and abused by their mothers far more often than their attractive counterparts.

We could stop there; but even after childhood, the challenges continue. The woman who is average or below average in appearance, that woman’s chances of ending up with a financially successful and attractive hubby by mid-life are greatly reduced. And what about after hubby bites the dust?

The less attractive women end up with very little money in inheritance and accumulate almost no net worth whether on their own from their own career, or received from their hubby in the will.

Ah, and what if the woman decides to go into the concrete jungle?

Attractiveness is crucial to a woman’s salary and advancement.

That changed, as well. Those were the days of Mad Men.

Unattractive women are advanced less often and with less salary increase than their attractive counterparts to a much greater degree by their women superiors than male.

Attraction and Net Worth

OK, so JUST HOW MUCH better do attractive women do than unattractive women in net worth? Last time I looked it was staggering. Something like 100 times greater net worth was experienced compared to unattractive women. To this day, that money is usually accumulated by the husband, but not always. (I’ll share the data later; we have enough for this article today!)

And there is more. 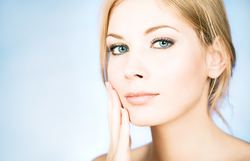 Recently, a mathematician came out with a program where a computer can calculate whether a woman is beautiful or not. And it does so with surprising accuracy. The reason it works so well is because there are specific aspects and attributes that are “visible” to a machine that are quickly measurable.

Scary that a photograph of a woman can help you predict her likelihood of success on the job, financial accumulation and whether she was beaten by her Mom or not.

And now, there is new research released from the University of Texas, Austin that shows that things go far beyond “male dominance” or “cultural norms.”

The advantage of beauty appears to be big in one of the most important ways.

The release reporting the new study reveals that, although many researchers have believed women choose partners based on the kind of relationship they are seeking, in fact, women’s preferences can be influenced by their own attractiveness.

We used to think that just what women REALLY value depended on the type of relationship they were looking for. At least that’s what women reported 30 years ago. 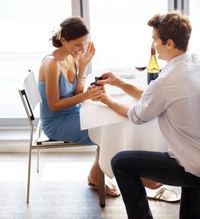 Women said they were looking for long-term partners and wanted someone who would be a good provider for them and their children, but women seeking short-term flings in 2011, care more about masculinity and physical attractiveness, features that may be passed down to children.

Buss and Todd Shackelford, psychology professor at Florida Atlantic University, have found women ideally want partners who have all the characteristics they desire, but they will calibrate their standards based on their own desirability.

And this trait, while not unique to women, is more adhered to by women.

“When reviewing the qualities they desire in romantic partners, women gauge what they can get based on what they got,” Buss said. “And women who are considered physically attractive maintain high standards for prospective partners across a variety of characteristics.”

Just What Do the Most Attractive Women Want?

The researchers identified five categories of characteristics women seek in a partner:

Most women attempt to secure the best combination of the qualities they desire from the same man, but the researchers said a small portion of women who do not find a partner with all the qualities may trade some characteristics for others.

Although women’s selectivity across categories reflected how attractive they appeared to other people, the researchers found the characteristics men desired in a partner did not vary based on their own physical attractiveness.

What is the bottom line for attractive women?…

Does Attractiveness Matter for Men?

In fact, we know from previous research that a man’s attractiveness does matter in all aspects of life. Just recently, it was found that almost all Fortune 500 CEO’s are NOT bald even though about 35% of men in the population are indeed bald.

Stated another way, there is a huge bias against men without hair making it in CEO positions! 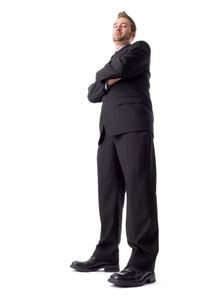 We also know factually that those same Fortune 500 CEO’s are likely to be significantly taller than their counterparts in the real world.

Facial attractiveness in men doesn’t pay off for them like it does women, however.

In romantic attraction, however, things are different.

In short, the data suggest that whether you’re a man or a woman, being attractive is just as good for your romantic prospects and, to a slightly lesser extent, so is being a good earner. 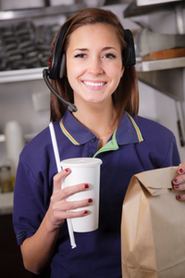 Yes, men are evolving as well. 30 years ago, the few Nonverbal Communication courses that were available made clear that almost all men preferred the attractive woman wearing the McDonalds uniform over the average looking woman who was dressed in attire that showed her to be quite wealthy.

That has begun to change, as well.

For a month, the romantic lives of study participants were scrutinized, including their prospects within and outside of a speed-dating event.

What people said and did in choosing romantic partners were two different matters.

“True to the stereotypes, the initial self-reports of male participants indicated that they cared more than women about a romantic partner’s physical attractiveness, and the women in the study stated more than men that earning power was an aphrodisiac,” said Paul Eastwick, lead author of the study and graduate student in psychology in the Weinberg School of Arts and Sciences at Northwestern.

It’s no longer just about her looks for single men. They, too, want to see the green…or gold!

Top Traits for Both Men and Women Today

“In other words good looks was the primary stimulus of attraction for both men and women, and a person with good earning prospects or ambition tended to be liked as well,” said Eli Finkel, assistant professor of psychology at Northwestern. “Most noteworthy, the earning-power effect as well as the good-looks effect didn’t differ for men and women.”

Participants’ preferences based on their live romantic interactions (what actually happened) contrasted with the ideal sex-differentiated preferences that they reported 10 days before the speed-dating event.

“We found that the romantic dynamics that occurred at the speed-dating event and during the following 30-day period had little to do with the sex-differentiated preferences stated on the questionnaires,” said Finkel.

The speed dating methodology gave the researchers an opportunity not available to earlier generations of researchers to compare stated romantic preferences with actual choices participants made about a series of potential partners.

The discrepancy between what people did and said in this dating situation fits with other research that shows that people often do a poor job explaining why they do things, often referring to accepted cultural theories to explain their own behavior.

The speed-dating methodology allowed the Northwestern researchers to move beyond the abstract world of romantic ideals to see how people actually rated a number of flesh-and-blood people regarding physical attractiveness, ambition and earning power.

And just what DO they value in a romantic partner?…

Women and Men’s Desires, Not So Different, After All?

What about the academic argument that men are primed much more than women to highly value beauty in romantic partners in an evolutionary quest for health, fertility and preservation of the gene pool?

The new Northwestern research poses at least as many questions as it answers about the differences between the sexes.

Is it possible after all that, when it comes to romantic attraction, men aren’t from Mars and women aren’t from Venus? The new study suggests that both sexes actually have similar romantic responses to each other right here on planet Earth.

“Sex Differences in Mate Preferences Revisited: Do People Know What They Initially Desire in a Romantic Partner?” was published in the February issue of the Journal of Personality and Social Psychology. Northwestern University .

Physical attractiveness is important in choosing whom to date. Good looking people are not only popular targets for romantic pursuits, they themselves also tend to flock together with more attractive others.

All of this causes one question to come to mind.

Do more attractive versus less attractive people wear a different pair of lenses when evaluating others’ attractiveness?

Columbia University marketing professor, Leonard Lee, and colleagues, George Loewenstein (Carnegie Mellon University), Dan Ariely (MIT) and James Hong and Jim Young (HOTorNOT.com), decided to test this theory in the realm of an online dating site. The site HOTorNOT.com allows members to rate others on their level of physical attractiveness. 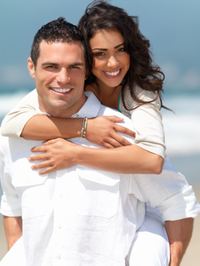 Furthermore, people prefer to date others who are moderately more attractive than them.

Compared to females, males are more influenced by how physically attractive their potential dates are, but less affected by how attractive they themselves are, when deciding whom to date.

A Universal Standard of Beauty? 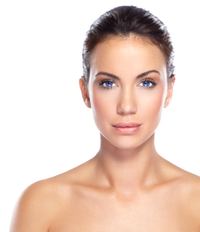 Also, regardless of how attractive people themselves are, they seem to judge others’ attractiveness in similar ways, supporting the notion that we have largely universal, culturally independent standards of beauty (e.g. symmetric faces).

KEYPOINT: People of different physical attractiveness levels might instead vary the importance they place on different desirable qualities in their dates.

[Adapted from Association for Psychological Science. Beauty Bias: Can People Love The One They Are Compatible With?]

A Change of Face?

Although changing facial characteristics is a tough thing to do, there are other factors in overall attractiveness (weight for example) that are controllable.

And how those factors add up can make a big difference over the course of a short life (in the case of children) or a long life (once adulthood is reached) all the way to what is left behind for the family.

See Kevin Hogan “Live” in person, or participate in an online E-course with personal attention from Kevin Hogan! Attend an online tele-seminar!