Social Research that Will “Up” Your Sales

Understanding how to sell or market is made clear by understanding what causes people to make decisions. 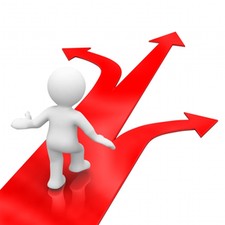 People who sell a product without understanding how and why people make decisions are using a dying sales and marketing model that will eventually become extinct.

Fortunately you’ll be way ahead of the curve.

The old way of selling and marketing, used by about 97% of people to this day is all about meeting someone, getting their attention, identifying needs, closing the sale. That kind of stuff.

That poor guy will “close” 10% of his appointments. “It’s a numbers game.”

The smart marketer and salesperson (hey, someone who has Science of Influence 1-60) realizes that the reason the other 90% said, “no,” is because selling has always been about the salesman and what the salesman “does.”

What do People Want?

Earlier this year, some really cool research was reported that shows that:

The research is shown below but here is the “what’s in it for you” (take away).

How Do You Utilize This Information?

Your clients or future clients fall into one of the these categories. If they aren’t taking advantage of enough of your services, i.e. they are below normal….and you make it known in some logical way, they are going to give you more business.

If your clients or future clients are giving you far more business than the average, you may not want to tell them that, unless it is EVIDENT that the rest of the world, or his customer or competitors or whoever he needs to feel good before, sees what he has done. In other words, if it’s just you and your client, shut up or you’ll lose business. If you can give them an award, recognition that is seen by others, lauded at the meeting….then by all means do so, and you will reinforce the continuance of business.

The same is true of course, in getting business in the first place.

Remember, most people want to be normal.

So, when we are given information that underscores our deviancy, the natural impulse is to get ourselves as quickly as we can back toward the center.

How Do Marketers Use This Info?

Marketers know about this impulse, and a lot of marketing makes use of social norms. This is especially true of campaigns targeting some kind of public good: reducing smoking or binge drinking, for example, or encouraging recycling.

The problem with these campaigns is that they often do not work. Indeed, they sometimes appear to have the opposite of their intended effect.

Why would this be? Psychologist Wesley Schultz of California State University, San Marcos believes that despite the fact that we want to be normal, most people are very bad at estimating what normal human behavior really looks like.

For example, many people probably think it’s typical to spew 11 tons of carbon into the world every year, while others might think that a couple tons is probably closer to the mark. But, when Al Gore tells us that the national average is in fact 7.5 tons, he likely is sparking two very different reactions: Some feel guilty for being so gluttonous. But others probably react: whew, did something right for a change.

Some may adjust their thermostats out of guilt, but those feeling self-righteous are not going to do that. It would not make any sense.

Indeed, Schultz and his colleagues suspect that people who are already performing better than the norm may also adjust–but in a socially undesirable way. That is, they also move toward the center, seeking out the average, but in their case by increasing their energy use. This boomerang effect could in theory offset any greening of behavior and account for the overall ineffectiveness of such marketing strategies.

Schultz decided to test this idea in the real world.

He enlisted nearly 300 residents of San Marcos, California, who agreed to let him monitor their home energy consumption. He measured their energy use once to start, again soon after, and once again several weeks later. Throughout the experiment, he gave them information about their actual energy use and how it compared to the average energy use in San Marcos.

Schultz wanted to test one additional idea. With some of the households, he did not just deliver straight information. He attached an emoticon to the information sheet.

If the homeowners were below the community average in energy use they got a smiley face; if they were consuming more than their neighbors were, they got a frowning face. He wanted to see if social approval or disapproval–conveyed by the emoticons–might moderate people’s behavior, for better or worse.

The results were clear.

As reported in the May issue of the journal Psychological Science, the residents who got just straight information changed their behavior as predicted. That is, wastrels became more conservative, and the frugal became more licentious. There was a boomerang effect in other words.

However, the greener consumers who also got praise, in the form of a smiley face, did not become more wasteful. The message they were getting was something like: “You’re doing better than most on the environmental front and society applauds you for this. Keep it up.” And they did.

How about the frowning face, the stinging symbol of society’s disappointment with you?

Well, people who earned a frown did moderate their consumption, but no more than those who simply learned of their excessive energy consumption.

Note: The second half of this article has been adapted from a news release issued by Association for Psychological Science.

Learn more or get your copy now!

You are the first to have this incredible program and I am proud that you will.

You’re going to have it all in your copy of:

Science of Influence V – Get your copy now!