Want to Know What Gets Them to Say “Yes?”

The researchers have concluded that questions that seem like polite chitchat actually soften you up for “a pitch.” And this strategy even succeeds at increasing donations. 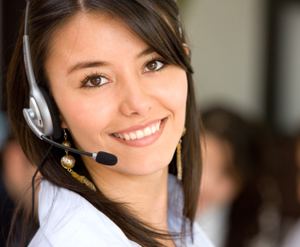 (A lot of people STILL use the word “pitch” for a proposal or offer. It bugs me but I bug them in other ways.)

The next time a telemarketer opens with a friendly question, you might stop and wonder why.

A study in the Journal of Consumer Research shows that it is surprisingly effective when salespeople or fundraisers ask how your day has been or which football team you support before broaching the subject of a purchase or donation.

“Across six field and lab studies we found that influence agents’ initial questions deplete the self-control resources that are needed to resist an unwanted influence attempt,” write the authors.

(I had NEVER thought of this. And it is a rather massive aha.)

“This state of reduced self-control renders consumers vulnerable to the persuasion ploys foisted upon them by influence agents, thereby resulting in increased willingness to acquiesce to the agent.”

The researchers broke down the process into two stages. The first is the initial question, or series of questions, that softens up (researchers words, not mine) the listener and gets him or her to essentially yield to the request.

The first step takes away some of the resources we might normally use to control our spending and refuse the request.

The second stage is when the actual appeal is made. In a state weakened by answering questions, we end up giving more, the authors explain.

So when a telemarketer asks “How are you today?” consumers can be considerately skeptical of what is coming next.

Key Point: “The initial act of answering seemingly harmless questions is enough to produce a state of mindlessness which increases the odds of complying with a larger target request,” the authors conclude.

[I didn’t say that, the researchers did, but I want to give you more of what they say in the details…]
Turn the page