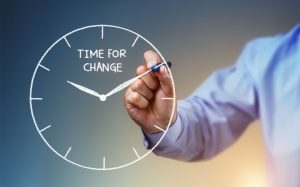 People adhere to what doesn’t work in life for about as long as they possibly can.

There are gurus that will tell you that change happens “in an instant.”

And a change in DIRECTION DOES happen in an instant. But, the result of THAT change is down the road.

Change Can Be Easy…But…

Imagine a plane is on course from New York To Los Angeles. The pilot finds out his instruments are wrong and he’s almost to Orlando, Florida. He’s got to change direction, take a hard right and head to L.A.

The second he changes direction… well… his direction changes. But without the power of engine technology, he would quickly be turned around by the jet stream and be on his way right back to Orlando.

Turn off the engines and the plane goes down over the eastern edge of Alabama.

Change does happen in an instant.

Change that lasts requires a commitment to change. It requires keeping the jet engines receiving fuel and an unyielding movement forward into the headwinds of the jet stream that by nature takes you back east.

Almost every aspect of life is the jet stream.

People hate stuff that is down the road. They want comfort today.

Humans are, by nature, simply lazy until they get hungry, or need to have one of their core desires met. Humans are comfort creatures that eat comfort foods and seek out comfortable situations that their ancestors have been experiencing for years and years and years.

Think about it. They took the first major job they found and it took a big wrench to get them out of that job into something else … whatever the situation.

The difference between success and failure is getting OUT of lazy mode for some extended period of time. 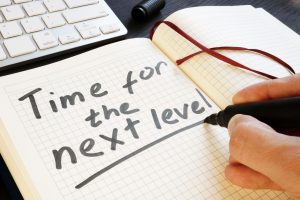 Losing weight and keeping it off is essentially as simple/difficult as building wealth.

Either is a daily choice. You either are going to do it today or you won’t.