She Never Forgets the Fight… He Does. Problem? 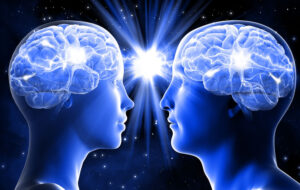 A team of psychologists tested groups of women and men for their ability to recall or recognize highly evocative photographs three weeks after first seeing them and found that the women’s recollections were 10 percent to 15 percent more accurate.

The study, appearing in the Proceedings of the National Academy of Sciences, also used MRI scans to capture the subjects’ brains as they were exposed to the pictures. It found that the women’s neural responses to emotional scenes were much more active than the men’s.

Turhan Canli, an assistant professor of psychology at State University of New York Stony Brook, said the study shows that a woman’s brain is better organized to perceive and remember emotions.

“The wiring of emotional experience and the coding of that experience into memory is much more tightly integrated in women than in men,” said Canli, the lead author of the study. “A larger percentage of the emotional stimuli used in the experiment were remembered by women than by men.”

Other authors of the study are John E. Desmond, Zuo Zhao and John D. E. Gabrieli, all of Stanford University.

The findings are consistent with earlier research that found differences in the workings of the minds of women and men, said Diane F. Halpern, director of the Berger Institute for Work, Family, and Children and a professor of psychology at Claremont McKenna College in California.

Halpern said the study “makes a strong link between cognitive behavior and a brain structure that gets activated” when exposed to emotional stimuli.

“It advances our understanding of the link between cognition and the underlying brain structures,” she said. “But it doesn’t mean that those are immutable, … that they can’t change with experience.” 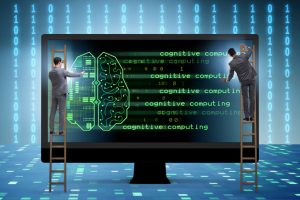 Halpern said the study also supports earlier findings that women, in general, have a better autobiographical memory for anything, not just emotional events.

She said the study supports the folkloric idea that a wife has a truer memory for marital spats than does her husband.

“One reason for that is that it has more meaning for women and they process it a little more,” said Halpern. “But you can’t say that we’ve found the brain basis for this, because our brains are constantly changing.”

In the study, Canli and his colleagues individually tested the emotional memory of 12 women and 12 men using a set of pictures. Some of the pictures were ordinary, and others were designed to evoke strong emotions.

As the subjects viewed the pictures, images were being taken of their brains using magnetic resonance imaging. This measures neural blood flow and can identify portions of the brain that are active.

Canli said women and men had distinctively different emotional responses to the same photos. For instance, the men would see a gun and call it neutral, but for women it would be “highly, highly negative” and evoke strong emotions.

Neutral pictures showed such things as a fireplug, a book case, or an ordinary landscape. 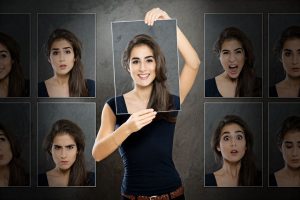 In a memory test tailored for each person, they were asked to pick out pictures that they earlier rated as “extremely emotionally intense.” The pictures were mixed among 48 new pictures. Each image was displayed for less than three seconds.

“For pictures that were highly emotional, men recalled around 60 percent and women were at about 75 percent,” said Canli.

Canli said the study may help move science closer to finding a biological basis to explain why clinical depression is much more common in women than in men.

Canli said a risk factor for depression is rumination, or dwelling on a memory and reviewing it time after time. The study illuminates a possible biological basis for rumination, he said.

You will receive my complete analysis of EVERY PHOTOGRAPH on Six (6)additional Digital Audio CDs (8 total in this course!) Your Secret Password to the Hidden Website for the Interactive Photo Gallery will come with your package.

More Information about body language or to order