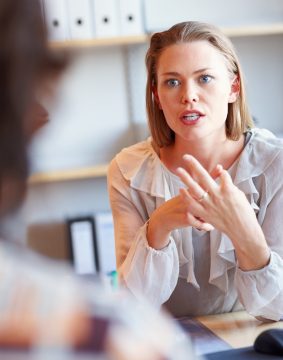 From what we already know about influence, people make knee jerk reactions to people’s requests for compliance on issues. We often say, “NO!” without knowing why…it simply “feels” right. 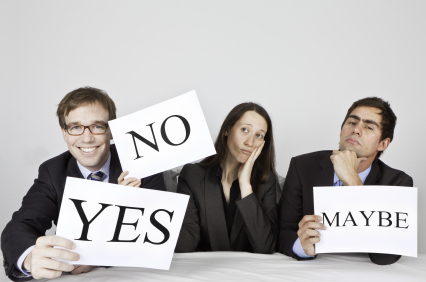 From the point of view of persuasion it’s important to not allow that “No!” reaction to take place, and if it does to disarm it as rapidly as possible. Once a person has taken a public stand on an issue it is increasingly more difficult to get them to change their mind.

In the Psychology of Persuasion

you learned about the Law of Consistency. Generally speaking this law states that people will behave in a way that they believe is consistent with their past statements about an issue, and, their past behaviors about an issue. This is backed up by numerous studies in social psychology.

Even more interesting is that research shows (Tykocinski & Pittman) that once people pass up on an “opportunity” once, they will almost certainly pass up on that same opportunity in the future. So, in the case of the lottery ticket holder, their behavior sets a precedent. Once someone passes up an opportunity, no matter how positive, they tend to decide that way in the future as well.

In general, people will avoid doing something that could be in their best interest simply because they have done so in the past.

Dr. Matthew Crawford of the University of Arkansas did an experiment where a confederate was placed in the room with subject after subject. The confederate would encourage the subjects to bet on his choice of the winner of a given football game. The confederate working for Crawford would say, “You DEFINITELY have to pick Team X.”

Half the subjects were instructed to notice and record how much they would regret their decisions if they chose X and Y won vs. they choose Y and X won. In the end the majority of the subjects said they would feel much worse defying (choosing team Y) and losing vs. complying (going with Team X) and losing. Results? 73% complied with the confederate and chose Team X.

BUT, when subjects were NOT asked to consider how they would feel about their decision (no instruction was given at all) if they chose X and Y won, or Y and X won, things were very different. Only 24% of this group chose Team X!

Without the contemplation to consider the regrets they would have, people typically responded with a polarity response, also known as a cognitive reactance. They have a knee jerk, “NO!” response, hardwired into their brain.

Finally, in Crawford’s study, all subjects were informed that their team lost. Results: Those who complied with the confederate felt much worse than those who reacted with a polarity response. (People are lousy at predicting their future feelings!)

$10,000 KEY: Having the subjects focus on the regret of both complying and reacting (polarizing) helped increase compliance and overcome resistance.

I know what you are thinking! You are thinking HOW could it be that actually putting attention on the negative, “No I will not, I am a free person and I will do as I please!” help subjects to be persuaded to do what they are resistant to?!

The question makes total sense. The fact is that people would LIKE to comply if they can see a way to do so. They simply don’t want to feel bad (regrets) about it…so the best thing to do is to “go there” and look what happens if they do AND don’t comply. This very EXERCISE of looking at BOTH sides increases the chance of compliance dramatically. 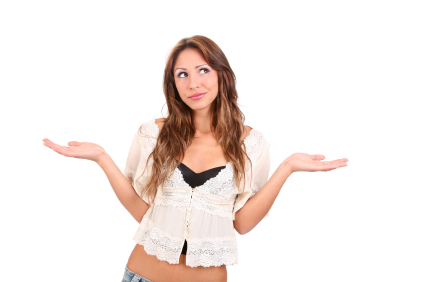 Look at the results of accumulated research:
When a confederate is in the room and supposedly siding with the person/subject who we are trying to persuade the confederate can actually “help our cause” by defiantly standing up for the point of view held by the subject. The confederate literally can say, “I haven’t made up my mind. It’s my choice, and I’ll choose what I want.”

According to Crawford, “This reinstatement of personal freedom, a release from reactance, actually increases the percentage of participants who choose Alternative A, BEYOND that of a group that NEVER had its personal freedom threatened. (Worchel & Brehm 1971). Thus the arousal of reactance and the subsequent reduction of this resistance is an effective way to INCREASE compliance.” (All emphasis mine.)

The key is to go quickly beyond “reaction” on the person’s part which is an UNCONSCIOUS reaction…and “focus on anticipated regret” which is conscious and controllable. By doing this we dramatically increase compliance. You might feel that this is counter-intuitive but it overcomes the reaction, knee jerk, “NO!” response!

Q. WHY DO WE WORK THIS WAY AT THE UNCONSCIOUS LEVEL!?

A. Crawford believes that mainstream culture values autonomy, self determination and independence, and that importance of these values is reinforced at an early age.

A. I agree but I would add that this reactionary behavior is genetically wired. Any animal that feels it is trapped and doesn’t have freedom to escape will prepare to fight or flee. That’s the “no!” response!

Therefore, the human animal when trapped will say “NO!” but when asked to ponder the feelings of the future instead of the “personal freedom” that is threatened the individual will focus on anticipated feelings of regret of NOT doing what they are being asked and are therefore more likely to say “yes” and comply. The conscious mind (left brain…say) is likely to over-ride the unconscious mind (right brain…say) and consider the options in a non-reactionary mode.

Finally, it is interesting to note that most people aren’t very good at predicting what emotions they will feel when they make a choice that doesn’t work out for the best. People often believe, “I will regret this decision so much…” when in fact they later do not feel that way, when things turned out badly. The exception to this rule is people who are constantly planning for the future and anticipating future events. Research does indicate that these people do have a better grip on what their emotions will be in the future. However these individuals are in the minority, so when someone tells you that they will feel “something,” remember that the statement is a guess and not a fact.

Previous: Identity and Passion: The Center of Achievement
Next: Sub Selves and Subroutines – Is Everyone 7 People?