Is it possible that beginning to learn the only language more important than both English and Chinese combined might be a good idea?

Every single day the press contacts me to analyze the body language of political figures, criminals, celebrities, etc. Since President Trump took office these requests have increased dramatically.

I talk to about 5% of the people who call or email. There just isn’t time.

Is Everyone an Expert at Reading Body Language?

The question you want to know the answer to is, “Why are they contacting you when we all use body language every day and at an intuitive level, we are all ‘experts’?” 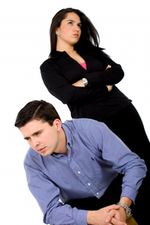 Great question. I think it requires an answer.

1) The fact is that even when people INTENTIONALLY encode their body language (they try to send a “message” on purpose), they fail at an unbelievable rate.

2) When people DECODE, they misread people almost twice as often as they read people correctly.

In other words, our “intuition” and our “best intentions”, whether separate or combined, at best are “right” about 1/3 of the time and wrong, at worst about 95% of the time.

KEY POINT: We don’t read people well and we don’t send messages well, even when doing so with full intention and great care being taken.

This means you will misunderstand the people closest to you….often.

You will try hard to communicate clearly with people, and they won’t understand you.

People will accuse you of saying and feeling and thinking things you never have said, felt, or thought.

You will be sure people said certain things and have a “gut instinct” about people and you will often be 100% wrong…but you don’t stick around to find out.

And the vast majority of all these things happen because as humans, we stink at ENCODING and DECODING body language.

There’s nothing intuitive about it at all…at least nothing that helps us understand body langugae.

Turn the page for clues on deciphering body language.

So How DO You Understand Someone’s Body Language?

What are some strategies I use that I’ve never written about or talked about before?

Imagine that you’ve been accused of a terrible crime like rape or murder.

The authorities have solid evidence you are guilty of this terrible crime…but…you are…indeed innocent.

You have one chance to get on television and make an appeal to the public that you didn’t do it.

What’s going to happen in that three-minute interview on the set?

You are going to perspire. Probably a lot. You will look white because unlike the host of the show, you have no make up on.

You will be nervous, not only about the fear you are experiencing from living the nightmarish hell you are in, but the dimension of being grilled under the lights is never so real as it is on TV. The lights are hot.

Your anxiety level goes through the room because you have a lot riding on your being on TV, or at least you think it’s important.

The evidence is read off by the host.
They look at you with those convicting eyes.
They “know” you “did it” and are just looking for you to trip up.
They read you the evidence and as they do, you get this weird belief that in some ways the evidence makes sense.

You squirm. You shift your feet and body, then realize that this might make you look guilty so you freeze.

Your voice rises in inflection because your vocal cords have tightened under the incredible stress.

Your attempts to appear calm while your heart bounces out of your chest seem impossible to maintain.

Down the street in Rockefeller Plaza there is another person being interviewed by a morning news reporter. This person is accused of committing a different but equally terrible crime. The only difference is that this person IS actually guilty.

Now, so long as they are not a psychopath or sociopath, and most people who commit murder are “normal” people like you and me, who have committed the act under heated circumstances. (Jealous lover, etc)…

There is no difference.

There is no difference in the body language of the innocent man vs. the guilty man.

The question is asked about the decedent.

“Absolutely not and we’ll be looking for the killer until we do find him.”

Maybe he points his finger at the reporter. Maybe he doesn’t. Maybe he moves forward. Maybe not.

Between the two people being interviewed at the same time, it is at this point that the body language cues and vocal variations and word choices are different.

People who are being accused of something they didn’t do, defend themselves. Flight/fight kicks in and they experience terror and give the appearance of being rather “crazy.”

Meanwhile, people accused of something they did do, don’t generally defend themselves. They shift the attention elsewhere. They are still terrified but they have practiced the interview.

Turn the page for more clues about “innocent” and “guilty” body language.

How Do You Tell the Difference Between “Innocent” & “Guilty”?

Innocent people don’t practice the interview process. They’re out there telling everyone that they didn’t do it. They’re scared about what friends and family will think. They are more likely to behave wildly….’guiltier’ than the guilty person who will be more calm, more controlled. The innocent person doesn’t think of covering up their feelings, because they are indeed innocent.

Those gestures and movements that go along with this frantic defense are the cues I look for when analyzing people under stress.

Now, don’t think this is perfect. It’s not. When someone is sociopathic or psychopathic, they don’t experience the same kinds of feelings you and I do. About 1/20 of the U.S. population is a sociopath. They could kill you deader than dead and go to work, have lunch with the wife and go to the ball game with very little behavioral change…inside (heart, breathing, pupil dilation) and on the outside with their gestures and nonverbals.

The psychopath is often the easiest read because an innocent sociopath will react incredibly defensively when under attack as well. The guilty sociopath feels little or no remorse or guilt. It’s all another day’s work.

When I see no emotional response to being accused of a major felony, I place a big bet on that person’s guilt.

Now betting on something means you’re pretty sure. You’re not positive. I don’t recall every being “positive.” I run the gamut of thinking I’m 50-90 percent “certain” on certainty on a 1-100 scale.

I watch other body language experts on TV and I often wonder how they come to the conclusions that they do. They have this almost “psychic” approach to reading and interpreting nonverbal communication.

I certainly don’t think I’m the best on the planet in decoding body language. Far from it.

It does help to frame the situation from what you know human behavior tells you.

High Stress Adds up to a Body Language Meter

Wouldn’t it be interesting to go back through all the tapes of trials and see how many defendants who testified that they were innocent but ultimately “found guilty,” only to be released 10 years later because of DNA evidence?

Their nonverbal communication would be worth studying. Patterns would emerge that experts could identify within certain ranges of certainty as to that person actually telling the truth.

When the cues add up one way or the other, especially combined with their emotional output, you typically are at square one and have the first strong clue.

We’ll pick this up next time as we zoom in on the secret language of human behavior….

How Can You Always Tell When Someone is Lying to YOU?

You will receive my complete analysis of EVERY PHOTOGRAPH on Six (6) Digital Audio CDs. Your Secret Password to the Hidden Website for the Interactive Photo Gallery will come with your package.