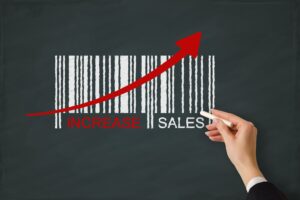 Most salespeople and marketers love scripts.

They seriously believe that those words are going to make them money.

Lots of managers insist on employees sticking to scripts. Of course, there is a time and a place for compliance. New kids on the block shouldn’t be telling potential customers that the stock market is going to be their retirement vehicle, then quote ridiculous projections (imaginary futures that aren’t going to happen).

The reason people LIKE YOU and DISLIKE YOU is because of WHO YOU ARE.

It’s personal, of course. So are the majority of sales that are won … it was personal.

Psychological activators are much less effective when used by people with Moderated Personality Traits.

Legend Point: The more unique you are, the stronger people will feel about you.

But, this is, counter-intuitively, a good thing!

The same emotions and feelings that Trump or Sanders evoke in people are so strongly stated that they resonate with a LARGE percentage of the population.

But Trump and Sanders gain attention because they are not reading a script. They are speaking their mind. No one is wondering if they are “telling the truth.” These are the kinds of people who make excellent salespeople. They are the maverick, the loose cannon. They screw up on compliance. (They aren’t typically politically correct and really don’t care if they are or not.) But they have extreme beliefs, direct communication, and often contradict themselves with what they said yesterday. They are NOT on script and there is a LARGE percentage of the population that craves doing business with people like this. 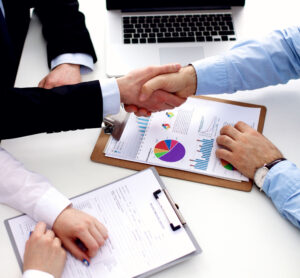 If you can tolerate evolving thinking, you secretly love to buy from one of these folks. They are far and away the best salespeople out there.

Meanwhile, politicians like Clinton, Bush and so forth toed the party line and read the same scripts their predecessors read. And for people who identify with a group over intensity of feeling, perception of truth, those followers will fall right in line with the party’s candidate.

It’s really difficult for “party people” to be successful at selling or marketing, though obviously enough money can buy enough persuasive advertising to generate a victory for almost anyone.

But the “salesperson” doesn’t have that bank full of money.

The salesperson has only their self and really no one else to make the sale, make the money, generate the customers, develop loyal relationships.

With rare exception, people don’t buy product. They buy YOU.