By Kevin Hogan and Allen Loren

Copyright 2019
[I was talking with Propaganda Expert, Allen Loren about the new Influence: Boot Camp, and I asked Allen to help me put together a very cool and timely series of articles about propaganda for you.]

I submit for your consideration, propaganda is neither good nor evil…but it is pure power in how it captivates the imagination and mind…and it’s something you want to understand in depth. Why?

It will make you a more effective influencer and, more importantly, an ethical influencer.

“Well… you… you.. just hold on there a minute!”… is what you may be thinking. “I hear the word propaganda and know it is some nefarious evil nondescript thing that will convince me to do something by some miracle power of mind control I am helpless to fight… And it is used only by those that are out to grab power for themselves… Like Hitler was.. or some of today’s [un-named] politicians, in and out of office.”

Do you produce, sell or market a product, goods or services?

Do you advertise or market your product?

Think for a minute before answering this one… 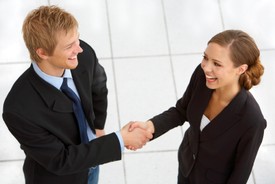 e) “Here are the 10 reasons you should do it, and the one reason not to” (even though there are perhaps 10 reasons not to do what you ask.)

f) “Oh, you’ll like my new [boyfriend/girlfriend] he/she goes to the same [religious institution] as we do.”

g) “I worked really hard on this. When I first started I didn’t know what to do. And then…. so that brought me to the point I am at now.”

Every single one of those reasons or phrases (accurate or not) is a “home run” propaganda tactic! For the sake of propaganda students, we’ll talk about tactics as they were described by the now defunct Institute for Propaganda Analysis formed in 1937 in the USA. The IPA served an important role in highlighting the use of propaganda by the Axis in WWII.

The Institute for Propaganda Analysis detailed the SEVEN uniform Propaganda Tactics/Devices for the public to be able to see through nonsense.

If you can learn how to spot them, that really is the first half of “interacting with propaganda.” The second half, is about you… ask questions to prove what they say is either true or false. (Some appropriate questions coming up.)

How did Propaganda “begin?” Then…immediately on to the Seven Tactics…

What is Propaganda and how did it get started?

We believe propaganda is nothing more than an attempt at persuasion. All propaganda is used for is to convince someone else to do what you want them to do. Buy the product. Buy the idea. Join the movement. etc. 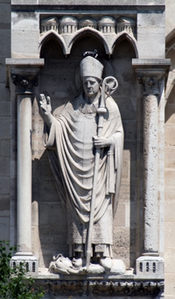 Edward L. Bernays (some call him the father of Propaganda in the USA) in his book, Public Relations said, “the term ‘propaganda’ was introduced when Pope Gregory XIII established a Committee for the Propagation of the Faith to found seminars and print catechisms and other religious works in foreign countries. Subsequently, Pope Urban VIII (11623-1644J) founded the College of Propaganda to educate priests. In 1650 Pope Clement VII instituted the Sacred Congregation for the Propagation of the Faith to spread Catholicism the world over”.

If he was right, and he probably was, you now know who developed the term propaganda, and it’s formal origins. Let’s move on.

…as named by the Institute for Propaganda Analysis… and used by Master Propagandists today, starting at The White House and maneuvering all the way down the street and even up to Wall Street… 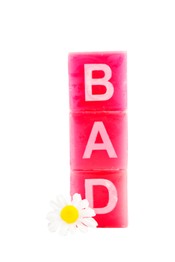 Name Calling — Generally used to give an idea a label with a negative connotation, which is used to make the listener reject and condemn the idea without examining the evidence.

Testimonial — This can either be telling a story of how someone or something got to this point; or it can be having a respected or hated person say a given idea, action, or person, or group is good or bad.

Plain Folks — Is the method to make people feel the speaker or group the speaker represents is just like them – “one of us”; or the speaker attempts to convince his/her audience that he/she and his/her ideas are good because they are “of the people” the “plain folks”.

Card Stacking — Involves the selection and use of facts and half truths and even lies, illustrations, distractions, and logical or illogical statements in order to give the best or worst possible case for an idea, program, person, or product. Just keep piling on “evidence” in his/her favor. 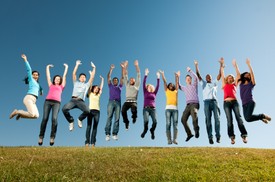 Band Wagon — “Everybody is doing it.” Or at least all of us are doing it. And with this thought and “proofs”, the propagandist tries to convince one that all the members of the group they belong to or want to belong to accept his/her program, and, therefore, everyone must follow the crowd and “jump on the bandwagon”.

So, you can see, a lot of these tactics are used daily by politicians to move along their ideology and agenda. And, of course, the same tactics might be in use by the people around your very own home!

Obviously, combining several propaganda devices can cause “the propaganda” to be even more effective.

In order for propaganda to work, especially on a massive scale… it must, of course, be able to reach the masses. Imagine…Facebook…

The target of the message of propaganda is where you want to begin your deeper understanding of this viral spreading set of techniques.

What questions should you be asking whenever you confront claims, directives, philosophies and the like?

How can you protect yourself (when necessary) against propaganda’s devices and techniques?

Learn to Recognize the Propaganda Devices 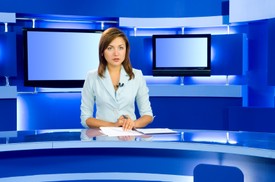 At this point, it is really pretty easy to find examples. Just look at the local newspaper or watch a news report on TV or listen to one on the radio. Observe closely how the story they are reporting on is phrased.

Are they reporting all sides of the issue?
Equally?

Or is it an expert on one side and some dummy representing the other?

If you recognize only these things, you will essentially be back on the road to being in charge of your own brain.

Dissect a “news” story, speech, advertising piece… whatever… and find the propaganda devices being used.

These days, it’s really easy to…

FIND THE FACTS…before coming to any conclusion. 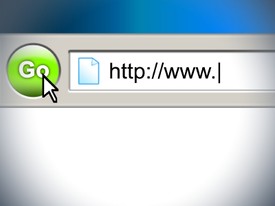 Using the Internet, you can find all sorts of “facts” and figures. Then you can evaluate both sides in your own mind and reach your own critically thought out answer and belief.

BUT, most people don’t because they are now thinking in 140 character chunks which allows for almost no messaging for analytical thought. Therefore the user of propaganda hold an edge in 2011 that they have never had in the past.

Remember, with just a little time to analyze and think…there is plenty of opportunity to form a conclusion and believe in it later on. Once you learn how to recognize propaganda, it’s much easier to respond to messages.

Legend Point: Suspend your judgment until you have time to uncover the facts and the logic or trickery involved in the propaganda in question.

To do this you must ask and answer these questions:

What should you always, always be on guard against?

Always, always, always BE ON GUARD FOR OMNIBUS WORDS. Because, omnibus words make you the easy dupe of propagandists.

Omnibus, or “carry-all” words, are words that are extraordinarily difficult to define. This means they carry all sorts of meanings and are defined by each one of us individually. Therefore, the best test for the truth or falsity of propaganda lies in specific and concrete definitions of the words and symbols used by the propagandist.

If you want the best inoculation of your being duped by words and symbols that carry a high charge of emotion – you need to sharply define those symbols and words.

Further, you need to fully understand your definition and the speaker’s definition. They most likely are not the same meaning.

Legend Point: Once you know that a speaker or writer is using one of any of the seven propaganda devices in an attempt to convince you of an idea… you can separate the device from the idea and see what the idea amounts to on it’s own merits.

(Note: similar to the Internet scams you would probably not believe if confronted by someone actually saying it to you; but you let down your guard if it comes in email, so you don’t vet it as much you normally would.)

Remember, the idea may be good or it may bad when you judge it in the light of available evidence and in terms of our own experience and interests. But knowing these seven propaganda devices and how they are used, now it’s time to investigate the idea. It keeps you from having your thought process blocked by an illusion. It keeps you from being fooled. It helps you think critically.

In testing each statement of a propagandist, then, you merely have to ask yourself: When stripped of tricks, what is he trying to sell me? Is it something I want? Something I can use? Something that I will enjoy?

Next time, we’ll show you how to defend against each of the seven propaganda devices…and perhaps offer suggestions for using the power for the good side of the “force!”