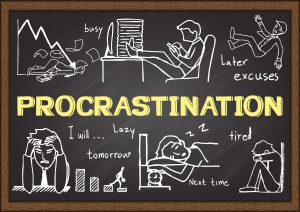 Procrastination, defined simply, is when an individual delays completing their tasks intentionally. Over time, this turns into a habit, as it is always easier to take the path with no resistance. This habit becomes a default.

It is very easy to fall into the trap of habitual procrastination. The root causes vary from individual to individual.

The message of procrastination doesn’t.

MESSAGE: You have chosen to not be in control of your life.

While it should be easier to avoid these pitfalls if you are aware of them, more often than not we still commit the same mistakes. Procrastination is habit defeating choice…and you and I are fully aware of both the feeling of “whiney” and the rationale that go along with it, versus choosing to be valuable.

It’s easy for people to RATIONALIZE the whininess (cool word huh?) and go to the lake. After all it’s summer time. It’s time to relax. It’s the lazy days of summer, right?

It is merely human nature to try to cover up our life value by procrastinating away….

If we actually said, “Ugh, I’m whining, I want to kick back and just let it go,” that would at least allow the recognition and validation of giving in to habit and inertia.

But instead people say, “I deserve…” and of course that is a schema of entitlement and that is danger sign 101.

Procrastination is a real life problem. It is a POWERFUL habit.

Procrastination is little understood, but surprisingly, it is NOT so amazingly difficult to beat procrastination. YOU can do it. I promise you can. 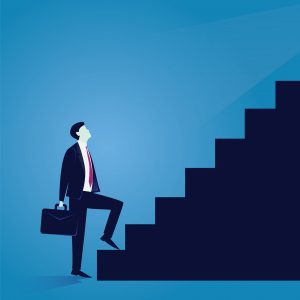 To overcome this devastating habit, people must first acknowledge the problem for what it is, instead of seeking to lay the blame somewhere else.

In other words, procrastination is a habit that can EASILY turn into an ADDICTION, for you to snowball your failure to accomplish, and a craving so intense that the results of your procrastination will crush yourself under the immense workload needed to get to even at the end of the day.

And that’s what you remember when you go home.

Your brain conveniently shuts off the time you wasted on Facebook, texting, talking, doodling and dreaming.

Productive people on the other hand, are those who waste no time in completing their #1, #2, #3 projects as soon as possible. They know the power of focus and put their heart and soul into completing one tiny project after another, making them clear out before the end of the day so that they have time to watch Game of Thrones or go play ball or hang with the kids or whatever.

Productive people know how to handle their workload and also have time to do what is cool as well.

Productive people can typically do the same task in less time and with less effort than most other people.

Because they have experience and HABITS in place for getting stuff done.

No big revelation there.

And of course I know that is probably true. Most 20 minute projects do take an hour for most people.

Productive people typically “work hard” but they are sharp by nature of habit and tend to work very “smart,” as well.

People who sit at the desk day after day in Nowhere Land making all their plans with Nobody…get laid off, go broke.

I watch it happen all the time. I know it hurts. I’ve seen the pain.

They have let their habits turn into an addiction… as it FEELS oh so much better to not do anything and simply just relax….like hypnotizing your life away.

Gosh I hope I have made this painful enough to continue…

Continue… “Is the Procrastinator Happy?”

Pages: Page 1 Page 2 Page 3 Page 4 Page 5 Page 6
Previous: “No” often means “no”, but it doesn’t have to… The Science of Influence
Next: Are People Becoming Better or Worse?