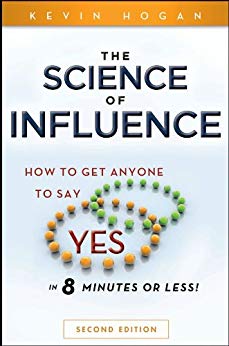 What aspect of influence can you instantly that you currently don’t use or utilize enough?

Research continues to prove that Priming is one of the most important concepts in influence. 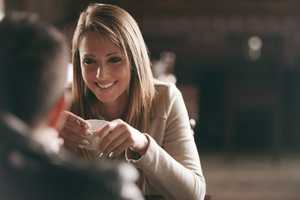 You might answer: in the prices of products or on slot machines in Las Vegas. (Notice that I’m already “pre-primed” to think in terms of Las Vegas and books, not Bangkok and sets of screwdrivers.)

You might answer: in the titles of books. I know I did.

You might answer: in a math book. First thing that came to my mind.

You, like the vast majority of people, will answer: in The Bible.

You probably wouldn’t answer, “the oldest manuscripts of the Bible”, but if you did, you’d almost certainly be right, as the Oxyrhynchus papyri does indeed give us a number indicative of Caligula as being a very bad dude as far as Christians and Jews were concerned, back in the day. What was that number? 616. Who knew?

[The Oxyrhynchus papyri is a group of ancient manuscripts dated from the 1st to the 6th century AD found during the late 19th and early 20th centuries including Greek and Latin documents, letters, and literary works, including books of the Old and New Testament.]

It probably was, and that’s a fascinating discussion, but here’s the thing. Look at these two numbers:

You want your client, partner or spouse to respond well to your proposal. You need them to say “yes” to whatever it is you sell or need them to do. 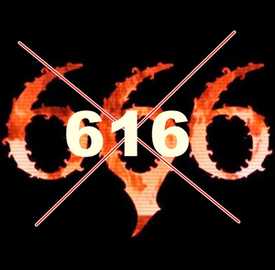 No one has a bad feeling about 616, except maybe Bible scholars.

It has nothing to do with what is correct or incorrect.

It’s all about how a cue, a numeric cue in this case, influences your client, partner or spouse.

The fact remains that you are more like to get rejected if you have a 666 up there at the top of the page, on your license plate, as part of your phone number, or in your street address.

Now remember, you can tell them that the real bad guy number was 616 and probably not 666, but it isn’t going to matter a lick. What matters is how those numbers make you FEEL and what behavior or action they might trigger. I’ve seen people exhibit great fear in wanting to get away from talking or thinking about 666. There is quite a bit of superstition surrounding the number 666.

How do you maximize the true impact of Priming? :

The Impact of Priming

Today I want to show you how priming (the use of a cue of which the other person is not aware that it is a behavioral cue) affects their performance and behavior.

Ten years ago, a mega-encyclopedia of psychology said that priming had only a tiny effect on behavior.

I wrote about priming for the first time in 2004 and suggested that they were wrong. 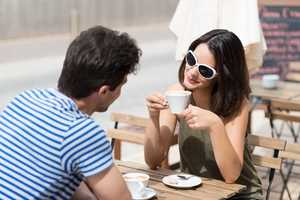 Priming means that a person’s behavior or performance is changed from what it otherwise would have been, because of a cue. That cue could be something as simple as a pretty girl sitting over there. The individual sipping on a cup of coffee vs. an iced tea will almost certainly change how that person feels about you. Want to know which YOU want them to be drinking? (I’ll tell you that in a few minutes as well.)

Priming means being unaware of, but easily able to see, hear, smell or feel something and at the nonconscious level be influenced by that cue. It can be as simple as a page number on a power point or piece of paper. Priming can also be something someone considers irrelevant in the moment when it unwittingly actually plays a big role in their nonconscious mind. For example, a letter indicating success or failure (A vs. F).

I confess it does at first seem hard to grasp that a person could be triggered to make a donation (or not), love their spouse (or not), report an accident (or not), buy a product (or not), vote for a candidate (or not) all because a letter, number, photo, person or similar is somewhere visible to the individual.

But that’s what happens in the real world.

For YOU, knowing that these influential cues exist and are predictably useful in changing or shifting behavior, particularly in the moment, though because of the domino effect, can also have long-term impact in many cases.

To Prime or Not to Prime

More importantly, the array of cues can be manipulated for your own success, and for the success of others. And even more importantly, lack of manipulating cues in the environment will have a larger impact on your failure or the failure of others. Lack of changing environmental cues is a key cause of hearing “no,” when you need “yes.” 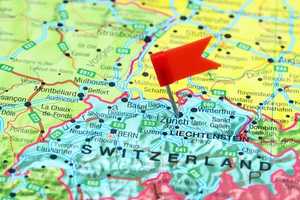 My first trip to a non-English speaking country was worth its weight in Gold Lessons for me. I learned that what influences in the US or UK can have the OPPOSITE EFFECT in a different country.

For example, people tend to buy products when influenced by numbers (for example) that they feel good or secure around. While considering numbers in general, certain numbers feel good or are positively experienced when contrasted with other numbers that are not. Importantly what has a positive influence in one culture does the opposite in in the other. “What works,” changes from country to country.

This, of course, can be also be different for any one person or family, but in general, what follows are some useful takeaways for influencing. 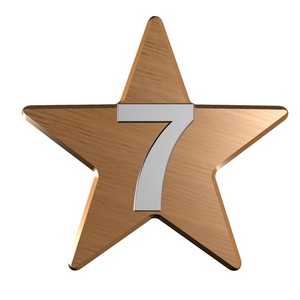 In the United States, that number 7 is a number most people “feel good” about. It influences in a positive fashion.

In China, the number 7 is unlucky.

In Germany, 4 is generally considered a “feel good” or “lucky” number.

In Korea, the number 4 resonates with death.

4 doesn’t work well in Japan, either …

In Norway, 9 is generally that “feel good” or “lucky” number.

In Japan 9 is a “feel bad” number. It sounds like “torture” when spoken out loud.

In the United States, if you give the girl you love a dozen roses, she’ll probably know you care. Do the same in Russia and you are sending a message associated with death or funerals. (In fact, even numbers in general don’t play well in Russia.)

In both Japan and China, the number 8 is a very lucky number. It sounds like “prosper” when spoken out loud in Chinese.

But in India, 8 is a very unlucky number. 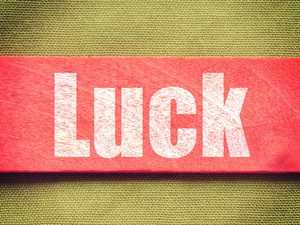 Go to Italy? 13 is perceived as a lucky number, particularly among many older people.

In the United States, the United Kingdom and a bunch of other countries, 13 is generally perceived as an unlucky number. Some hotels and high rise buildings in Germany and the U.S. don’t even have a 13th floor!

The number 3 is a “feel good” number in Sweden, but in China it is connected with death.

And of course priming with numbers is just one of hundreds of tools you have at your disposal.

You and I already know that people almost universally, positively identify with the letters in their name. We also know the number indicating the year, month and date of our birth, mean quite a bit to us. It’s not just your BIRTH day it’s your LIFE day.

The two digits of the year you were a senior in high school often carry positive feelings as well. (It was the year you escaped after all …)

Using a number that has that “feel bad” attached to it triggers performance to falter in testing. 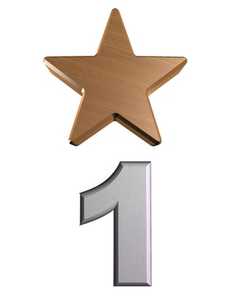 When researchers gave test subjects a booklet to take a test, the participants did better on the test itself when they were told basically that, “the number on the cover of your booklet is the test number, make sure to write it on each page of the book, the computer isn’t scanning properly.”

Here’s something even more fascinating … :

Every experiment needs a “control group.”

A logical number to have selected for a control group in this research would have been to put the number 8 (a neutral number) on the cover of the test booklets. 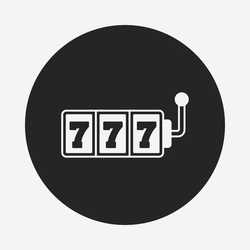 But, for some reason, the experimenters chose the number 7 as a “neutral” number. But, remember, we know that 7 in Europe is generally a “feel good” number.

In both countries, those assigned a test booklet with a 7, meaningless in grading/evaluation purposes, but meaningful as far as larger contexts, participants did almost as well as numbers that evaluated excellence on a test. (6 for Switzerland, 1 for Germany)

I believe when the test is replicated in Europe or English speaking countries, and a different control number (such as 8) is selected, the prime will get more neutral results.

The point, of course, is simple. No one recognized that the local equivalent of “A” or “F” being copied onto each page was anything more than a test number, but the context, the situation of being evaluated – triggered nonconscious improvement or more failure depending on the number assigned.

For people in relationships, personal, sales and business, it’s critical to note that more is lost by YOUR being UNAWARE of priming that is occurring naturally in the environment, than can be made better by YOUR INTENTIONALLY priming positively.

It’s just easier to screw something up by not knowing that the sign in the corner of the room has a 666 (or something almost as bad) on it than you can make up for by having a 7 gently placed at the top of the page. 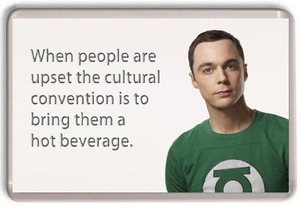 Sheldon Cooper, a man who has trouble fitting in socially on The Big Bang Theory, has learned a little about emotion over the last 7 seasons. He knows that it is social convention to offer someone a hot beverage when they are feeling sad or dejected.

People given a warm beverage vs. people drinking a cool beverage, importantly, feel warmer feelings toward YOU.

You can imagine moments when a warm beverage might be less appreciated (think about a sizzling hot summer day), but indoors, in environmentally controlled settings (AC/Heat) you can predict that a cup of coffee or tea will do better than an ice cold beer when it comes to people LIKING YOU.

Obviously on your lunch date whether personal or business, is going to be influenced by whether they have a warm or cool drink.

When subjects in a consumer study were given a therapeutic pad to hold, they found it to be either hot or cold. Those who held a pad chose between giving themselves something or giving something to someone else.

People who held a cold pad were 3:1 more likely to take a refreshment for themselves than give a small gift certificate to others.

People who held a hot pad were split almost 50:50.

Giving someone something warm to hold also increases their level of trust in a significant, dramatic way.

Priming: Simple cues from the environment that shift behavior in remarkable ways …

Previous: Emotional Vampires and Finding Personal Motivation When They are Sucking the Life Out of You
Next: The Component of Confidence That Causes Success