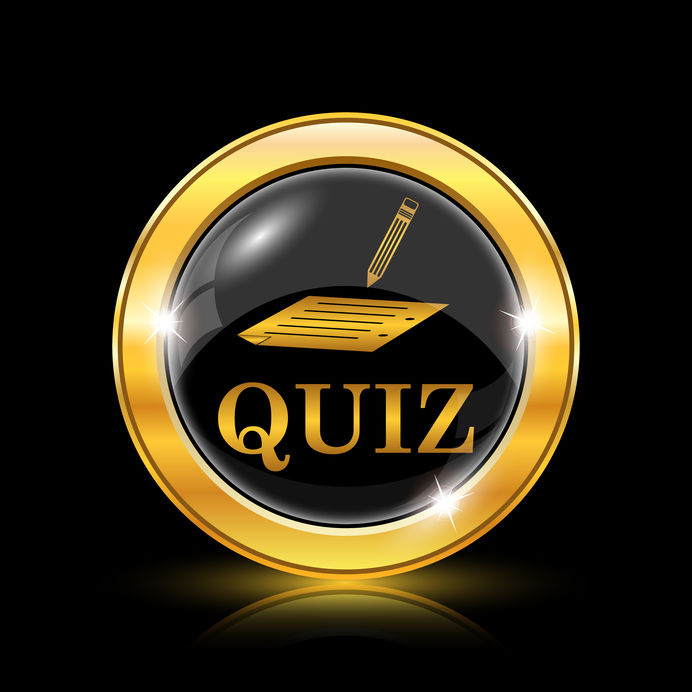 Perception vs. Reality is fascinating and quite often disturbing.

In the last five years, I’ve logged a lot of miles. I think Iceland Air, The Atlantic Ocean, and I are having a relationship. Eh we might have broken up on March 11, when I returned from South America, locked out of there, locked into the U.S.

Most of the cities you’re going to see below in our Perception vs. Reality Quick Quiz are places I’ve visited, lived in, or places I will see next month or want to go check out in the next year.

There are four simple questions here for you to measure your perceptive acuity. The answers are all on this page and  are current as of 2019 data. I’d find it fascinating to hear your results and how you felt when you read the answers.

(Hint: There is a dramatic difference between each of the three pair of cities compared to the other two pairs.)

(2) Pair up the cities where the cost of living is almost identical.

c) Pair up the cities where pollution is really bad,
average and then where the air is clean.

d) Pair up the cities where the Quality of Health
Care is Very Good, Average, and then Poor

Our perceptions of certain cities safety, their standard of living, and their potential for life satisfaction are incredibly biased by where one  currently lives and who you spend your time with. Only when you go to to that new place do you actually find out what it is really like. Today, you found out that some cities are a lot safer than you would ever imagine. Other cities, because you are familiar with the name, are actually some of the most dangerous places on the planet… even if they are in your backyard.

Human perceptions are found in memes. A meme is a packet of information that jumps from one human mind to another human mind, therefore the people in your environment probably answered the same way that you did in the quiz above. Meanwhile, people in Europe would have answered very differently.

Humans perceive something and then act. Essentially, stimulus/response. And of course, the response is primed by other influences.

Here are the names of four cities.

If you had to pick one, which of the four cities would you consider living in? Say that city’s name out loud or write it down.

If you had to pick one, which of the four cities would you not consider living in? Say that city’s name out loud or write it down.

The vast majority of people say they would consider Chicago, but not Cleveland, even if they have not been to either city because of perceptions they have of the cities.

I showed half of the people in the room at Influence: Boot Camp a piece of paper with the word “Detroit.”

I showed the other half of the people in the room, the word, “Michigan.” (Detroit of course, is one city in the huge State of Michigan.)

I then said, “Write down how many murders happened last year, in the city or state you just saw.”

Our project showed that the median number of murders predicted in Detroit was 437. In Michigan only 430.

The results are similar to most studies with other groups using this city and state.

So what’s up with this?

It makes no sense. 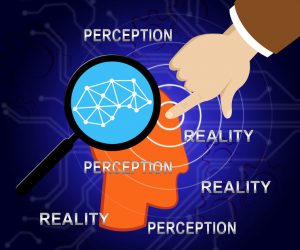 We are perception creatures.

The Perception of Reality Quiz ANSWERS:

Give this quiz to your friends. You’ll discover they have a good read on some things and a terrible read on other perceptions. 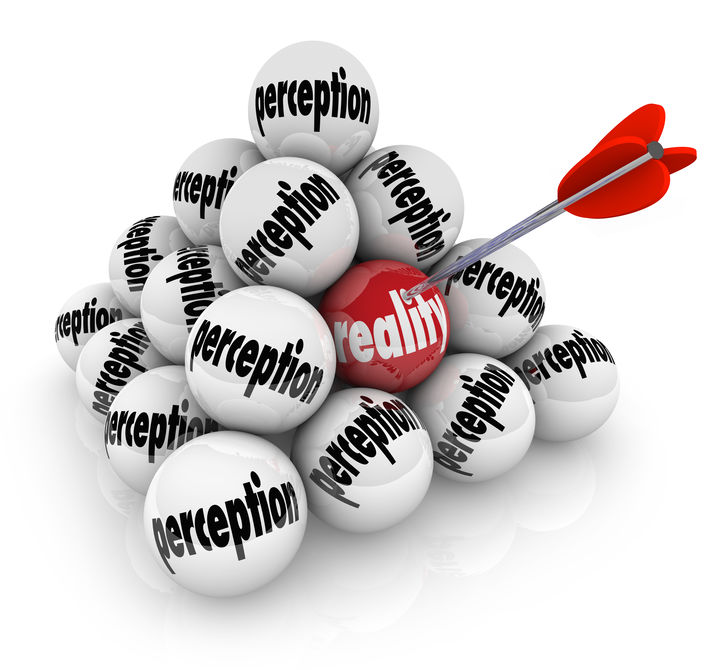 Now let’s spin this all on it’s side and look at it a different way.

Many people think Detroit = violent crime in those minds. It doesn’t have to be real, it’s just what we perceive to be true. Could be an accurate perception, but it could be inaccurate. It’s what people perceive.

This is the Power of Perception.

How does perception affect our view of the world?

How Perception Affects Our View of the World

People’s perceptions skew their view of everything in the world. Their perceptions (which are generally inaccurate) cause the world to be different from what the world is really like. That changes how people decide to go about things… it changes whether they will react to your message in a good way or a bad way. This changes whether people will like you or not.

If you have the perception that there are more murders in Detroit than all of Michigan, how likely are you to move to Detroit? To buy a house there?

So people have developed all of these beliefs and attitudes…perceptions…about pretty much everything. They have skewed perceptions about Democrats and Republicans. They have opinions about Christians, Jews, Muslims and Buddhists. They have strong attitudes about Americans, Europeans, Arabs and Aussies.

How Do You Change Perception?

Well of course, that’s in large part what The Science of Influence Library is all about, but let’s look at one very powerful strategy.

PRIOR to delivering a persuasive message, you want to elicit subsets of agreement that combine to form perceptions about bigger things. 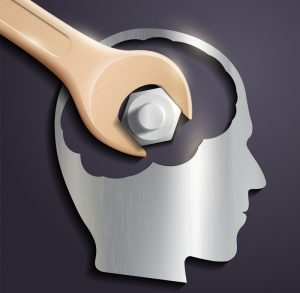 Example from an election 12 years ago:  You wanted someone to vote Democrat (for Senator Clinton, say, in the 2008 Presidential election) and the person you were talking to is a Republican (or Libertarian, like me).

You had a challenge on your hands…

Most Blue people don’t vote Red and most Red don’t vote Blue. So you had your work cut out for you. But there was a way…

What are Republican values? (In the good ole’ days it was low taxes, strong military, smaller government, pay off national debt.)

You ask, “Before I ask you how you are going to vote, would you consider a candidate that was in favor of a strong military for the defense of the United States?” (That’s tough to say no to.) If the person says yes, you put a check mark on a piece of paper.

You ask, “Are you in favor of reducing taxes for everyone, cutting spending across the board, and ultimately eliminating the deficit?”

You ask, “Are you open minded enough to consider voting for someone outside of the Republican Party if they shared these views with you, promised to stick to these views and you still could be comfortable voting “the ticket” for the other candidates?”

Now, in the hypothetical question, we’ve eliminated the question, “Would you vote for Senator Clinton in 2008?”

Why and how does this work?

We’ve taken values that she needed to adopt when running for President or she wasn’t going to get elected. And then you did not threaten the person’s sense of identity by asking them to switch parties. That’s like asking a Muslim to become a Christian or vice versa. It’s rather insulting….and people don’t like to be insulted.

And by the way, notice it’s “Senator Clinton”. Why? Here are three pictures:

It’s all in the perception.

And you didn’t insult the person. But back to 2008 for a minute…

Now you say, “I know this sounds a bit wild, but Senator Clinton has taken a strong stand on these issues because of XYZ reasons. It’s hard to say how many Democrats will support this move toward the center, but she needs your vote to accomplish your goals.”

You have to tell the person that you know this sounds ludicrous. But there it is in black and white. People’s resistance will come down if YOU state the obvious so they don’t have to.

Work the subsets before tackling the entire issue. Build an unconscious mind case for your proposal and then ask the more difficult question.

Then you have taken the first step in learning the power of changing perception.

Will politicians learn from the mistakes of the past?

Well, they never have but we’ll see….

by Kevin Hogan, Psy.D.
The ability to influence is the single most important element in communication in business, in running a professional practice, in maintaining intimate relationships and obviously, in selling. Every useful communication involves the power of persuasion.

The Science of Influence is the master’s home study course. What makes the Science of Influence different from every other program about persuasion is that this material is fresh, potent, tested, and has nearly all of what you will discover is new! There is no rehash of past salespeople or scholars. This is the culmination of years of selling synthesized with the last five years of academic research into compliance gaining, persuasion and influence. No one has a program like this designed for you. I guarantee it.

In Volumes 1-12 you are going to learn incredible new tactics for defusing resistance and overcoming the knee jerk response of people that say “no.” Unlock the mystery of the “freedom of choice” and how critical the number of choices a client/customer has are going to impact her decision to buy from you now!

You already know that you can frame a message that will virtually guarantee success or you can state your message the wrong way and hear a “knee jerk no.” Now, I’m going to show you HOW!! Creating persuasive frames in business, your profession or your personal life is a skill that will literally bring you your hearts desires! I want to show you specifically how to create frames for your messages so you can customize your product/idea or service to your clients in such a way that they will be instantly ready to say “yes!” to you.

Anticipated Regret is dealt with in the Omega Strategies section of the program. Look for specific strategies and techniques to conquer this oft-encountered situation.

Discover how skeptical and non-skeptical people perceive and respond to persuasive messages in a VERY different fashion. (Hint: If you don’t know this information you will automatically lose almost 1/4 of all of your encounters.)

Start to reap the rewards of becoming a master of influence while you study in the privacy of your home!

Also available:
Science of Influence: The Tactics and Techniques of Persuasion.

Previous: Beating the New Obstacles of Getting Rich
Next: Hypnotic Language Patterns that Calm Her Mind