5 Selling Techniques and Strategies from the Platinum Inner Circle 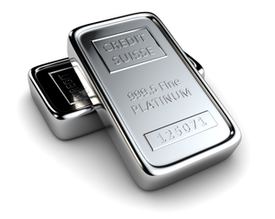 You can probably utilize all five of the following techniques and strategies. Essentially The Platinum Inner Circle has taken strategies and techniques from Influence: Boot Camp and applied them to their selling and marketing.

Imagine that you’re a sales manager for 300 people and you ask Kevin Hogan, “What can we do to improve sales? They’re good but we need them even better….”

Lots of people have asked almost precisely this question over the last decade.

In this story, Gary, myself and the team plotted and planned a powerful approach.

To maintain confidentiality, I’ll say his company sells telecommunication systems for medium sized businesses. A “sale” can be worth up to $400,000.

They need to close the sale on the first and only visit. An average contract is about $100,000. One visit. Yes…or…no.

So what did we do?

Strategy One: Change the communications system name from sounding like a a computer (the PY7-800) and give it a woman’s name. Instead of having a computerized telephone system you have a “new girl” in the office working for the company.

The system will remain in use for about 10 years so she’s “on staff” at 1/5 the cost of an employee.

The salespeople now refer to “it” (the system) as “her” and “she” by the end of the presentation and now we’re finding….SO DO THE EXECUTIVES purchasing it.

So instead of having, say, a Toshiba computer….you have “Amy.”

Results over the first three months?

How can YOU APPLY this concept???

Personification can be incredibly powerful as we’ve seen. Get creative and brainstorm 5 quick ideas. Even if none of them are usable, you have a unique strategy that WILL payoff handsomely in the near future.

That’s pretty cool but how do you “get in the door,” or get the attention of that high level guy who simply may not want to talk with you?

Trying to get to C- level boys and girls is no easy ticket. Most people end up with the office manager or the administrative aide. And their job, of course, is to keep the world OUT.

I certainly identify with that.

Every time I get on the phone, I know it is going to cost me money!

But you have something to sell that requires a CEO/CFO/COO okeedokee.

You have something that will make their company more money.

He needs to talk with you briefly, and simply doesn’t know it yet

Tactic: Instead of just calling out of the blue…. (yukky, disgusting cold calls…)

Fed Ex a copy of one of Kevin Hogan’s books to the guy and call him after Fed Ex has delivered and he’s had a chance to scan the book. But it can’t just be any book.

This has turned out to be a rock solid strategy for paving the way for the C- level people to answer their phone for you in companies of less than $70 million.

What about the super biggies? Didn’t change results.

In your 3 – 70 M business this strategy works to your favor.

What is happening is they take the phone call then and almost always the salesperson gets the appointment. BUT….

So, use The Science of Influence.

We’ve never been able to figure out “why.”

Sometimes you use the light switch because it works.

Strategy Three: The problem here is that the company needs salespeople at the office one day per week for paperwork, meetings, training, motivational stuff…. etc.

The other four are spent in the field. The business is doing very, very well.

So the problem isn’t that something is wrong…it’s that they want to make a very profitable business even more profitable.

The company used to have their meeting/office day on Monday.

In my experience a lot more sales are made on Monday than any other day of the week for most products and services except restaurants and entertainment related stuff. This has to do with Self Regulation Units which you’ve either read about or can google “kevinhogan.com Self Regulation Units” and read after this article.

So I suggest moving the meeting day to a different day. Now, Friday is used for appointment setting for the following week. Weekly meetings occur Wednesday afternoon. Monday everyone is “in the field.”

Much to my surprise, early week change in sales are negligible, BUT, Thursday sales double.

It seems that being in the office at mid-week actually recharges sales people. (I never would have predicted this result.)

Goes to show that testing EVERYTHING matters.

Strategy Four: We all know the “80/20 Rule.” The Pareto Principle basically postulates that most of the what is accomplished in any venture is done by a very small percentage of the people.

Over the years the numbers 80/20 have been assigned.

My experience in business would put the numbers closer to 90/10 in a lot of areas. But not always.

In the United States for example the top 1% of wage earners earn 19% of the income….and the vast majority of them write their own checks…to themselves….

To round this set of examples, the top half of income earners in the U.S. pay 98% of taxes.

The point of course is that there are huge differences between top salespeople and all the rest.

The top 10% are going to bring in about half of the revenue in most businesses.

The outcome this particular Inner Circle Member has is this:

When their company follows up with the buyer at a later date, they try to find out why they they did or didn’t do business with their own company.

Asking people “why” questions is fine of course, and, results about “why” can vary from useless to valuable. But the results of this ongoing survey have been interesting.

In this companies/product’s case, it didn’t come down to product or pricing or ANYTHING about sales, the product and/or customer service.

“She made me laugh.”

“I really liked her.”

There is very little difference between the approach and acquisition of getting the date and making a sale.

“People don’t buy your products and services, they buy YOU.” (Kevin Hogan, The Science of Influence)

You are the KEY VARIABLE in the sale.

What you sells matter, but it’s NOT the stuff you are selling that causes people to engage with you and do business with you.

YOU largely determine whether you make a sale.

The “entertainers” as this company describes ALL of their top salespeople, are getting 67% closure ON THE FIRST CALL for a product that ranges from 10,000 to 400,000 dollars. (No kidding.) Currently crummy sales people…..aren’t. They are running closer to 15%.

The salespeople who can tell a GOOD story that is concise and snappy…and make someone laugh (not telling jokes)…WIN.

The “entertainers” don’t discount their products.

The Sales Manager told me that the few top closers, the entertainers, tell fascinating stories. Everyone else, he said, are typically boring.

Strategy Five: Breaking the ice is challenging at times for everyone. It’s much easier when you bring a housewarming gift of some kind. (Law of Reciprocity, The Psychology of Persuasion: How to Persuade Anyone to Your Way of Thinking)

And you’d think that The Science of Influence would be a powerful gift for anyone, but one salesperson in our group opted for something else!

A gift that is related to the product line and usable at the office or home, worth about $75 DRAMATICALLY increased this members sales by 1/3. Each of these specific contracts is worth about $100,000.

MILLIONS OF DOLLARS OF SALES are literally being made because of a connection being forged by the salesperson and buyer…with a gift of less than $100.

So the Law of Reciprocity isn’t just a law, it’s a profitable law.

Violating or neglecting it occurs at your own personal expense.

The Law of Reciprocity is so well known now that people almost forget it.

Did I say, five? You don’t mind if I give you one more do you?

Strategy Six: Sometimes the biggest sale we have is selling ourselves to ourselves.

I attempt to write regularly about the importance of “familiarity” in achieving ANYTHING.

People need to feel familiar with whatever it is they want.

If people want to make more money, for example, they need to become familiar with seeing more money and experiencing the things that more money would “bring.” And…regularly.

One Platinum Inner Circle member is a very bright family man who was downsized from his $90,000 per year job. Not a comfortable feeling for most people.

He decided to dig into his bank account and become an Inner Circle Member six months ago, after he had been downsized.

It was clear that he needed to be familiar with revenue streams. He couldn’t relate to stories I would tell about my books selling all over the world, making a few dollars here and there and then waking up having more money than when I went to bed.

So, I wanted something that would cause change QUICKLY in my mentee.

I told him to begin selling off his old fiction books at amazon.com. He didn’t understand how it would help but he started the process.

On our call in June, he told me he had sold a lot of books and saw about $15 per day coming in…at night…when he woke up. He was so excited you wouldn’t believe it.

Within days he had a contract that required a few hours per day that was paying $70,000 annually.

I encouraged him to continue selling his used fiction at amazon.

When I spoke with him this week he had been offered consulting contracts netting him $270,000 annually.

And of course when people see something they begin to believe it, to know it, to be certain of it.

That’s why the process of seeing the amazon emails was so important.

Getting paid in a way he never thought of or dreamed of was crucial to his success. He could now relate. He could see there were many ways for money to enter his wallet and not just one.

“Kevin, I’ve got one problem. I’m sleeping less now. Do you have any advice?”