Another U.S. Election is fast approaching.

Beach Season is turning into Cheerleader Season. Scratch that. I mean Football Season. Did I mention I’m in the Las Vegas Hilton Super Contest this year with 3150 of the world’s top handicappers? Man, I hope I can show my face in Vegas after this season is over. I’ll tell after a few weeks if I have a snowball’s chance… 🙂

All that in mind makes this an excellent opportunity to observe Propaganda, Persuasion, Attraction and Perception.

Today, you find out just what you really know about persuasion, perception, attraction, sex and propaganda…what works…what doesn’t.

OK, now get that pencil ready. 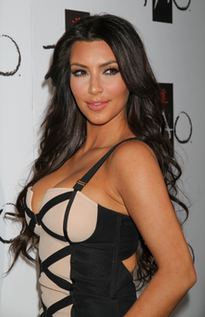 2) Read the following aphorisms in group one.

Now read those in group two.

Woes unite enemies.
Little strokes will tumble great trees.
A fault half admitted is half redressed.

Now write the answer to this question down: Which of the groups above do most people find to be the most insightful aphorisms?

3) Which of the following is true? More than one could be correct.

4) Which of the following, if either, are true?

a) Voters voting at the polls held in schools were significantly less likely to vote “yes” for propositions to increase funding.

b) Exposing people to images of classrooms and lockers at polling stations decreased the tendency of voters to support school initiatives.

9) Are people more influenced by their own thinking, that of computer generated calculations, or the calculations of other people?

Subjects in a study are given the basic task of determining if 3D objects were the same or different from each other. There were three groups.

a} In one group they simply made their own choices.

b} Different subjects were part of another group. These subjects saw the results of what four other confederates had answered before them. (The information was all inaccurate.)

c} Subjects in a third group were told that four computers had calculated their answers and the subjects were shown those results. (These results were also phoney and the information was wrong)

In each group the subjects made their choices as to whether the objects were the same size or not.

10) The Confidence and Results of Experts Study. Two groups of people were put to test in Sweden. A group of fund managers, brokers and analysts, and, a group of psych majors in college.

Each group was asked which stock they felt would perform the best of the two. Then they were asked to rate their odds of successfully picking the right stock. In other words which stock is going up in price and what are your chances of being right in your prediction…

One group predicted their average odds of success at 59%. The other was 67%

Assign the numbers above to the groups below

11) Can you change their BEHAVIOR by injecting one little thought, study?

Giving people games or thoughts to think about that are associated with God, causes people to be….

12) Among nonbelievers in God, when given games, or puzzles that prime thoughts about God, these people tend to be…

13) When researchers used words like civic, jury, court, police or civic responsibility as the scrambled words to be unscrambled, these priming words soon thereafter caused people’s behavior to be… 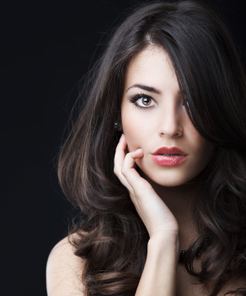 Attractive people get a lot of attention.

14) Women in committed heterosexual relationships, will look longer at….

15) Men in committed heterosexual relationships will look longer at….

Trying to figure out a name for your product, service or brand that is guaranteed to draw and get attention?

Naming new products might be easier than once thought. It turns out that vowel sounds can make or break success. Researchers created fictitious brand names that varied only by one vowel sound (e.g. nillen/nallen). They then varied product categories between small, fast, sharp objects — such as knives or convertibles — and products that are large, slow, and dull, such as hammers and SUVs. They asked participants to choose which of the word pair they thought was a better brand name for the product.

16) The name with the vowel sound disliked most by customers in a product name is…..

17) The vowel sounds made with the tongue back in the mouth, like the “a” in mall, are generally positively associated with products that are…

18) The vowel sounds made with the tongue forward in the mouth, like the “i” in mill, are generally positively associated with products that are…

OK. Write your answers down.

If you’re starting to get really curious and feeling a little nervous about what you do/don’t know…that’s normal.

Buyer’s Remorse happens when we wish wouldn’t have bought it, no matter how happy we were at the time of the transaction.

Anticipating Buyer’s Remorse is *anticipating* we will feel regret after we have bought.

With this in mind:

19) When people anticipate regret, do they tend to regret…

20) For those who negotiate by making reasonable offers and not acting greedily, if their strategy fails, after the transaction is rejected, do they experience…

21) Recent research shows that people should:

You enroll for only $2997. (Or choose an easy installment pay plan!)

Then you give me your word (and a signed note) that after you have earned $100,000 in speaking fees, you will pay the balance.

I’m going to write letters of recommendation, take phone calls for you from potential clients, help you in ways that only someone in the field can, and be here for you when you need any holes filled in for you.

If we have corresponded or talked in the past…this is who I prefer to work with. But even if we haven’t as long as you have integrity (total integrity) and a strong desire to succeed, you can participate. 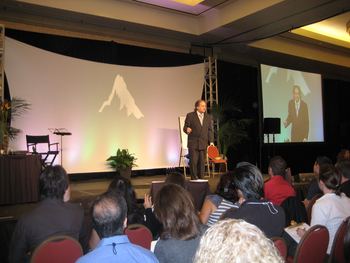 I retain the right to turn down any application for any reason prior to the beginning of the course.

If you want to lead the field, I want to help you. Oh, and if I’m anywhere nearby when you are giving your first speech after you hit the $100,000 mark, I will be there in the audience cheering you on.

Whether you are 25 or 75…don’t die with your music still in you…this is the opportunity of your lifetime. Let’s have fun together and make some music!

Apply for the Professional Speaker E-course