The Great Persuasion and Influence Quiz

Every year we learn more and more about persuasion from the research being done world wide.

Knowing the answers puts you in the driver’s seat. Not having the information puts you out in the cold…. 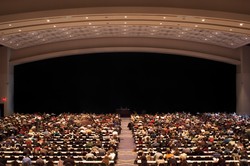 When influencing large groups, what is the more important factor?

a) Critical mass of easily influenced individuals.
b) The highly influential person.

2) A lot of people think that you should have a short video on your website of yourself doing whatever it is you do if you want people to develop an accurate impression of who you are.

a) People tend to form accurate opinions of those on video for clips as brief as 30 seconds.
b) Humans are extremely complex beings and 30 seconds simply isn’t enough time for people to get an accurate impression of you.

4) Asian women who identify themselves as “Asian” instead of “being a woman,” perform better on math tests.

5) White golfers tend to perform better when playing black golfers if they are told beforehand they are being judged on their “sport strategic intelligence” vs. those in groups who were told they were being judged on “natural atheletic ability.”

7) In sports, teams with a history of failure tend to continue failing because of the stereotype associated to that history.

8) Stereotypes can be utilized to enhance performance and nurture individual achievement.

9) Dominant individuals prefer information to be given to them (on a computer screen for example) in a left to right or side to side fashion, vs. from the top down.

10) Dominant individuals pay more attention to information in vertical positions than other participants.

11) People who are high in testosterone learn information that is given after subliminally seeing a smiling face when contrasted to an angry face.

a) True
b) False
c) There was no significant difference found.

a) True
b) False
c) There was no difference found. 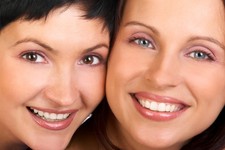 Eyebrow shape is a greater influence than absolute position on perceived mood in others.

a) True
b) False
c) No significant finding was found.

14) Seeing someone with drooping eyelids causes one to perceive that person as:

15) In photographs that are digitally altered, individuals that have greater distance between the eyelid and the eyebrow are seen as more tired.

16) Lowering or slanting of the inner corner of the eyebrows toward the nose, as well as adding forehead wrinkles dramatically increased the perceived facial expressions of anger and disgust.

a) Surprisingly, no.
b) Yes

17) Raising the upper eyelids produced an increase in the perception of both surprise and fear.

18) Raising the corner of eyebrows decreased the perception of surprise.

19) Raising the inner corner of the eyebrows away from the nose is perceived as a sad facial expression. 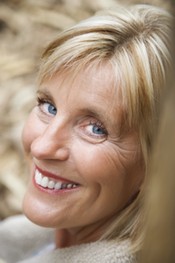 Happiness is perceived by raising the lower eyelid and the presence of crow’s feet.

22) In response to postcards asking recipients to show support for cancer research, the cards presented the same information except that on some cards mortality rates were expressed in millions; on others they were expressed in a ratio like 1/100. Response was greater for ratios than numbers.

23) It’s not only thoughts that can be directed subliminally. It’s emotions. People don’t need to be aware of an event to be effected by it.

University of Exeter (2008, April 22). How Stereotypes Can Lead To Success, Psychologists Explain.

Association for Psychological Science (2008, April 24). On The High Horse: Why Dominant Individuals Climb The Proverbial Ladder

Association for Psychological Science (2008, April 29). Cause And Affect: Emotions Can Be Unconsciously And Subliminally Evoked, Study Shows.

In 1999 one of the world’s finest mentalists (someone who “reads minds” for entertainment without lying to you…it’s magic…) agreed to show me how to calibrate to almost anyone’s thought processes with a quick look at the person and the expression on their face. It took me all of a couple of hours to “get it.” All he asked in return was to tap my mind on the latest in persuasion. It was a match made in heaven.