Influence: How they Come to Yes. Your client doesn’t think…he just thinks he does…

Invest 20 minutes right now as what you read here will directly affect everything you do for the rest of the day. Read this then do it. This article will disappear from the web on Saturday, so please, do it now!

Your competition will if you don’t. Your boss will pay you a heck of a lot more money in bonuses, and, if you work for yourself …you will add about 12-13% to your gross income by simply using this information…ready?

If you had only one piece of information about other people, how they think, buy, say “yes” or “no” and precisely WHY….then this would be the most useful 20 minutes you ever invested in persuading others to your way of thinking. (More than the law of reciprocity? More than Omega Strategies? More than expectancy? More than your attitude? More than anticipated regret? More than framing? Yes, yes, yes, yes, yes, and yes.)

How Do People Think?

If people had to “think” about everything that they did or had to do, nothing would ever get done, decisions would never be made, sales would never close and no one would ever get well. Each decision in life would simply take an enormous amount of time and we would all be dead in the morning…

Can’t happen. You simply react. Poof. In a split second you spun left or right and whatever happens…happens.

Each hour, you face 50-100 “potential decisions.” These are “choice points” where you can choose X, Y, or Z…or other options…or you can simply run on “autopilot” and do or not do what you have always done in these situations.

(Should I start dinner? Wash the car? Take a shower? Switch to Small Cap Value Stocks? Ask her out tonight? Call the prospect or email her? Take a nap or finish the project?)

The Brain’s “Rules of Thumb”

Not usually. Your brain has basic “rules” or “rules of thumb” that it has learned from “experience” in the past and will act instead of taking the time to decide. Sometimes these “instincts” or “intuitions” will turn out to be “good decisions.” Other times you will wonder what you were thinking!

Because there are about 1000 choice points each day, the brain has a whole bunch of preprogrammed reactions to the things you get yourself into…and everyday situations. These preprogrammed reactions are what make life less overwhelming. They have evolved to help us survive in the jungle and on the Savannah but sometimes they don’t do very well in New York City. (The reaction to a loud growling noise in the jungle is almost the same as it is to the loud horn tooting in the Bronx…and reaction is pretty much the same in each case. Oh my….)

And what does this have to do with persuasion? 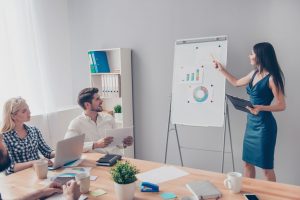 How to Present in a Winning Way

And….you can know in advance how most people have been programmed. The majority? Yes…the VAST majority.

I’m going to show you how…

I’m going to show you how to present information and what will likely happen in each situation. Over the last 30 CD’s of Science of Influence, I’ve shared a number of these with you. (Anticipated regret, framing, overconfidence, hindsight biases, mood, viral contagion and so forth) You’ve applied them and made a lot more money…and a lot more friends.

I want to show you the basic “categories” for how to present information so it is readily accepted, then I’ll give you several dozen more specific “lines of code” so it’s easier to think of them as you communicate. There are only…four categories so you shouldn’t have any trouble learning them, remembering them and then utilizing them! 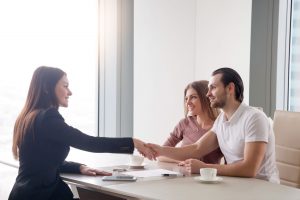 The Persuasion Code (and how to decipher it!)