Stop Their Errant Thinking in an Instant – Get Them Back on Track!

There are plenty of people in the world who want to be and will be influenced to cast their approval for you or your product, IF certain conditions are met FIRST.

How have Donald Trump and Bernie Sanders gone from less than a 1% chance of being nominated to represent the Republican and Democratic party for the presidency to being either favored (Trump) or doing well enough to scare the Democratic Party (Sanders)?

If YOU can’t answer that question you will NEVER succeed in influence, sales or marketing.

Combined, Trump and Sanders have tapped into the minds of over HALF the population of the United States and changed the minds of people who would have been most likely to vote for Clinton or Bush to identifying with more aggressive/anti-establishment messages.

There are numerous persuasion stories and strategies we’ll discuss in 2016 because you and I have a unique opportunity in history. What’s playing out in the United States is a strong and vocal dissatisfaction with the status quo. It’s rather exciting isn’t it?!

Just as Trump and Sanders have stopped people’s thought processes cold there are other ways that minds can be changed in an instant or over time.

There are two non-political examples that help explain how YOU can tap into your audience, your market and capture the minds of those people you need to say, “yes” to you.

There are numerous types of people who can literally shut down parts of your brain without you ever knowing it! Today we use two very different examples.

One type is the beautiful woman (no big surprise!).

(Note this does require ingroup identification and there is a neat spiritual point of view to explain this research in addition to what I will share with you!)

We’ve known for sometime that when humans attribute uniquely special “powers” to certain other people, that those attributing are more likely to follow the charismatic leader.

The reason, of course, is simple. You believe.

The multi-departmental study was done at Aarhaus University in Denmark.

Specifically, in this study, if Christians in an audience believed the speaker to have healing abilities, two areas in the front of their brain were pretty much turned to the “off” position.

Equally as interesting as the fMRI results were the after-the-fact reports that those whose executive functioning had been affected reported as being “in God’s presence”.

If you are a Christian, you can use this study information as evidence to support your beliefs. But I’m not going down that road. You can do that! Instead I want to examine this in INFLUENCING OTHERS.

Can You Stop Someone’s Brain or is this limited to God and Women?

Legend Point: If people have a negative perception of you, it will be much more difficult to influence them.

And, if they have a positive perception of you, influence and communication in general become more free flowing.

If they IDENTIFY with you or the group you both belong to then magic happens.

Research by Richeson and Shelton revealed that some white people have activation in certain frontal portions of the brain when viewing pictures of black people. This is interesting because when humans view images of friends and family, they tend to have these regions de-activated. (also Bartels and Zeki)

Further, Wrega showed that women primed with positive stereotypes did better in tasks.

That means, if people believe something really bad about you, they are going to say “no” to you. Hundreds of studies reveal that first impressions and even nonconscious priming can change people’s feelings and decision-making in reference to another person or group of people.

In hypnosis, a goal of the practitioner is to bypass the anti-suggestive barrier (this same executive functioning region of the brain). It appears that belief is what flips the switch. If you believe in the person, you flip the switch off. If you don’t, the executive function continues to carry on.

The reason that specific words and phrases are, in general, not extremely important to persuading someone is likely connected with this newly studied phenomenon. 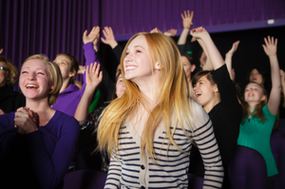 The trust/belief/certainty connection is about the person, not about the technique.

Once a person believes in you, techniques can THEN expedite a result.

Until a person believes in you, you can beat them with a hammer and nothing will change their thinking.

The study utilized an audience of mostly Pentecostal Christians who would observe and pray with three different speakers. There was a speaker identified as non-Christian, a Christian and a Christian identified as having a reputation for healing.

About half of the participants in the audience were placed in there because they were secular in nature and didn’t believe in God (or had a low confidence of God’s existence).

And, as you might gather, those secular participants experienced no presence of God where those who were Christians did.

The participants who did were chosen because they tended to partake in Intercessory Prayer for people afar daily. (They believe that their prayers can impact the health, life of someone far away.)

The difference between the two Christian speakers was remarkable as well, both in the fMRI scans as well as in reporting after the experience.

The Christian speaker identified as having a reputation as being a healer had a much greater impact on shutting down the executive functioning of the brain.

The study revealed the greater the deactivation in the executive functioning region of the brain, the higher the rating of the speaker’s charisma (which has two meanings: the greek, spiritual gifts; and the more broad sense of a charismatic speaker).

The entire study can be read here: oxfordjournals.org 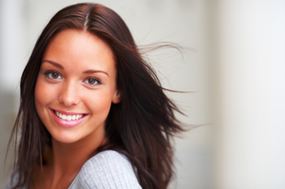 Now return to beautiful women. They are the next brain stoppers on the list.

Beautiful women captivate fascination and attention wherever they go. One thing you didn’t know until now – if you’re a man – they can change your body’s functioning, as well!

I’ve written often about the impact of beautiful women in the presence of men. Women…cause men…to be impulsive, act irrationally, and, well…to just BE stupid. (That would be a non- scientific term.)

Now it turns out beautiful women “do” more than that, by “doing” absolutely NOTHING.

Three people are placed in a room together to solve a Sudoku puzzle for five minutes.

One of them is a beautiful woman, the other is a man…any man. The third is the unwitting participant.

Cortisol, a stress hormone, gushes forth in the body of the unwitting male participant consistently in this setting.

This can occur when a man believes he “has a chance for _____” with a beautiful woman.

After the five minutes, if the man leaves and the participant has his level of cortisol checked, it is off the scales when the woman remains seated next to him.

However, if the woman leaves the room, leaving the two men alone, cortisol levels return to normal.

The University of Valencia reports that the cortisol level is heightened when the man believes the woman is “out of his league.”

Being around women who are out of one’s league for an extended period will potentially cause chronic cortisol elevation and lead to significant risk for high blood pressure, heart disease and diabetes.

Sigh. Some things in life, of course, have a price that might be worth paying….

Over the coming weeks you’ll get a sneak peek at how two very unlikely candidates just might square off against each other in the national elections in November!