Did someone at the center of a network spread the video of George Floyd’s death and cause it to be one of the more viewed videos of the world in 2020?

Nope. It was a young girl who pretty much didn’t know ANYONE of ANY social “importance.” She was NOT an influencer. Today, you can find her name online but you don’t know her name. And that’s likely a good thing. But she was PART of one of the most influential moments in U.S. history. 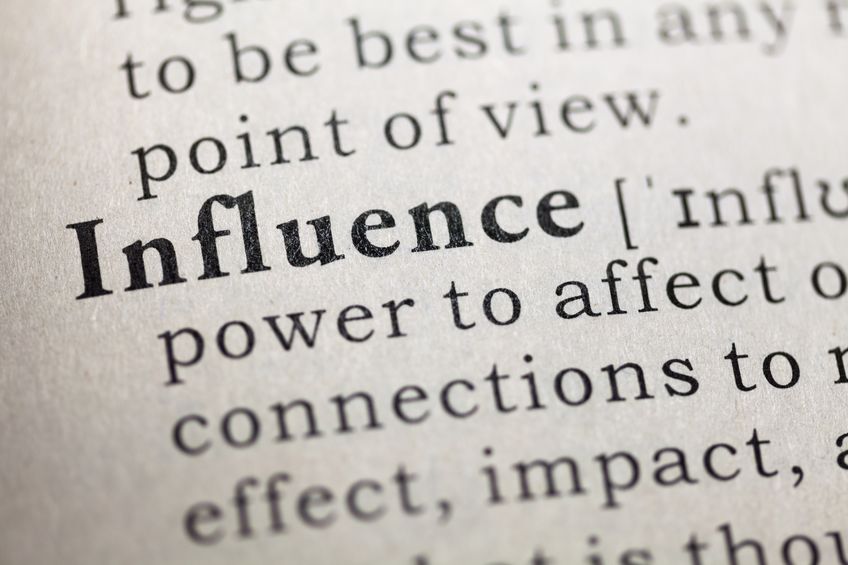 But she was (and now is) a tiny part of a very tightly woven social network.

The video was a VALIDATING piece of information for millions, with a massive emotional load attached to it that flamed an already hot fire of a social issue that’s been burning for years all around the world.

It’s not the video that is operating independently. It’s metaphorical of a powerful message for many.

I like how Dr. Gabriel Rossman discusses how ideas spread in networks.

Research just released provided support for what we’ve talked about at Influence: Boot Camp on many occasions.

What follows is the press release based on Rossman’s critically important work.

Nearly everything author Malcolm Gladwell said about how information spreads in his 2000 bestseller “The Tipping Point” is wrong, according to a recent study led by UCLA professor of sociology Gabriel Rossman.

“The main point of ‘The Tipping Point’ is if you want your idea to spread, you find the most popular person in the center of any given network and you sell them on your idea, and then they’ll sell the rest of the world on it,” Rossman said.

But Rossman’s latest study, recently published in Proceedings of the National Academy of Sciences, pokes holes in that widely accepted notion by showing how the presence of even just a bit of advertising or other mass communication — “top-down” information that comes from outside the network — effectively equalizes the influence of everyone across the network. (italics and bolding are mine, KH)

Rossman, together with co-author Jacob Fisher of Duke University and the University of Michigan, used a statistical programming language called R to build out network maps based on several different datasets. One set harnessed Twitter posts, along with retweets and mentions, over two weeks in 2011. Another used the Democratic National Committee email network from WikiLeaks’ 2016 data dump. Another used the emails of Enron executives subpoenaed in 2002. Six others were randomly generated.

These provided a network structure — a web of dots and lines showing how users in each network were connected to one another. Once those maps existed, Rossman and Fisher were able to see how quickly an idea might spread throughout the network if it started from the network’s single most important person or if it started from someone chosen at random.

What they discovered refutes Gladwell’s concept that network position is always paramount. They found that in instances where there is even a small amount of advertising — even when it is just a quarter of a percent (0.25%) as strong as word-of-mouth — there’s virtually no difference between the influence of the person at the center of a network and those further out on the string. 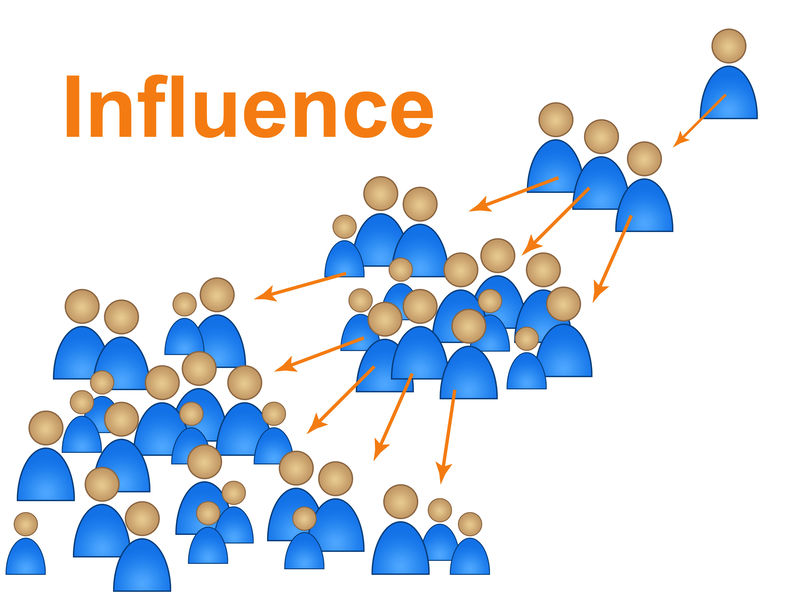 “It’s not that word-of-mouth doesn’t matter — it’s that nobody is particularly important for the word-of-mouth process,” Rossman said. “What we saw is that when advertising doesn’t exist, when advertising is exactly zero, it looks like whoever is Mr. Popular, whoever has the most central connections, really matters. And in that scenario, if you start with that person at the center of the network, like the leader of an organization or company, rather than the intern, then whatever you’re selling gets an uptick.”

But it takes only an incredibly weak amount of advertising to effectively neutralize the dominance of Mr. Popular, Rossman said. “Just a small amount changes the dynamic so that it practically doesn’t matter whether you start with Mr. Popular or the intern.”

Rossman is an expert on information spread in culture and mass media and is the author of “Climbing the Charts: What Radio Airplay Tells Us About the Diffusion of Innovation.”

The findings of his latest study, he notes, have wide-ranging implications, from selling products to a specific audience to understanding how to share information on vaccines with vulnerable communities.

“There’s a reasonably big body of literature that says you should find someone who appears to be structurally important to the network you’re trying to connect with,” he said. “We’re arguing that, if advertising exists, you can just pick somebody at random in the network and you’ll get just as good results as if you found the absolutely ideal person to start with.”

Legend Point:  If YOU want your idea to HAVE A CHANCE to move through a network in a captivating fashion, you want that piece of news or advertising that is compelling enough to meet with a voracious need. If people receiving your message to pass it along word of mouth or in social media, it’s got to hook into the fire in people’s minds about something that is immediately personal to them.

But it’s bigger than that.

You hear about Bitcoin and you hear about Ethereum probably. But MOST people don’t know ANY of the other hundreds of cryptocurrencies.

Legend Point:  Almost nothing IN a story is as important as WHEN it is HEARD.

Legend Point:  Whatever people hear first about you is what they will remember and how they will evaluate everything else going forward it’s very hard to change the law of the first heard story.

The Law of The First Heard Story is very simple.

The first heard story is what a person first hears about you.

The very first story they hear about you, whatever it is, good or bad, it doesn’t really matter because that’s what they’re going to believe for pretty much the rest of their life. And then in spite of overwhelming evidence to the contrary, when they hear something that isn’t consistent with that story they will continue to believe the First Heard Story. 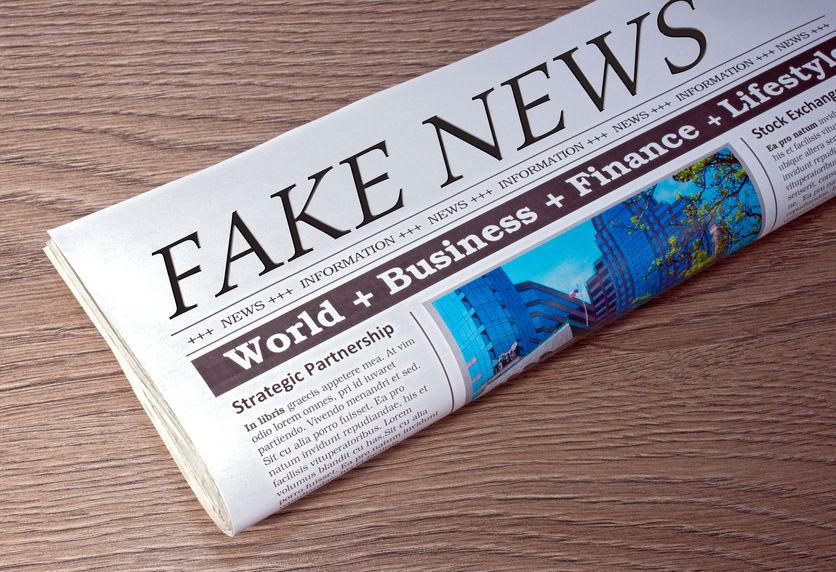 Imagine that you hear something, an evaluation, a review, a story,  about some person over there or an event of some kind. You have NO IDEA if the story is TRUE OR FALSE. And today with MOST news being questionable…but no matter, it’s not whether it’s logical or irrational. It makes little difference if “it” is real or fake.

It matters WHEN you hear it.

It takes a lot to convince you that something is different from whatever it was that you heard about someone or something.

Legend Point: It’s really important that in your social media and on your website there’s a short story that says something amazing and irrefutable about you, simply not you stating the amazing fact or theme.

Some valuable research was summarized in a press release on publication date. Here is one way the First Heard Story is seen as critical.

If you’re about to buy something online and its only customer review is negative, you’d probably reconsider the purchase, right? It turns out a product’s first review can have an outsized effect on the item’s future — it can even cause the product to fail.

Shoppers, retailers and manufacturers alike feel the effects of customer reviews. Researchers at the University of Florida’s Warrington College of Business looked at the influence of the first review after noticing the exact same products getting positive reviews on one retailer’s website but negative reviews on others, said Sungsik Park, Ph.D., who studied the phenomenon as a doctoral student at UF.

“Why would a product receive a 4.7-star rating with 100 reviews on Amazon, but only four or five reviews with a two-star rating Walmart or BestBuy?” Park wondered.

To find out, Park — now an assistant professor at the Darla Moore School of Business at the University of South Carolina — teamed up with UF professors Jinhong Xie, Ph.D., and Woochoel Shin, Ph.D., to analyze what might cause the variation. By comparing identical vacuum cleaners, toasters and digital cameras on Amazon and Best Buy, they were able to isolate the first review as the variable in how the product fared. They showed that the first review can affect a product’s overall reviews for up to three years, influencing both the amount and the tone of later reviews.

“The first review has the potential to sway the entire evolution path of online consumer reviews,” Shin said.

How could one review have such a lasting impact? When the first review on a retailer’s site was positive, the product went on to garner a larger number of reviews overall, and they were more likely to be positive. When a product got a negative first review, fewer people were willing to take a chance on buying it, so it had fewer opportunities to receive positive reviews, creating a lingering impact from the first unhappy customer.

NEVER allow your market to hear a BAD STORY about YOU, FIRST.

“Once you think about how user reviews are generated, it makes sense,” Park said.

The findings, published in the journal Marketing Science, suggest that retailers and manufacturers should take steps to detect negative first reviews and mitigate their impact.

Firms generally monitor their online reviews and evaluate their strategies accordingly, Xie explained. “However, they do so by focusing on average rating rather than a single rating, and after the product has sufficient time to be evaluated by consumers. Our research suggests that firms need to pay attention to a special single review (i.e., the first one) as soon as it is posted.”

Consumers, on the other hand, might want to check multiple sites’ reviews before they rule out a product. If you’re looking at several sites to compare prices, Park suggests comparison shopping reviews, too. (For big ticket items, Park also checks third-party reviews like Consumer Reports.)

Because shoppers consider user reviews more trustworthy than information from advertising, it’s important to understand the factors that could skew those ratings.

The Plan for the First Heard Story

Always be aware that you can control the first couple of reviews or stories about you, your products and services.

And most important, you should make a plan for these reviews and stories long before you actually go to press or release your services or products to consumers.

Your first COMMENTS/REVIEWS on your story MUST be confirming/positive about the product/you.

Your story can be told to the social network by almost anyone who has a shareable message (text, image, video) that meets with voracious need and often need of validation.

Use the 20th Law of Persuasion and you’ll have a much, much more profound 2022.