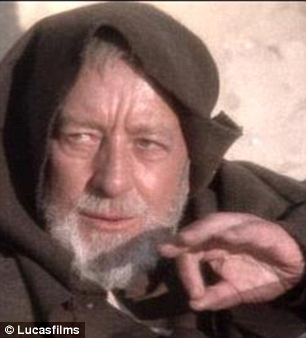 “These are not the droids you are looking for…”

And they passed by without a second thought on the part of the storm troopers.

Obi Wan Kenobi expected the bad guys to let Luke, C3PO and R2D2 pass without further inspection. He didn’t wonder if his directive would be followed he simply knew…

It’s this knowing that triggers actions, thoughts and beliefs in the mind’s of others.

Of course this example is from fiction. Hardly enough to provide evidence that you and I can harness a similar “power.”

And I say “similar” because the chances that you and I can harness a universal energy field and use it to move objects…is unlikely in 2016.

But the identical experience of the power of expectation is itself far more common and PREDICTABLE than you might guess.

A 20 year study will be published later this year.

The findings about expectation are simple in the massive project.

If someone believes they are likely to be married within five years, they commit fewer delinquent acts in life. Being married obviously carries with it the sense of responsibility.

Think about this: Just EXPECTING to be married dramatically changes your behavior.

And this brings me back to one of the most important studies ever done.

I have shared this story a couple of times in the past at live events. It is worth repeating because I believe this was the first time the Jedi phenomenon was ever tested.

The research began immediately after the release of the original (real) Star Wars.

Here is Who You are Going to Be

The real purpose of the University of Minnesota study was to see if who you EXPECT someone to be influences that person’s SELF PERCEPTION and who they BECOME.

Here is how it played out. Proceed with caution. There are some pretty extraordinary discoveries here!

51 Men and Women who have never seen each other were paired to have a telephone conversation.

The participants were told they were going to be part of a Nonverbal Communication study that considers the process of how we become acquainted with people. (This frame that was shared with the participants is not true. It was necessary set up the study condition where two people talked on the phone but never saw each other.)

Before a phone call was initiated by each man, each woman had previously filled out a brief info sheet. “What is your major?” “What High School did you graduate from?” The kind of stuff that is 100% not important in getting acquainted. It was worse than meaningless chit chat.

The completed sheet was soon given to the man when he walked into a different room to call the woman whose survey he had been given.

Upon arrival, he had his photo taken and he was given a photo of a woman.

The photo he received was one random picture pulled from four possible pictures each of a different women whose average attractiveness was measured at 8.1 (1-10).

In another test group he would have been given a photo of one of 4 women whose average attractiveness was 2.56. (A significantly less attractive woman.) 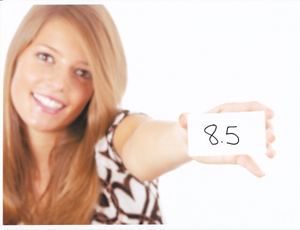 In all cases, the photo he was given was not of the woman he had been paired with to call in the other room.

After looking at the photo and quick info sheet of the woman he thought he’d be speaking with, he recorded individual impressions of the woman.

After the 10-minute conversation with her, he filled out another Impression Sheet about the woman.

Later, 12 people assessed the woman’s side of the audio recording, which filtered out ALL of the parts spoken by the man.

In other words, these “judges” heard every word and breath she took and none of his. Simple enough.

When this task of the judges evaluating the conversational style of the 51 women was complete, the next stage of the study began.

At this point 9 other judges listened to just the man’s side of the conversation in a recording.

What did the observer judges BELIEVE about the women they had just spent a full day listening to?
Frightening results…

What were the results? 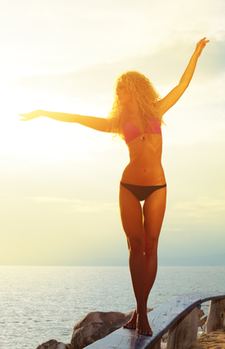 When a Man Viewed a Photo of an Attractive Woman?

Several days later the coders/judges heard a female voice that revealed personality traits almost the same as the man had perceived her.

When a Man Viewed a Photo of a Less Attractive Woman?

If a man had seen a photo of one of the unattractive women, the judges ascribed very different personality characteristics to that woman based on only her 4 minutes of recorded conversation. And remember…there were 51 pairs!

“What had initially been reality in the minds of the men, had become reality in the behavior of the women they interacted with- a discernible reality by even naive observer judges, who had access to only tape recordings of the women’s contributions to the conversations.” 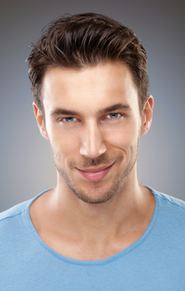 This is where things become even more spooky.

The coders also rated the appearance of the men!

But why? How did the coders rate the personality traits of the men!?

Based on only the men’s side of the conversation, the other group of coders who had not heard the women or seen a photo, they found what turned out to be this:

If the man was looking at the photo of an attractive woman (unknown by the coders and only discovered upon final collection of all the information!) HE was ascribed traits of higher physical attraction, more confident and more animated than their counterparts who saw a photo of an unattractive woman!

How does the woman’s perceptions of both herself and her former phone partner change?…

Women’s Self-Perceptions Affected by the Photo the Man Viewed 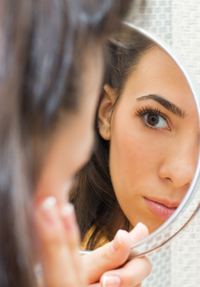 Pause and think about the headline above.

How I view MYSELF is shaped by the picture I’m looking at right now.

My OPINION of ME is shaped and CHANGED by who and what I perceive YOU to BE!

In other words people perceive themselves to be have better character traits than the norm.

And then people decide whether you have judged them fairly or not by YOUR PERCEPTIONS that bleed through into conversation on many levels!

The implications are mind blowing.

The first thing I think about are the practical implications.

If you are male, what would happen if you had a picture of an attractive woman in view as you worked on the telephone setting appointments, consummating the business deal, or communicating with a woman for any reason?

It would seem likely that more appointments would be set, more deals would be consummated, and communication would be vastly improved.

And what of women who would communicate with men? Would the same strategy be effective? This has not been tested, but my guess is that it would.

And what are we to think about people in general?

Doesn’t the research imply that MY biases (positive or negative) change YOUR behaviors?

That’s exactly what it implies.

And think about this:

The notion that a man’s belief about a woman’s attractiveness – a belief that has been held for one minute – can change how a woman’s voice and conversation is perceived by random people.

The other lessons here are many.

The Perceptions of Attraction

Let’s look at that “Prophecy Effect.”

Does what you think REALLY shape others?

Each day, on average, you run into 100 people somewhere. Each of those people sees you in some way. Do they ALL shape your behavior? And if so, wouldn’t that create you and me in the image of how society as a whole sees us?

So how do we know WHICH expectations actually change behavior and attitudes?

How do you know what specific things to focus on when you talk with someone?

Is there really an almost foolproof way to predict the future?…

The Power of Prophecy?

One well done study makes an idea interesting. A second that studies the same phenomenon in a completely different context gives you information to LIVE BY.

How REAL is the JEDI MIND in the real world?

Here’s the answer…and also how it WORKS for you.

Two psychologists visit a 15-week military Boot Camp for experienced soldiers in Israel. They want to know what a commanding officer’s expectations will do to those he teaches and trains in a Boot Camp. 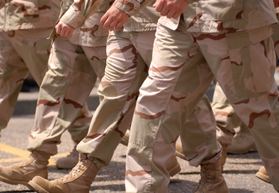 105 soldiers were randomly assigned one of three one word labels – by the psychologists visiting Boot Camp.

The Psychologists met with the commanders who would be training the 105 trainees.

The psychologists recorded one of three words in each soldier’s portfolio.

The Psychologists departed and only returned after 15 weeks had transpired.

The soldiers were to be evaluated on theoretical knowledge of combat tactics, topography, standard operating procedures and practical skills of navigation and firing a weapon.

15 weeks of advanced training for these long-time soldiers whose Combat Potential was randomly assigned passed and the tests were administered.

One week after the psychologists first visit, the Commanders ranked the Command Potential of the trainees.

After this week, the influence of the instructions they received from the psychologists and the 1-9 ratings they recorded were already telling. 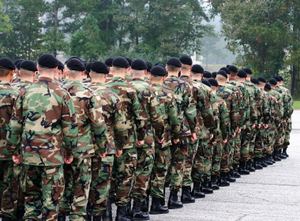 Those soldiers that the psychologists had noted would have “Regular Command Potential” had dramatically lower initial rankings after the first week.

Here’s the exact numbers using the 1 – 9 scale, that were reported by the Commanders, averaging each of the soldiers.

Because of the dramatic differences, the psychologists took several precautions with the Base Commander to make sure the trainees were treated well and their future career would not be negatively impacted by what happened in the training. These were NOT recruits. These were all skilled long time soldiers!

How did the single word change scribbled in a folio change results of human behavior across seven key training areas?!?!

At the end of the 15 weeks, the instructors had collected all the information from independent military trainers who tested the recruits. They then assigned a Cumulative Performance score ranking to each soldier.

(The Commander’s expectations of the soldiers became the soldiers’ reality as you can see from the below objectively tested CP scores.)

Those numbers for Trainee Performance?

Remember there was no REAL difference among the skilled soldiers. They were all top caliber.

It was now obvious that a Commander’s expectations would change and shape the performance of experienced men with 11 years average each in the military.

The power of REAL expectation is to be taken seriously.

Certainty is Key to The Power of Expectation

These two studies highlight the fact that no one is doing “affirmations,” like “I think I can,” “I think I can.” These people are convinced about the people they are communicating with.

And for the record, just what did the statistical analysis show the Instructor Expectancy to CAUSE in the study?

The variance in the results for Performance was 73% based on Instructor Expectancy.

If you put that factor into the terms of a classroom, then the difference between a child getting a “B” and “D” COULD mostly be generated from the teacher. And of course, you’ve heard me tell THAT story for years. 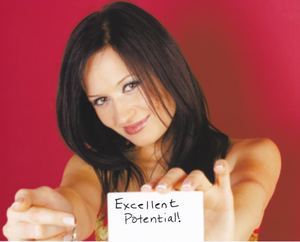 Thinking positively about someone isn’t going to cut it in the real world.

In fact, it could easily have the opposite effects.

However, one piece of compelling evidence that causes someone to have certainty about another…something as simple as an errant photo or a word transcribed from a psychologist’s notes to a military file folder…can change someone’s perceived personality, their actual performance, and where they end up in life.

Previous: Story: How to Never Tell a Boring Story Again
Next: Body Language Analysis – Decoding Power, the Most Misinterpreted Language