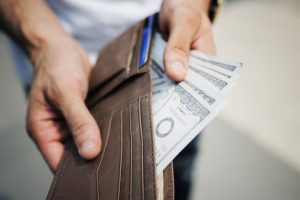 According to a new study of behavioral economics, published in  Nature, people will spend their own money to make the rich less rich and the poor less poor. They do so without any hope of personal gain, acting, it seems, out of a taste for equality and sense of fair play.

Earlier research has demonstrated that people are willing to incur costs to punish and reward others, especially in scenarios where every player’s contribution to a common pool results in greater benefits for all. But in those cases it is hard to tell whether the actions are motivated by egalitarian preferences for similar income levels or a desire to enforce norms and encourage group cooperation.

So James Fowler, associate professor of political science at the University of California, San Diego, doctoral student Christopher Dawes and their coauthors set up a game to see if there’s a drive for equality.

The results suggest that a form of material egalitarianism is more than just a long-held ideal of utopian philosophers and political theorists. With not only self-interest but also group cooperation removed as factors, people still, at a cost to themselves, gave money to the poorest players and took it away from the richest.

Fowler and colleagues believe that their experiment shows that egalitarian motives, to some extent, underlie the evolution of cooperation and reciprocity in humans. “One of the reasons we cooperate may be because we care about equality,” Fowler said. 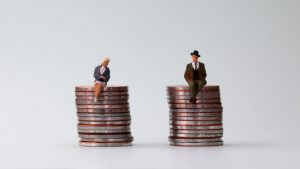 Real-world analogues for egalitarian preferences, said Fowler, can be seen in the wide acceptance of a progressive tax and a social welfare net.

“If people didn’t have a taste for equality, then I would expect the world would be even more unequal than it is,” he said. “It has not been fully appreciated yet how much people are willing to level the playing field and how much this determines our ability to cooperate with each other.”

A total of 120 volunteers took part in the experiment over six sessions, playing the game five times in groups of four. Group composition changed with each game and players’ game histories did not follow them. In other words, reputation and retribution were not allowed to play a role.

Participants were randomly allocated different sums of money. They were shown what each player got and presented with a choice to do nothing and maintain the (unequal) status quo or to reduce their own real takeaway pay by one monetary unit in order to either increase or reduce another player’s income by three units. Outcomes of each game were then displayed.

In all, income alteration was frequent: About three-quarters of participants reduced or increased another player’s income at least once and about a third did so five times or more.

The pattern of behaviors had the effect of equalizing income. It also did not change as players gained experience with the game (and so could clearly see that there really was nothing to be gained from their costly actions). Furthermore, it didn’t seem to matter whether individuals had themselves been the targets of an increase or reduction in the previous round: They continued acting as they had, either redistributing winnings according to apparently egalitarian principles or, as was the case with a minority, concentrating wealth in the hands of a few.

The researchers capped their experiment with a questionnaire designed to elicit emotional reactions. Players expressed the greatest levels of annoyance and anger in a hypothetical situation where one player got far more than they had. And the players who felt this way the strongest spent more to equalize the distribution.

And that’s not all. Continue reading...

Pages: Page 1 Page 2 Page 3 Page 4
Previous: Creation of Wealth, Here’s How
Next: Perception Changing Quiz: The Power of Altering What They See