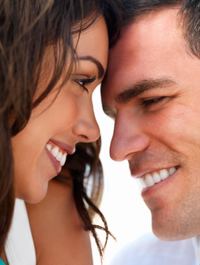 What people expect often influences and DETERMINES what actually and ultimately happens.

But then, I think it’s magical when I flip a switch and a dozen lights are turned on all over the house.

Expectancy, when it comes to RESULTS of getting what you want in a conversation, in a meeting, in life is fundamental.

Two different people saying the EXACT same words, with PRECISELY the same tone of voice, will get COMPLETELY different results determined by the expectations of both individuals. People who have many references for being “typically influential” come to EXPECT that they will always be that way. These people tend to become Influencers and typically have bank books to match their level of expectation.

Of course, that’s what you would EXPECT…isn’t it?

The Power of Expectancy

In my live appearances, I’ve used the simplified story of the 1968 study where researchers split students into two groups. High IQ and Low IQ. After 8 months, the High IQ group performed remarkably well. The Low IQ group did very poorly after 8 months. The teachers had been told which group they were given at the beginning of the year, but everyone else, including the parents, were kept in the dark about the division of the students.

That’s The Power of Expectation.

There are exceptions, but in general, there is very little correlation between results when matched against attitude, visualization or affirmation. Expectancy is a nonconsious prediction that is generated but only rarely acknowledged in consciousness, and it is accompanied by a sense of obvious “certainty”.

The teachers didn’t “think” about the students. They simply “knew” that the students were either superior or inferior based on what they were told by the researcher at the beginning of the year.

In a hypothetical example that is perhaps closer to home, the most verbalized or considered example of “real” expectation might be an off-handed, “I would imagine she’d say, ‘yes.’ ”

Hope is the First Crossroad to Failure

Don’t get me wrong, hope can be a very good thing.

But relying on “hope” as a strategy is futile. That nonconscious CERTAIN “prediction” causes different neurological behavior than, “I HOPE she says yes”. 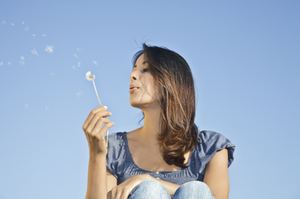 KEY POINT: Once someone has “hoped for something,” they certainly don’t expect it to occur.

Your behavior will be very different if you hope for something vs. being in a conversation and simply “knowing” that something will happen.

The real secret here is to be sure that certainty is in the recipe that creates expectation.

If someone brings up “the question,” whatever that might be, don’t hope for anything. Once you’ve looked at the situation, and once you “know” what is likely to happen, then EXPECT and BE CERTAIN of that RESULT.

Now that you have these insights. Think about what these same insights will tell you about LIMITING beliefs!

What leads to some SERIOUSLY nasty limiting beliefs? …

It’s important that you don’t confuse “hope” and “expectation” in your mind. If you do, you will train yourself to believe some pretty messy things. Worse? You will develop seriously flawed ideas about how the world works.

Expectation is a proven valuable commodity and is developed through experience not affirmations.

That same police officer might FEEL a sense of certainty in picking stocks or who will win a football game, but he would be wise to not confuse the expectation of something for which he is an expert, for that which he is not.

Just because the police officer expects the Cowboys or the Colts will win has no impact of any kind on what will happen in the football game.

Expectation is not a spiritual concept. It is a sociological and biological experience.

Expecting that the universe will take care of everything is obviously ridiculous. There is no impact of the nonconsicous mind on nonlocal events.

Can New Brain Maps be Created?

BUT, expectancy can be trained and developed through mental discipline.

Rituals are a good example of such training.

Rituals set the brain either at ease or put it into a preparatory and optimal mode of readiness. The brain is comfortable and most certain in rituals with meaning or routines that create certainty. 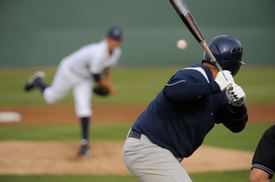 Therefore, all the seemingly crazy stuff baseball players do before going into the batter’s box is actually necessary for them because it “means” they are ready to be “at their best”.

KEY POINT: The Baseball Player expects that he will do better if he gets to complete his ritual. He would definitely expect he would not do as well at the plate if he didn’t finish the ritual.

An excellent way to synthetically blend what they might adopt as “positive thinking” with something that actually works in reality, is to use some Ericksonian (hypnosis-like) thinking.

Example: You might think/say to yourself, “I’m beginning to think of new products/services / ways to say I love you / ideas for my xyz / all day long”. Immediately allow a cognition to occur to create a true stimulus/response in the brain and with a few repetitions, you might just wire in a neural firing sequence that will take hold and “stick.”

Affirmations are the Stop Sign on the Road to Success 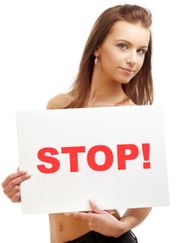 The Science of Expectation can easily be rendered useless if proven processes meet up with groundless beliefs. I get concerned about “believe you have already received it” – first, because this desirable notion is obviously not expectation. (Then my Old School philosophy from being a therapist kicks in.)

The affirmation is “a future placed past tense mental process.” It directly challenges the truth and it challenges a person’s reality in a way that can only be concluded to be inaccurate at best, a lie at worst.

I have a belief. The belief is not necessarily a fact. And the brain can be disciplinary in nature, and what seems like a minor distinction can have major results. Your brain WILL punish you if you do stuff your brain knows you should not be doing.

Why does my expectation change their behavior? …

Certainty is the “Go”

If I expect (anticipate the outcome) the person to say “yes,” that is the result I’m projecting.

My expectation changes my behavior in such a way that can allow the other person to be more at ease as I communicate. 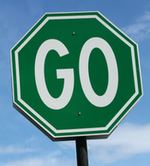 Outside of the realm of influence, people have “expectations” about what life will “give them”.

I think people are best to avoid the mantra/chant of something like, “I already received the raise” because that can switch off what is called the Passive Goal Guidance System in the brain. After all, there is no reason to attend to that which one already possesses…

Milton Erickson’s work points to the process of certainty within truth. “I am beginning to see ways to set people at ease.”

That is a true statement. “People feel at ease around me,” is unwise because it is outside of certainty. Even so it’s better than “I set people at ease.” Your brain is never going to fall for that…

To make a few distinctions for future articles: The dictionary definition is correct and that is the basis of The Law of Expectancy in The Psychology of Persuasion: How to Persuade Others to your Way of Thinking (1996) moving forward to the present.

To complete the crucial point, consider the Expectation of Painkiller Termination Research that was just recently reported.

The “belief” that a drug won’t work can reduce its efficacy, even if it’s an actual drug. According to the BBC, a new study demonstrates that “the benefits of painkillers could be boosted or COMPLETELY wiped out by manipulating expectations.” 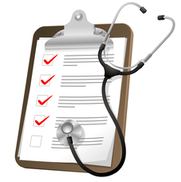 For the study, researchers applied heat to the legs of 22 patients who had been attached to an IV drip.

The test subjects were asked to rate the pain they felt on a scale of 1 to 100. Initially, they put the number at 66. Doctors added remifentanil, “a potent painkiller,” to the IV drips without telling them. The pain went down to 55.

Later, they told the patients they were being given a painkiller. The pain score dropped to 39. Then, the researchers announced that they were cutting off the painkiller, but didn’t actually change a thing – and the reported pain score soared to 64.

Reread those simple results. What you see is really mind boggling.

These patients weren’t visualizing or hoping for something.

They were simply told that they were no longer being administered the painkiller.

Soon, they reported their pain level.

Independent of wishful thinking/visualization/et al…it was a certainty. No B.S. The subjects were being given a pain killer and then it was stopped. Or at least that is what the patients were CERTAIN of.

That’s not a belief.

It is something that simply is accepted as “the way it is”. Never thought of again. AND THIS IS where expectancy has it’s power.

Remember the book called, The Secret?

(You know, “imagine you already have it and you will have it.” Oh, and, you attract everything into your life through your mind…stuff like that.)

“The Secret” kind of thinking is not helpful because it:

The study on the previous page shows the patients expected the pain to be there. It was. They didn’t give it another thought.

That’s the kind of expectation that is truly powerful. “The Accepted Fact”….all the while the painkiller was continuing to drip through the I.V.

You might be familiar with this story. It has one other lesson, that I hadn’t considered…

Certainty Makes You Persist Until….

One person might quit when the first publisher says “no” to the request to publish their newly written book.
You can hear the would be author saying, “It wasn’t meant to be.” 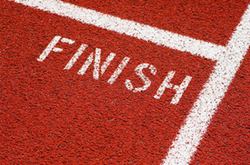 That person has just had their definition of something matched.

My mental conditioning, for lack of a better term, is almost always different than that. “I wrote the book, it’s gonna be published, period.” I never really think about it. You just make it happen.

But back with The Psychology of Persuasion, there was very little evidence to support the belief. BUT after it finally was accepted by Publisher #247 (really) THAT generated a reference for certainty. If I said it was gonna happen, it’s gonna happen. You just make it happen. So going forward there was never any doubt on the next 21 books. You write it. You get published.

…And along the way there is all KINDS of DISAPPOINTMENT, DEPRESSION, FRUSTRATION, whether you anticipate it or not. And that can cause one to quit or to mentally condition themselves to move on with more intensity and more power. But, it doesn’t have to.

Use the Power of Expectation and The Law of Expectancy to change your life and make you more influential!