Crowdsourcing will Kill Your Business

A major business decision based on the popular vote.

Lots of minds, instead of just yours. At first glance it appears there would be some sense to the notion. 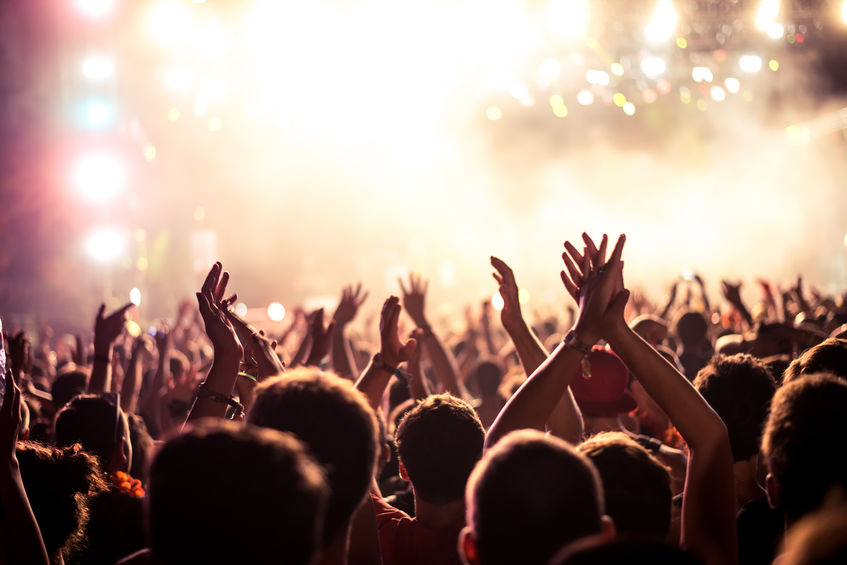 What could possibly go wrong?

A book called The Wisdom of Crowds, talks about the idea that groups are going to make better decisions than individuals. And of course in an era where a title or headline is taken to be the entire book or program, people are inclined to believe it.

It’s simply going to get you the result of what a crowd would do. Sometimes the crowd is average. That is definitely the tendency when you collect a bunch of people together in a group.

But the reality is, the more people in a group the lower the IQ and the elimination of resistance in thinking on the part of the group. In other words, critical thinking is out the door. Could it be more creative? Yes and I’ve written on that subject elsewhere in kevinhogan.com  But even in this context, more often than not the “creative inputs” don’t yield better results than an individual prepared for the task.

Groups are a bit like the nonconscious mind. People’s behavior changes dramatically in groups and there are huge  advantages to collecting people together for all kinds of reasons. It can be an emotionally bonding experience for example to be part of a big group. It can be very validating.  But what is not present is the desire to think and solve because groups cause humans to let their guard down and feel safe.  That’s great for a concert and not so great when trying to make good decisions.

The reality is that without conscious mind information, the only decisions that are made well and quickly are those when a person has volumes of experience. In all other areas, decisions made without information and based on emotion and intuition are met with total failure.

Similarly there are almost no situations where groups can do a better job at thinking than individuals. We tend to get very dumb indeed.

The classic 1950s research by Social Psychologists Solomon Asch, and Morton Deutsch and Harold Gerard introduced the idea of normative social influence, which refers to people’s tendency to give public responses that allow them to fit in with others, even when they privately              d 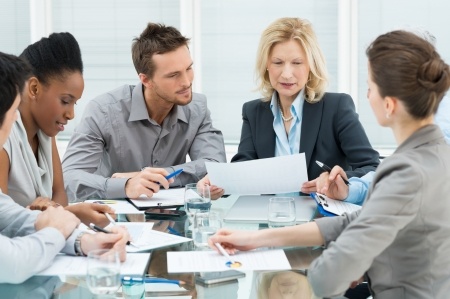 isagree. In Asch’s study, which involved a simple and very obvious correct answer about the length of some lines,  three of four subjects at some point conformed to a group answer that defied their own perceptions,  because they figured that surely all the others couldn’t wrong, could they?

Talk about overriding knowledge and common sense! Without the group effect and social influence, the error rate when giving their answers in private was only 1%, not 75%.

Imagine one of my Inner Circle members wants a “crowdsourced title” for a book on how people can advance in the workplace. If my “Tribe” chooses the title, perhaps they’ll all rush to buy it later. (This is not how things work out in real life btw.) Before you know it, the humorous comments have started, and the approval rating for the majority suggestion has gone way up. And the very necessary people who remember that the author would and should NEVER use a specific type of title, have lost the will to object, or have excused themselves from participating in such a “childish” dialogue, figuring the decision has been made, due to overwhelmingly popular opinion, and not based on how people buy vs. what might sell.

Legend Point: In some situations conformity is constructive and appropriate; in most other situations it is not. In a crowd, conformity of the vast majority is all but guaranteed.

Researchers have done a great job of shedding light on the ridiculous notions of emotional advantages in group decision-making. If you read the research…

A study out of the Department of Psychology at Carnegie Mellon University challenges Damasio’s  somatic marker hypothesis – the notion that bodily states can guide decision-making when conscious knowledge isn’t available. The paper, providing the challenge was written by doctoral student Tiago V. Maia and James L. McClelland, the Walter Van Dyke Bingham Professor of Psychology and Cognitive Neuroscience. 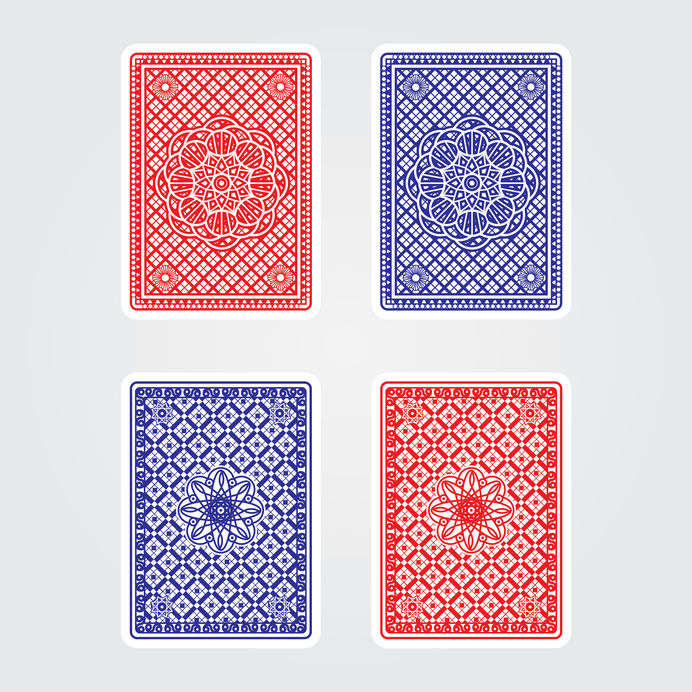 From the results of his gambling study, Damasio had concluded that when an individual faces a decision, each alternative elicits a bodily state – a somatic marker – that corresponds to an emotional reaction. According to the hypothesis, these markers influence decision-making and can guide the individual to make an advantageous choice even in the absence of conscious knowledge to guide the decision.

Damasio’s study involved choosing cards from one of four decks, according to whether the subject might turn up a “reward” card to earn money, or a “penalty” card, which lost them money. Rather than just “feeling” (the somatic marker) Maia and McClelland theorized that, over time, participants “learned” which decks, were the “bad” ones and which decks had a higher proportion of “reward” cards.

They found that in testing the his original “somatic marker” hypothesis using a simple card game, Damasio and his colleagues had used a test of conscious knowledge that was not sensitive enough to detect everything the participants knew about the game; thus, individuals may have been guided by their knowledge (learning the “bad” decks by remembering how many penalty cards had been turned up), rather than their bodily states. Maia and McClelland also reviewed other evidence used to support the somatic marker hypothesis, and found that, in all cases, recent results suggest alternative interpretations for that evidence.

I could finish it off by having anyone believing the unconscious makes good decisions with a quick trip to Vegas. Sit next to me at the blackjack table and see how that notion pays off in the real world. The same would be true of stock selection or virtually any forward looking decisions that are based on “the gut.”

Except in an area of personal expertise, your gut (and mine) can kill you.

Legend Point: You have two really important pieces of information: “What you heard” is not a great way to make a decision, and what you “feel” is meaningless outside of the exception of vast experience.

Other studies have shown us that: 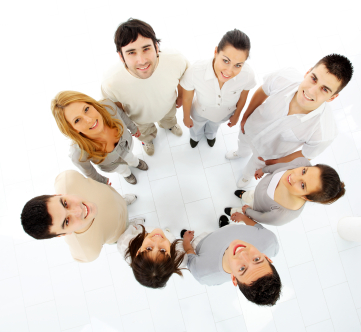 Unanimity in a group setting provides undue pressure on the individual to follow suit.

Normative social influence can be a very powerful, yet unconscious motivator of behavior. When homeowners were subjected to messaging about their neighbors’ household energy conservation, their behavior subsequently changed in line with those messages. The authors, Nolan, Schultz, Cialdini, Goldstein and Griskevicius, found the homeowners attributed their increased conservation efforts solely to environmental concerns or social responsibility, denying any impact from the communications they had received. “I was going to do it anyway…”

Putting decisions in the minds of the many or the unconscious of an individual is asking for failure…even when the idea “feels right.”

How can you be sure of your decision-making abilities with individuals and when they aren’t about math, calculations and prediction?

Reading others can give you the edge you need.

You are going to learn to read people in virtually an instant. I’m going to introduce you to what I do when The New York Post, First for Women, Cosmopolitan, Playboy, The Star, Maxim, Success, Selling Power and the rest of the media call!

Celebrities are the best people to study body language with because, like lawyers and politicians, they must cloak their feelings when in public. What is particularly helpful for you is that most of these photos are “candids” (not posed). That means you are going to learn to read people interacting in every day situations…while being under scrutiny of cameras and fans. The greatest challenge of all.

If you can analyze these photos with me, you can read anyone!

You will receive a handbook that will let you put your predictions on what each person’s body language means as far as liking, deception, relationship quality and stability and so on. As you listen to the CD’s, you can then compare your notes with what I share with you! All the while you will be able to see nuances like skin color and flushing because the photo quality is stunning. This is the learning opportunity of a lifetime.