Under the Influence of Other People’s Opinions

It’s scary how one very, very tiny group of people who call themselves The Parents Television Council, often determines what you see and don’t see on TV. This handful of activists whose power has diminished but not been eliminated,  tells the government what “the people” (you and me) think is “decent” or “indecent,” and they call day and night when the woman in the Victoria’s Secret Fashion Show is wearing something too revealing.

Of course, it’s nothing of the sort…it’s the fact that if that person was wearing it…the one who called…no one would watch!

And this group calls local TV stations and sends tons of e-mails creating the ILLUSION that viewers can’t stand such a thing.

The fact that a few hundred people who are loud and obnoxious control what I see on television can be frustrating.

Netflix must drive them crazy.

So how does this group, who supposedly represents MILLIONS of Americans, yet only gets about 500 people per day to their website ….how is it that they are so effective when they don’t remotely express what Americans really think?

How Opinions of Others Influences

You are totally unaware of how the opinions of other people who are AROUND YOU are influencing your decisions every day. 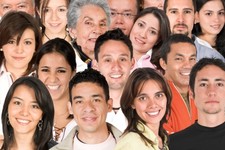 Scary new research reveals that the effects of people who are FAMILIAR to us is frighteningly POWERFUL.

Who you hang out with, and around….changes your life….

Whether people are making financial decisions in the stock market or worrying about terrorism, they are likely to be influenced by what others think. And, according to a new study in this month’s Journal of Personality and Social Psychology, published by the APA…

…repeated exposure to one person’s viewpoint can have almost as much influence as exposure to shared opinions from multiple people.

Legend Point: This finding shows that hearing an opinion multiple times increases the recipient’s sense of familiarity and in some cases gives a listener a false sense that an opinion is more widespread then it actually is.

How Did it Work?

The studies found that an opinion is more likely to be assumed to be the majority opinion when multiple group members express their opinion. However, the study also showed that hearing one person express the same opinion multiple times had nearly the same effect on listener’s perception of the opinion being popular as hearing multiple people state his/her opinion.

Researchers examined the underlying processes that take place when individuals estimate the shared attitude of a group of people and how that estimation of collective opinion can be influenced by repetition from a single source. Since gauging public opinion is such an essential component in guiding our social interactions, this research has implications in almost every facet of modern day life.

How Do People Gauge Popular Opinion

“This study conveys an important message about how people construct estimates of group opinion based on subjective experiences of familiarity,” states lead author Kimberlee Weaver, (Ph.D), of Virginia Polytechnic Institute and State University. “The repetition effect observed in this research can help us to understand how our own impressions are influenced by what we perceive to be the reality of others.

For example, a congressman may get multiple phone calls from a small number of constituents requesting a certain policy be implemented or changed, and from those requests must decide how voters in their state feel about the issue.

This study sheds light on the cognitive processes that take place that may influence such a decision.

Article: Inferring the Popularity of an Opinion From Its Familiarity: A Repetitive Voice Can Sound Like a Chorus. Kimberlee Weaver, Virginia Polytechnic Institute and State University, Stephen M. Garcia and Norbert Schwarz, University of Michigan, and Dale T. Miller, Stanford University; Journal of Personality and Social Psychology: Vol. 92, No. 5

Adapted from materials provided by American Psychological Association, via EurekAlert!, a service of AAAS.

One of the world’s finest mentalists (someone who “reads minds” for entertainment without lying to you…it’s magic…) agreed to show me how to calibrate to almost anyone’s thought processes with a quick look at the person and the expression on their face. It took me all of a couple of hours to “get it.” All he asked in return was to tap my mind on the latest in persuasion. It was a match made in heaven.