Now before reading on, scroll down so the woman is off your screen for a moment.

Next, simply write down with a pen or pencil what you saw.

Most all men can tell you precisely what they observe in brief flashes. Dark hair, round glasses, cleavage, all without prompting. With a quick glance most don’t get the pen but do return to the pen given another half second. This experiment was interesting and originally dawned on me because of the gorilla in the “count the number of passes” video we’ve discussed in depth here.

People miss a gorilla walk through people passing basketballs back and forth, but they men catch the glasses in a glance at a woman with these attributes.

Humans are generally surprised by what others do and don’t see. They are also shocked when they are not among other observers, at their own personal experience.

“What pen?” Women ask. They also don’t notice the darkly polished nails, though men typically do. There is a caveat here that goes beyond the scope of the article. Men have to be prompted, “and what color were her nails” as do women.

And how long do men look at the woman. She is an attention getting woman, of that few would disagree.

The average person reporting to us in the personal time experience view comes in at less than 3 seconds. That surprised me and I’ve read and played along every piece of attention research that comes to me.

Almost 3 seconds is not captivation. It is attention.

I think our friend is captivating but from the perspective of science and influence and the science of influence, she captures and briefly holds attention.

YOU are going to need a lot more than 3.0 seconds of someone’s mind to captivate and then influence.

In the case of the model, what could have caused you to observe her for an extended period?

The model moved in some way. (Image becomes movie, movement. A visual story.)

Surprise. (Anything changes to the image in an unexpected fashion.)

Entropy. (The image begins to fade.)

People pay attention to your message until they don’t…or they are captivated.

At what precise moment do they look away from your message? How do you stop that from occurring?!

The Hypnosis Triggers Made Simple: 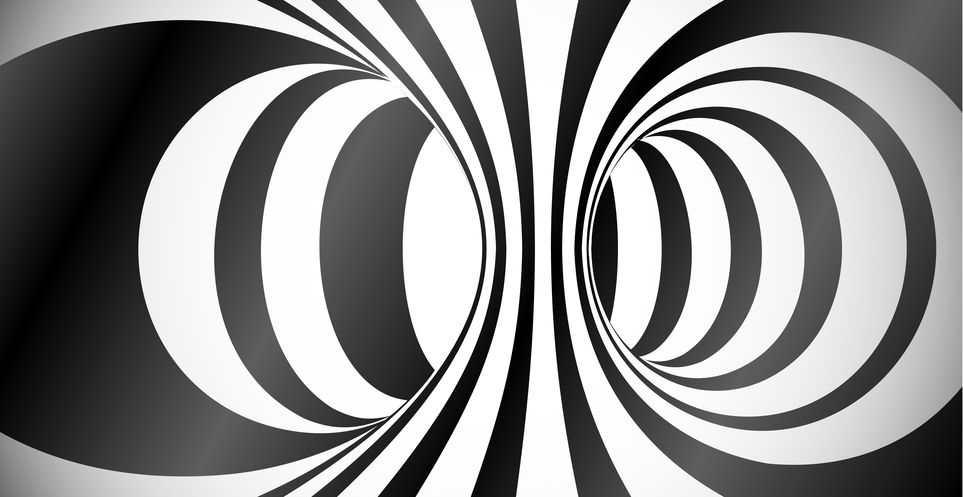 Now, imagine you are communicating what you hope to be a persuasive message.

You’re hoping for captivation. With captivation they are likely (but not certain) to say, “yes.”

If they respond affirmatively in an almost instantaneous reaction mode, you did done do good. They go home with a brand new whatever it was you were attempting to suggest.

If not, you are dealing with an expert or someone who is not typically driven to impulse by their lack of advanced knowledge. If you got the expert or the non-driven individual, “no,” or something in that ball park is what you hear..

And that is just fine.

Everything in this article today applies to general potent influence but the examples I use are from sales and marketing.

By the way the simple black and white image above gains attention for a similar amount of time as the girl in the image above it, but I suspect the QUALITY of the attention is processed differently by the brain and has a different level of arousal. That said, we haven’t tested for that yet….but we will.

How does beauty resonate with other aspects of captivation…because it isn’t everything, simply instructive, watch…

Pages: Page 1 Page 2 Page 3 Page 4 Page 5
Previous: 10 Negotiation Tactics & Conflict Management Tech Determine Who Will Lose, Who Will Win
Next: Take Back Control of Your Life…It’s Spinning Out of Control