Who Are You? Finding Yourself: Part One 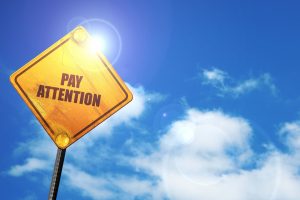 Pay attention to your behavior in any given situation and you learn “who you are.” And of course, even that is suspect because we don’t see ourselves anywhere as clearly as we see others. Research reveals that we are better judges of others future behavior than we are our own. We tend to see ourselves in a much better light than we see others and that light creates a halo effect that most of us believe about ourselves. We tend to see others more accurately.

Real estate agents observe the lack of sense of self knowledge in others every day. They listen while their clients describe the exact house they want and then show them several houses which their clients love and one which they eventually buy that has little in common with what the individual detailed just hours or days before!

And when we do see ourselves behave in some fashion, we often have no idea why we did what we did. A research project had women approach men on a somewhat dangerous footbridge and start a conversation. The same women later approached men seated on a bench away from the footbridge. 65% of the men who were approached on the footbridge asked for a date. 30% of those on the bench asked for a date. Arousal was attributed incorrectly to the woman on the bridge, instead of the actual anxiety provoking feelings that the person felt on the bridge.

Unfortunately, we don’t have the ability to access the reasons we do these kinds of things, and observation only helps to some degree. Our need to find a reason for behavior, any reason, helps us make sense of our world and make us happy, even if it isn’t accurate. 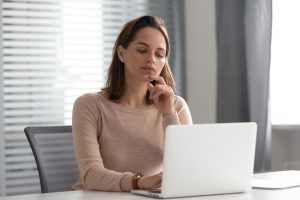 And, what about those faced with difficult decisions in life? Beginning or ending a relationship? Buying a business or not?

The research is compelling. After initially analyzing the problem once, the individual stands a far better opportunity of having made a good determination than the other individual who ponders for days, weeks, or months. This is true even when people write out their reasons for their decisions on paper or on computer. In comparison studies, individuals seem to make better decisions when gathering enough information, thinking about it then deciding vs. writing all the reasons for and against an idea. (Ben Franklin is rolling over in his grave…and I’m sure I will too!)

It appears that going out into the future, and speculating on what events and experiences might take place is the best option for creating the changes necessary when conflicted. To be sure, we can’t accurately predict how we will feel in the future. This has been shown in volumes of studies. However, we can gain foresight by specifically seeing ourselves in future situations and determine what course(s) of action will ensure the success of those determined course(s).

For years it was thought that journaling was a grand way to determine insight and learn about ourselves. And this is true, as long as we do not journal after particularly negative or traumatic experiences which will later taint the story of our life into being something it was/is not. Instead, it’s best to journal on a consistent basis and describe events and experiences with the realization that negative emotions happen daily in everyone, and that in itself is not necessarily a bad thing as long as action is taken on those states to improve the quality of life each and every day. 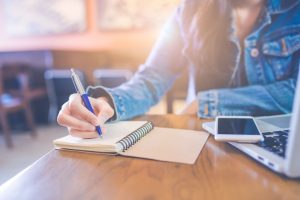 Numerous studies have shown that people who think about the negative emotions that have been recorded actually end up far worse than had they not reviewed the emotions of the past. Such is the nature of writing history then re-writing it without the benefit of all the other experiences that occured that day/week/month/year. Result: These people tend to predict a more negative future for themselves than those who do not ruminate.

Timothy Wilson, Ph.D., says it this way: “Unhappiness and ruminating about your unhappiness is a bad combination that leads to more depression.”

In the final analysis, the road to changing the self is about creating behavioral change first which will almost always lead to attitudinal change and thus change feelings from sadness and depression to feelings of contentment… and perhaps even happiness.