“In this new study, we found for the first time neurophysiological evidence for prospect theory, the most important behavioral model of decision-making to emerge in the past 50 years, whose components include the asymmetry between how losses and gains are valued,” Fox said.

Sabrina Tom, a UCLA research assistant in psychology and lead author of the study, said the people who have the most deactivation in the reward pathways were also the most loss-averse.

A woman in a bad marriage, Tom said, is not likely to leave unless she has prospects that are much better than what she has.

“She’s probably not going to leave for something that’s only moderately better,” Tom said. “She needs to know it’s going to be a lot better before giving up what she already has.” 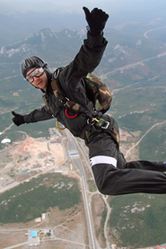 The biggest risk-takers, who are willing to accept very risky gambles, have brains that respond less as the stakes increase, Poldrack said.

Poldrack and Fox said they are both comfortable with risk in their lives, declining, for example, to buy insurance when they rent cars and declining to buy extended warranties for products.

Of Special Note: When Fox was an undergraduate at the University of California, Berkeley, his faculty mentor was Daniel Kahneman, who later won the 2002 Nobel Memorial Prize in Economic Sciences.

The research is federally funded by the National Science Foundation’s Human and Social Dynamics program.

Note: This article has been adapted by Kevin Hogan from a news release issued by University Of California, Los Angeles.