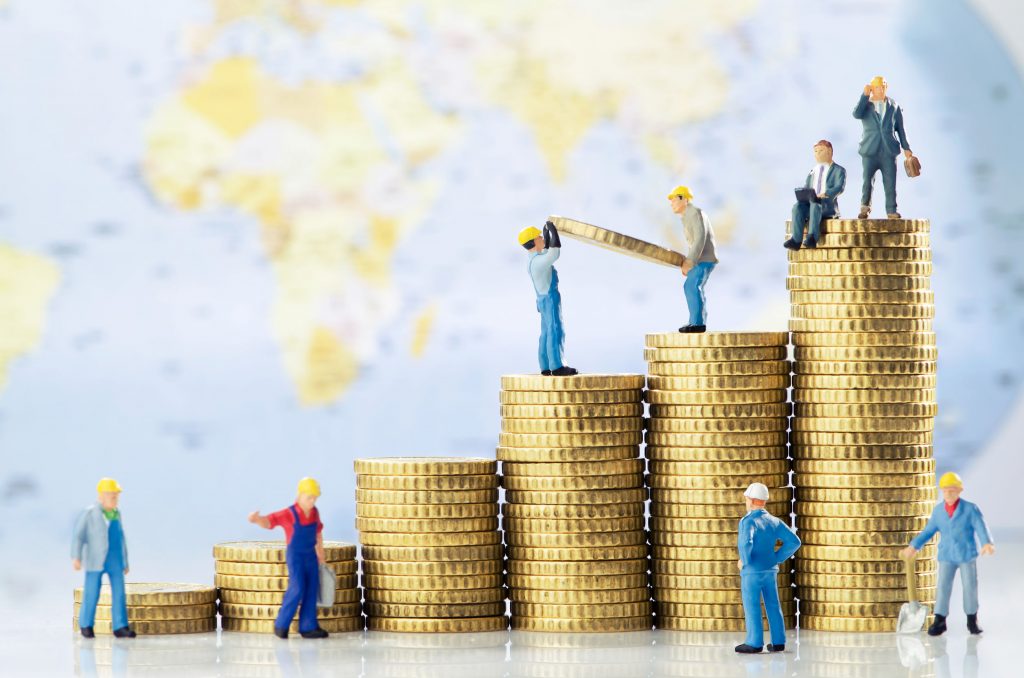 Don’t let anyone, anywhere, kid you about wealth.

There are plenty of bad guys out there who acquired their fortunes in the most horrific ways. Today is not about those people. Your day today is about the creation of wealth from efforts that make a real difference in your life and those of others.

I’m going to make some assumptions about you …

You didn’t inherit millions from a relative, and you are willing to do what it takes to provide your family or those you care about, even if it is simply you, with the foundation for building real wealth.

In this world, good people create wealth that is most often driven by excellent products, services and meaningful experiences.

This morning, before I got rolling on this article, I spent maybe 5 or 6 hours working on the house. It’s a big place and there is never a shortage of wealth preservation projects to complete.

One old but still useful definition of (temporary) Financial Freedom is having the ability to generate passive income that will pay your bills for some period of time into the future.

This concept is important, but it is also very easy to develop absolutely destructive beliefs about Financial Freedom and passive income.

I want to look at the third point first.

When you write a book or invest in a piece of real estate, for example, you set the table for the opportunity to gain some level of “passive income.” Obviously, you have to work hard to find a good piece of real estate and work harder to find the right person to live there that would allow you to break even while the property (hopefully) appreciates. If you’re good and lucky, the property might have a positive cash flow and appreciate!

I don’t like to hope for luck to come because it’s just as likely to be bad as good.

The problem with solely focusing on the old notion of “Financial Freedom” is that nothing just goes up forever. In the U.S. the real estate bubble burst 8 years ago. That means there are still lots and lots of people who have a house that they are waiting to “break even” on, whether their own home or an investment property.

Wealthy people PLAN for that result.

In other words, people BECOME WEALTHY because they assume that problems are going to happen. They KNOW bubbles all burst and never rely on something go up in value.

When you write a book, if you are both a little lucky and a lot good, the book will sell some copies and you’ll receive royalties.

As in the case of real estate, it is also true for an author. Books have a life cycle. They sell and then they don’t. This is true for all kinds of passive income.

If you bought oil rights in an oil producing well two years ago, you were pretty happy to be seeing a consistent profit. This year you are not quite so happy because at the moment you would be dramatically under water … or oil. The dropping of the price of oil is a boon to consumers, but it’s devastating to 100,000 people that lost their energy related jobs in the last year.

Meanwhile those wells are now still producing, but the price per barrel is horribly small. People tend to buy when they are excited and the news is good, like it was a year ago. Then they go through what they are going through now and it could easily be years before oil has doubled again in price.

The point, of course, is that when you buy some THING and THINK it will go up in value, there is just as much reason to believe it will go DOWN in value. Wealthy people plan for BOTH results and protect themselves on the downside.

If you don’t, you won’t create wealth but a disaster.

Passive income requires great effort and creative input at the beginning to set wheels in motion that might or might not gain traction in the real world.

The notion of always paying the bills with passive income is a bit naive, but the concept of Financial Freedom is an important element in the creation of wealth. You want to have elements of your financial world on autopilot so you do receive income on projects you have minimum effort in maintaining.

It’s very important to keep in mind that it is only ONE small element. Because luck (good or bad) can play a significant role for a significant amount of time, you need to not use the concept of Financial Freedom as THE wealth creation tool. It is one SMALL tool in a tool chest.

Who can be wealthy? Turn the page…