Your Greatest Pain? “Yes,” and then They Say “No” and Choose to “Go with Someone Else”

A number of bad things can happen after they say “yes.” 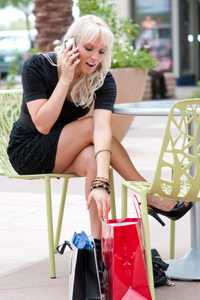 The First Reason Given is “Regret”

Everyone knows about regret. We’ve talked about it 10 times in the last decade here at KevinHogan.com.

“Geez I shouldn’t have bought the jewelry. I could have used that money for school or have given it to the kids as a gift. I’ll take it back in the morning.”

The husband thinks she is absolutely nuts. In fact, he KNOWS she is. There’s no way they can afford jewelry when the kids don’t even have clothes that fit for school!

The problem, of course, is that the wife didn’t actually buy the jewelry. It was her body, her signature, her mouth – from which the words, “I’ll take it!” were heard … but it really was a “part” of her nonconscious self that said, “yes.” That part of her could have had any set of motives for buying the jewelry.

Perhaps it was a part of her that decided that she deserved the jewelry and this was her way of showing appreciation to her Self.

All of these are partial and likely scenarios.

This is why most people need guards … sentries … to protect themselves … from themselves.

But, she got home and a different part of her, perhaps the Mother or Wife part kicked into drive realizing that this was indeed foolish and she instantly regretted the purchase as soon as she WALKED IN THE DOOR.

That’s usually all it takes to trigger a different part to the control panel in the nonconscious brain.

The part that bought the jewelry … feels no different than 3 hours ago when the woman was at the counter. This part would do it all again. Nothing has changed.

But, regret is now the experience.

In order to preclude regret in advance one needs to gain confirmation from many parts of the nonconscious. It requires a simple but carefully honed strategy.

But this isn’t the only thing that can “go wrong” for you when you have asked someone else to make a decision. 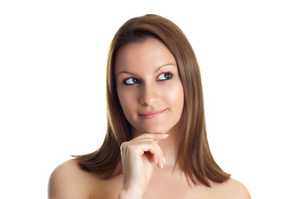 Here you presented options to someone and after they chose “A” they now have decided that “B” is better. “B” could be something you have, or who you are. “B” could also be the other guy, the other product.

You have almost complete control over precluding this problem.

Today we understand the psychological principle of Option Attachment more thoroughly than ever in history. And this mysterious experience that all of your clients and customers feel … is something that you can take charge of.

Option attachment is the phenomenon where the DECLINED CHOICE grows MORE DESIRABLE after you have chosen something else.

Imagine you’ve put a great detail of thought, careful comparison and tons of homework into a big decision.

You finally decide to choose X instead of Y. You experience relief. But then something happens that might change the course of your future with your decision.

You signed the purchase agreement on the house. As soon as you put the offer down on the new house, two things happen simultaneously in your brain. You begin to have competing thoughts about your agreement.

The first results in the behavior of justification. Over and over you prove to yourself all the reasons for picking this house above all others was the right choice.

The second line of thinking you experience is a paradoxical response. It nags you. You instantly question your sanity about your decision.

What’s interesting is that you are not likely to actually tell anyone about these feelings. They will think you are nuts if you have just bought an expensive house and then 8 hours later you’re wondering if you aren’t just crazy for making the decision.

What you don’t know is that everyone is just like you when it comes to complex or difficult decisions where you have pitted A against B or X against Y. You carefully analyzed, contrasted, compared, made your decision and then you feel this!

Unfortunately, the nagging after-thoughts typically don’t go away. In some cases it will stay for years or the rest of of your life! Today you find out how (and why) these things will dramatically reduce your income, screw up your relationships and cause you to experience all kinds of problems if you continue as you have.

When influencing others, you need to know how to stop others from feeling remorse, regret and this bizarre thing called Option Attachment.

Your goal? Keep the relationship, make a customer or client evangelical, and cause people to be ecstatic that they have said “yes” to you. 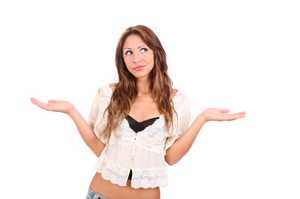 She has a choice between two good options. This is what Option Attachment is all about. Things aren’t always as easy as competing against an obviously poor choice.

The girl has a couple of guys very interested and she’s ready to commit to someone. She’s been on the fence long enough.

Guy #1 is attractive. Quiet. Not that sharp. Not an idiot. Goes hunting and fishing whenever he can. Plays pool out of season. Knows a lot of people especially from the bar and hunting. Average income. Doesn’t spend a lot of time at the house. Survives the job.

She thinks if she “picks” him, she’ll have time for herself, time with her girlfriends, and probably only an occasional party at the house with all of his friends over. Not a bad deal. And the freedom will be nice. Perhaps ideal. The lack of income will be a drawback but so what. It’s not like he hates his job.

Guy #2 is also attractive. Sharp as a tack. Doesn’t go play with boys. He has a few close friends that come over to the house fairly regularly. He likes to be at home. Has a high income. Likes his work.

She thinks that means he’ll be home with her a lot. They’d spend lots of time together. They’d have lots of time to get to know each other. There would be plenty of time for playing, talking, and so on. Nice not have to worry about money. Just able to have no major stress is very good and he actually likes his work.

What does she do? And what happens to her FEELINGS about her decision and the good guy she leaves behind?

She ponders the dilemma every day for weeks. Months. No matter who she chooses, one thing is certain, although she is currently oblivious to this fact: As soon as she chooses, the OTHER guy will appear to be a MUCH better choice than he appeared just days ago!

She’s made her decision. Does she feel good about it? 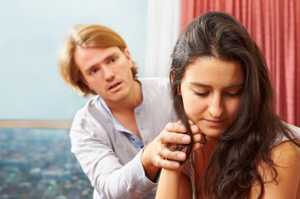 The opposite is the case. She’s torn inside. She thought she’d feel relieved. Externally, her behavior may be the same. The projection of certainty about the decision that has been made. Internally, it’s an entirely different story.

And this is what happens with your customers when they think about your product or service.

You’ve never been shown this information by anyone anywhere in the world of psychology, marketing or sales. So I will.

Of course, you’ll want to observe carefully to learn how to overcome it!

She has FINALLY made a choice, and now she feels that the guy she turned away was actually BETTER than she ever thought.

Option Attachment has set in.

Think about this sentence: Your customer who thinks too long will feel that CHOOSING IS LOSING!

Not a good thing.

This Post Choice Option Attachment is NOT the same as buyer’s remorse OR even regret. (I’ll come back to this later.)

No matter WHAT the outcome of the choice, the woman (even if her guy is nice, treats her well, she likes him and vice versa … and so on) the OTHER guy looks better than he did immediately before making the choice.

This is true in buying cars, making investments and just about everything else in life. The reduction of choices that were experienced is the same as losing freedom.

And you can imagine the trouble that can come …

The woman has, for months, thought and thought about her decision. And this is indeed one of the core elements of the problem. The more someone has possessed something in their mind (imagination) or in real life (an actual external physical experience) the more they will be feel disappointed when they realize they have let that other option go.

The woman is now imagining the guy she dumped as far more attractive than she ever thought! Her emotional response, her feelings inside, are proving to her that she may have made a mistake!

And just what is this feeling she feels?

She feels loss because she possessed both internally for a great deal of time. Think of the feeling you get when someone you love dies or a pet dies. It’s in that arena.

Research studies show that it doesn’t make that much difference as to whether our woman friend has imagined these two relationships in detail or experienced them both. When she chooses Guy #1, Guy #2 becomes more valuable in her mind.

It makes no difference whether any of this is logical or not. Obviously (?) she isn’t going to end up with both guys. And remember, the guy she chose turns out to be a good choice!

But it doesn’t matter. The other guy still looks much better than he ever did because she owned him in her mind and maybe in reality for MONTHS.

Now she has lost him because of her decision.

Her feelings today reveal that her other guy option was better than she had thought. And it’s “proven” by her feelings.

The other factor in the potency of the disappointment and feeling of loss?

The degree to which she was attached to the other guy in her mind in the deliberation stage of her decision.

The scenario above is one that makes it easy to understand the concept of Option Attachment and sheds great light on some facts that you must know to retain customers and make decisions easier for your prospective customers.

What follows are some ways you become in-charge of their Option Attachment.

To fix this problem: 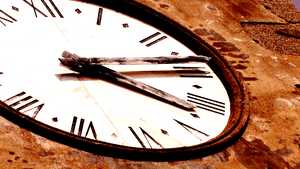 And it is that great Attachment that must be avoided if you are suggesting apples and someone else is suggesting oranges!