Women Beware: Anger Won’t Get You Elected or a Job

Angry women lose big at what?

When it comes to how they are perceived by the rest of the world.

It’s just one of hundreds of perception differences there are about men and women. In this case the perception of angry women is dramatic because both genders perceive the same things when perceiving a woman they feel to be angry.

I watched the Democratic Presidential Hopeful Debate last night. I was simply curious as to who would be able to beat Trump in an election. I found that even I still find differences between men and women candidates in their expression of ideas.

It was fascinating to watch Kamala Harris, a passionate young woman, express her anger and frustration towards other political candidates, and analyze the body language that, had she been a man, would have been perceived in  a more positive light than what I observed. In contrast to Harris, U.S. representative Tulsi Gabbard was a prime example of how women need to frame themselves to be elected president in today’s world. Even at her most passionate, she exemplified the specific kind of woman that must be the representative of the democratic party if the democrats want the White House back in 2020.  Her tone of voice was even throughout almost all of her responses to questions, she dealt with criticism without flinching.

And sure enough, no one has coached most of these people to be PERCEIVED as competent. Research study after study shows that women who express anger are cast in a negative light. Men who express anger are perceived as being more passionate. Angry women do NOT sway observers opinions in their favor – the favor of their point of view. But angry men do. The difference is significant and was reported at Arizona State recently.

When my role is consultant, I have to tell these women, quite literally almost all of them, with one exception in the debate: “Don’t think about what is fair to you or women in general. GET ELECTED.” 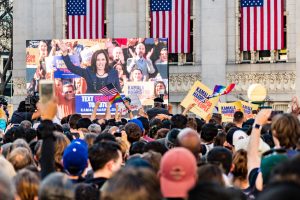 A Harvard Kennedy School research project found that in the professional job interview selection process, the results were very similar.

Women who expressed anger in a professional context were accorded lower status, lower wages, and less competence, while the opposite remained true for men.

This study demonstrated that women are subject to negative backlash for expressing anger in professional settings, even while men are accorded higher status for the same emotional displays.  Moreover, the loss in status and perceived competence in women is a result of others attributing their anger to personal characteristics, rather than legitimate external situations. When an external cause is provided, the effect is mitigated.

There are the biological (genetic) differences that influence the behavior of men and women. Those differences fascinate.

There are the culturally influenced differences, and those fascinate as well.

Also, there are perceived differences like how people feel about women losing their temper vs men flipping out. 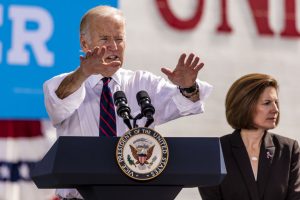 (That’s an intentional “MEN flipping out” for political correctness. If you pop that “flipping out” next to WOMEN you get streams of e-mail indicating insensitivity. I put it next to men, I get no e-mail from the guys because they know that they flip out. There will be fewer differences in negative perception of behavior when it’s ok to write “women flipping out” but that will be awhile, so I’ll stick with “men flipping out.”)

Gender perpetuating behavior is a perceived difference, and furthermore is an area of great fascination.

More than a decade ago here in Minneapolis, there were dozens of media release stories about how Christians tell their children not to go see Marilyn Manson (he was in concert here), and of course the stadium was packed because of the media telling about how evil MM is from the Christian perspective.

I loathe those days because people would rather air their opinion and suffer exactly what they don’t want vs. shutting up and letting the stadium stay empty. If that sounds like the result of politics in the U.S. in 2019… well, you nailed it.

You can’t get people to shut up…ah, well. The result of 2020 will be the same as 2016. People find fascinating value in griping, whining, and complaining instead of strategically changing the future.

Here is the final conclusion of a critical study, which reveals a frightening fact about how people (both men and women) perceive men.

For both men and women, the research is crystal clear as to what you need to do if you are to thrive in the biz world.

Studies suggest women, but not men, lose status in the workplace when they get angry. 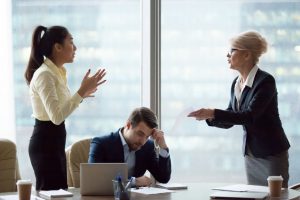 Whether you are running for president or looking for a clerical job, you cannot afford to get angry if you are a woman, Yale psychologist Victoria Brescoll has found.

Victoria Brescoll and Eric Uhlmann at Northwestern University recently completed three separate studies to explore a phenomenon that may be all-too-familiar to women like New York Senator Hillary Clinton:

People accept and even reward men who get angry, but view women who lose their temper as less competent.

The studies published in the March 2008 issue of Psychological Science provide women with recommendations for navigating emotional hazards in and of the workplace.

Brescoll says it pays to stay emotionally neutral, and, if you cannot do so, at least explain what angered you in the first place.

Does Being Seen as “Angry” Hurt Women?

Clinton’s presidential campaigns put a spotlight on the question of whether anger hurt a female candidate and her chances of wining or not. The answer, according to the studies, appears to be an unequivocal yes – unless the anger deals with treatment of a family member.

“An angry woman loses status, no matter what her position,” says Brescoll, who worked in Clinton’s office as a Congressional Fellow while she was preparing her doctoral thesis on gender bias. She noticed over the years that women pay a clear price for showing anger and men don’t.

Both the men and women reached the same conclusions: Angry men deserved more status, a higher salary, and were expected to be better at the job than angry women. 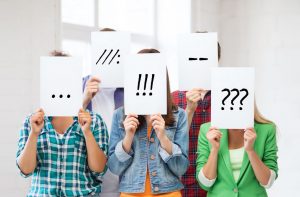 When those actor-applicants expressed sadness, however, the bias was less evident, and women applicants were ranked equally to men in status and competence, but not in salary.

Brescoll and Uhlmann then compared angry job applicants to ones who did not display any emotion. This time, the researchers showed study participants videos of both men and women applying for lower-status jobs. The findings were duplicated: Angry men were valued higher than angry women, no matter what level position they were applying for. Although this was the case, the disparities disappeared when men and women who were emotionally neutral were ranked.

Can Anger Be Explained Away?

A final study showed another way bias against female anger could be mitigated. When women actors explained why they were angry, observers tended to cut them more slack. However, Brescoll noted a final gender difference: Men could actually be hurt when they explain why they were angry, says the Yale psychologist, perhaps because observers tend to see this as a sign of weakness.

However, Brescoll noted a final gender difference: Men could actually be hurt when they explain why they were angry, says the Yale psychologist, perhaps because observers tend to see this as a sign of weakness.

– adapted from a Press Release from Yale University, By Bill Hathaway

I’ve identified 12 of the life patterns which cause us to trip up – and make the same mistakes again and again. To discover which of the 12 patterns you have been the victim of and how to eliminate self-sabotage in your life (or those of your clients) you can pick up the CD program and workbook, LIFESTORMS: The Paradox of Overcoming Self Sabotage to Achieve Love, Power, Money and Happiness.

Lifestorms: 12 Obstacles to Achievement: The Paradox of Overcoming Self Sabotage to Achieve Love, Power, Money and Happiness.

3 CDs in this program – and it comes with a BIG WORKBOOK! And now, get a free Lifestorms DVD presentation with your order!

Discover why life often brings you exactly what you don’t want…and how self sabotage can hide around every corner. Some people have guessed at the bizarre nature of self sabotage. Guess no more. Self sabotage is very real in everyone’s life. It is completely devastating and 100% resolvable!

Now you can discover your own life patterns so you can eliminate unconscious self sabotage immediately. This program will break the heavy chains that hold you from your dreams and your goals.

This program is the first program ever made public that shows you how to identify specific self sabotaging behaviors and negative life patterns. Better? You can ultimately erase those life patterns and rewrite new “schemas” into your brain that will allow you to meet your goals and experience fulfilling relationships.

Here is what you will learn:

No one anywhere has ever put such a program on CD. There is not one person anywhere who can’t utilize every minute of this insightful information. These three CD’s are packed with the most powerful tools for getting past life’s roadblocks and personal sabotage ever imagined. Anyone can utilize this information and I personally guarantee that if you follow the instructions you will not experience self sabotaging behavior anymore. Your goals become reality at speeds faster than you ever imagined.

Learn More About Lifestorms or to order