Robert Palmer died September 26, 2003. He was in his 50’s. Great voice, star of the sexiest video of his heyday. (Remember the girls with slicked back hair playing the guitars….) When you go back in your memory and sing the song, “The lights are on, but you’re not home, your mind is not your own. Your heart beats, your body sweats…” Addiction. He had it down, and 20 years later the research comes in and shows that Palmer’s pop song was actually scientifically prophetic…sometimes! 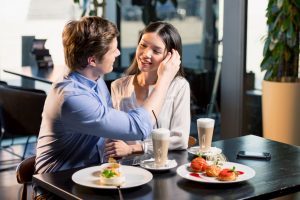 This article is actually two articles combined. The first half deals with addiction in single partner relationships and it’s likely connection with the addiction gene(s). The second half is all about how those genes can turn OFF. Scientists never believed this to be possible, but now (and this is big BIG stuff) it appears the brain doesn’t necessarily have to permanently change in addiction (love, nicotine, heroin or anything else). It appears there is hope for addicts of all kinds.

But first, let’s look at addiction as an explanation for “love.”

The reward mechanism involved in addiction appears to regulate lifelong social or pair bonds between monogamous mating animals, according to a Center for Behavioral Neuroscience (CBN) study of prairie voles published in the January 19 edition of the Journal of Comparative Neurology.

The finding could have implications for understanding the basis of romantic love and disorders of the ability to form social attachments, such as autism and schizophrenia. 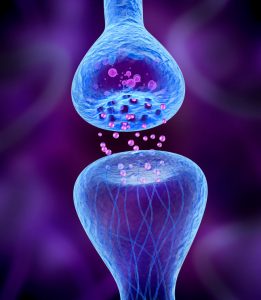 Using receptor audiographic techniques, the scientists found that these receptors are confined to two of the brain’s reward centers, the nucleus accumbens and the ventral pallidum. V1aR receptors, which are thought to be activated in the male vole brain during pair bond formation, were confined largely to the ventral pallidum. OTR receptors, which play a crucial role in pair bond formation in females, were found mainly in the nucleus accumbens.

The V1aR and OTR receptors did not overlap between the two brain regions, and were equally distributed in the brains of male and female voles. According to Dr. Young, the findings, coupled with the close proximity of the nucleus accumbens and ventral pallidum– two regions with heavily interconnected structures–suggest that a common neural circuit in male and female voles regulates pair bond formation.

Past studies have found the dopamine system of the nucleus accumbens produces the rewarding and sometimes addictive effects of sex, food and drugs of abuse. Dr. Young believes the same reward pathways are likely stimulated during and following pair bond formation.

“Although the process of pair bond formation results from the activity of two different neurochemicals in separate regions of the ventral forebrain in male and female vole brains,” said Young, “the OTR and V1aR systems appear to activate two separate nodes of the same reward pathway to form and reinforce pair bonds.”

In another finding, the CBN researchers determined that OTR and V1aR are closely located near the nerve fibers that release oxytocin and vasopressin. Lim speculated that their proximity likely facilitates pair bond formation during mating.

The discovery of a molecular “addiction switch” in the mammalian brain has the potential to control the addiction process in drug addicts, say University of Toronto researchers. 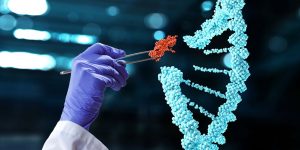 A study published Jan. 18 in the online edition of Nature Neuroscience finds that a region of the brain called the VTA contains receptors that, when exposed to a certain enzyme, can control the switch from an addicted to non-addicted state and back again. This goes against previous ideas that viewed drug addiction as a permanent change in the brain, says lead author Steven Laviolette who conducted the research while a PhD student at U of T’s Department of Anatomy and Cell Biology with senior author Professor Derek van der Kooy.

“Our findings suggest that instead of a permanent alteration in the brain, there’s actually a switch that goes on between two separate systems (one that mediates the brain’s response to drugs while not yet addicted and the other that mediates response once addicted),” says Laviolette. “They also suggest we may be able to manipulate that switch pharmacologically to take drug addicts back to a non-addicted state in a relatively short period of time so they do not crave the drug.”

The switch is a brain receptor known as GABA-A; an enzyme – carbonic anhydrase – produced by the body, controls how the receptor behaves. In studies with rats, the researchers were able to manipulate the enzyme with a drug to control whether it turned this switch on or off. Without such intervention, the brain can switch back to a non-addicted state following a period of withdrawal from drugs – a process often measured in weeks. By using pharmacologic manipulation on the enzyme, however, that return to a non-addicted state in rats has been reduced to a matter of hours, says Laviolette, now a post-doctoral fellow at the University of Pittsburgh.

“The same anatomical pathways that we’re manipulating in rats also exist in humans so we hope that this will be applicable to human drug addiction as well,” he says.

CD 7 – This is neuroscience and research that reveals how to rewire the brain. Some neuroscientists call it “sculpting.” It’s not something that happens instantly and it requires the use of both hemispheres which can be pretty tricky if you don’t know what you are doing.