Your Identity IS Your Passion
…and Causes Your Success

Passion: Driving forces that compel us to act.

Is your identity the same as your passion?

Not at all, but your passion comes forth from your identity like a geyser from the earth.

If you don’t know who you are, you will be devoid of passion. If you only partially connect with your future you will not manifest (forgive me) your obsession.

You can hear people describing their identity. Just listen.

I’m a Republican, I’m a Democrat.

We are very quick to give our identity to a larger collective. You and I need to belong. But there are often problems with belonging. This is when one has an identity crisis.

When that collective acts in ways that are inconsistent with other parts of who you are, you experience cognitive dissonance and have to make a decision.

You can often determine the strength of another person’s identity by how much or how another defends someone like themselves, when they have done something quite bad.

That subscription is an In-Group for the individual. The other side? The Out-Group.

You identify with and might even technically belong to a number of “In-Groups” and you might be repelled and disgusted with the “Out-Groups” on the other side.

Your identity is shaped by your tight as well as loose affiliations.

Three very different groups of people. All part of the church which is a Big We. That’s the In-Group when they look out at the world. But within the In-Group there are factions We/They as well. It’s very important to remember this!

This is true in all groups.

Those group identifications you “feel” or “experience” are very important to you. You are probably fairly passionate about

the various In-Groups you are affiliated with or resonate with.

Maybe you have a cool motorcycle and ride whenever you can. It’s very possible you identify with and connect with other people who ride motorcycles.

You might play role playing games online. But you play SPECIFIC games. You play XYZ and other people play ABC games.

Lots of In-Groups. Lots of Out-Groups.

Some matter a lot more than others.

Identity is what drives passion and then passion loops back into your identity.

If you have been wondering what you want to be when you reach 30 or 40 or 50 or 60 or 70 or 80 or 90….and just don’t know…if life is passing you by…understanding YOUR IDENTITY is most important. Passion and Identity “feed” each other.

Napoleon Hill called something like this factor “a burning desire.”

What most people miss is that there are far more passions WITHIN your identity than meet the eye. Most people have a number of passions. They have a number of people/places/groups/things they identify with. And they have even more groups by which they are polarized to.

We compete physically, intellectually, with force, etc. We compete with others and we compete with ourselves. Let’s look at competition and how it relates to and helps us understand and harness passion.

Passion and Your Genes

Those two things tell you much of what you need to know about the core of human behavior.

Almost everyone has a passion to survive and participate in acts of replication…so to speak. (Those who don’t take themselves and their future descendants out of the gene pool.)

Pause for a second.

First thing that comes to your mind:

Think of the word… passion.

What immediately comes to mind?

People spend a lot of time looking for themselves but there is nothing to find. You will enjoy some activities and experiences. Others? Not so much?

It’s not always predictable what you will like or dislike.

And the chances you are going to be passionate about something from Day 1 are almost ZERO.

Passion is not a thing. It’s intense emotion that is generated from good or great experiences (or equally intense horrible experiences).

It’s experienced in your home. It’s felt at the hockey game. It’s breathing at the stock exchange. There’s plenty on Capitol Hill. You see it all over the front of the newspaper this morning. Almost every headline.

Passion, of course, wires into the pleasure and/or fear centers in the brain. Passions stem from your core drivers. Whenever one’s identity is threatened, a fear reaction kicks in and can generate a fascinating set of responses.

If one man perceives another man as a threat, cortisol and adrenaline flow. The competitive (and sometimes deadly) nature of man kicks in. It becomes a focal point of consciousness. A point where nothing else matters. That’s raw passion. One example.

(Notice: I didn’t say whether he was a threat physically, at work for a job, or with your spouse, or intellectually…but your mind went where the fear IS in your brain. Fascinating huh?)

The fear can certainly be real or very much imagined, but the ensuing behavior is powerful and passionate. Failure to keep non-survival based fear under complete control keeps doctor’s offices and jails at capacity. It has also driven some of the greatest accomplishments in history…

There was a show on Broadway called The Book of Mormon or something like that. I’m sure it was very funny. I’ll never see it.

I have a special thread of connection with the church. My godparents were LDS (Mormon). So I’ve always been pretty open to the goodness of the LDS and I didn’t even want to read too much about what the play was about because I figured it would just tick me off.

I’m not Mormon. But some very important people in my life almost always have been. Having a little fun with everyone is one thing. Having too much fun deriding one person or group that does a lot of good is another.

It’s these very tiny threads that reveal significant parts of your identity.

And those threads, while not as strong as the natural, raw biological drives, certainly shape feelings, behaviors and beliefs.

A significant element of identity is the passion that is woven within the person’s identity. A big part of influencing and communicating effectively with people is first seeing, then UNDERSTANDING their threads of identity both big and small.

Understanding what drives you is absolutely necessary for communicating with your Self. People are passionate about their identity.

They simply do *not* typically think of it in that way, though.

I visited the Anne Frank House in Amsterdam 7 years ago. It was a profound experience. It reminded me of how Hitler utilized the bonds of identity to polarize people, to execute them en masse and to create cohesion in his own country by giving his people an identity model. In other words, “we” are OK. “We are normal/good/chosen.” Anyone who was a Jew or a Pole or whoever else wasn’t *like* your typical German, or was, in the way of creating a single world empire, those people were portrayed as threats. Their identity was different. They needed to be eliminated for the plan to work.

There are few people who are more passionate about their new identity than the former drug, cigarette or alcohol abuser.

Understanding the differences in how people think is understanding people’s identities and that helps you see who will share and support your passion, and who won’t.

It’s the “natural” passions that drive you to succeed or ultimately fail. You want to make sure you get this right.

Animals who see each other as different, prey on each other (or run from being prey). And of course, when animals are more similar, they tend to group up, form communities, cities and then wisely point the finger at everyone outside the community and say, “bad guy.” That is a big part of your identity.

The location where you live. You become passionate (emotion filled) about it because it is part of your identity.

You don’t like the crazy neighbor until there is a larger threat “out there.” Then your crazy neighbor becomes your ally because of proximity and similarity. 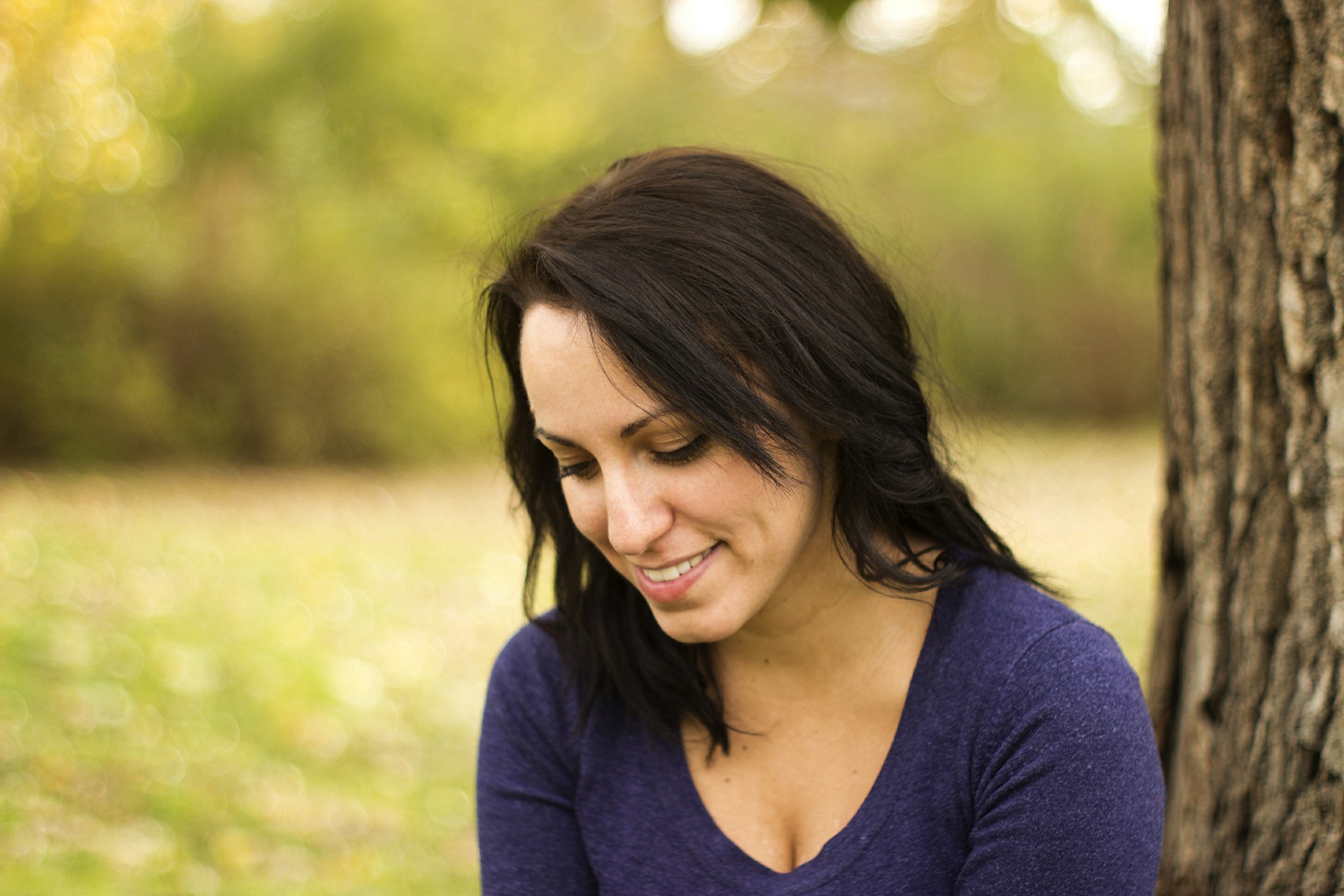 The places and people are part of your identity.

Your beliefs about religion, politics, society, how people should behave and what they should and shouldn’t do for each other are all part of your identity.

People have RULES. You have rules. They are rooted in identity. Rules can be helpful but they cause all kinds of problems in all kinds of relationships. The more rules a person has in life the more easily upset they can become.

Rules include things like, “finish your homework before going out to play.” If your child doesn’t obey, you get angry. Your rule was broken.

They also include things like, “You don’t watch TV or work on Sabbath.” When someone else who says they are part of your religion does so, you get angry whether you know them or not. They broke THE rules.

You are passionate about all of these things.

What’s fascinating? You became passionate about most of these things for reasons which you probably didn’t select or choose!

Here’s what you need to know about “success in life.”

You can’t be passionate about anything “new” if you try to find yourself. Fresh passion only comes from creation and acting/behaving in some new way.

This is why no one finds themselves doing the same things they did yesterday.

You have to actually DO something, or GO somewhere, EXPERIENCE something different to “find” (create) another aspect of “you.”

Why? Because there is nothing else that is there if you don’t make decisions to put “it” in there. And it’s THESE things that you will become passionate about.

It’s not sin to lack passion.

It’s missing a large part of life to not reinvent your Self and BECOME passionate about all kinds of things.

Fresh passion can be powerful. It develops within your new identity while you are creating. Building a house, writing a book, painting, making something that wasn’t before. A new business. A new hobby or sport. Even a new job that has things that you like to do.

Passion is often about being proud of your creation, defending that creation, seeing it as an improvement on other similar things to it “out there.”

You could experience this “new passion” about your children, your new book, your art, your new church, your new business, or anything that is new. It is here that the burning desire is lit. The flames are fanned when you have invested your self into the process of creation or growing or building and soon it becomes part of your identity. Then “it” is a “front page item” in your life.

Once lit, the burning desire will do just that. It burns. It burns hot. There is no self motivation affirmation that will make it grow hotter…or cool it down.

Passion comes from identity and identity, with rare exception, is generated in one of the four ways mentioned earlier.

For the person who aspires to some level of greatness or achievement, passion is what makes the car go….what makes the body move.

Passion has a real life, measurable, results focused end point. After the passion ignites you learn to channel it with Real Life Thinking.

Previous: Dealing with Argumentative People
Next: Overcoming Resistance and Reactance to Persuasion: The Research