For awhile we had 62 tactics in persuasion. Now we have 60 Laws and 400 tactics. When you write and ask what are the “best” or what are my “favorites” it’s almost impossible to answer because every Law and every tactic is superior for some context. Here are some of my favorites based on conversations with my Inner Circle members over the last five years.

You asked for a few quick tips and tactics that you can take and put into action today. Here they are: 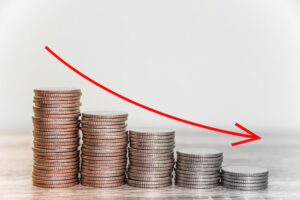 “Dr. Hogan, I understand you make X dollars per year.”

Now, which approach is going to work better for the vast majority of people you talk with?

If you said ‘B’, you’re right. We are much more afraid of losing what we already possess than getting anything of similar value.

Fear of loss is almost twice as powerful as desire for gain. Of course for about 1/3 of people the opposite is the case. Never forget the OTHER people because most people use persuasion techniques like they do medication. “It doesn’t work.” Well it DOES but it’s a PERCENTAGE. Everything in life falls from 1 – 99. If this tactic is most effective with 70% of people then 30% of the people slide the other way and that’s OK because you’ll pick up on that in conversation and adjust accordingly.

Sometimes people are simply wrong and they need to be corrected or something bad will happen to them.

Let’s get clear.  Someone believes something to be true and their belief is going to muck things up for them or their family or the business. 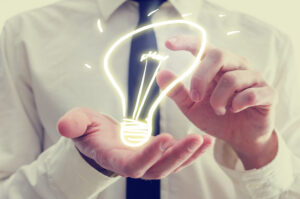 You have to get them to see the light but you can SHOW them the light and they STILL tell you that there IS NO LIGHT. But of course you KNOW it is there!

There are two reasons this happens:

No matter how wrong someone is about something…no matter how obviously they are shown to be incorrect, they will continue to look for information to support their original belief. Therefore don’t try and point out what won’t fit through their filter. It’s like taking a photo of your self with one of those filters that makes your face look like E.T. or other alien life forms. It’s a filter and it has the distorting effect every time and the results are consistently horrible. You MUST not try to get the other person to add one of YOUR filters to their currently chosen favorite alien creating filter.

So what DO you do? Instead, let them experience alternatives so they can dis-confirm their own beliefs.

Their hero is Donald Trump or Nancy Pelosi. Probably not both. So YOU saying something is not going to be 1/3 as powerful as you saying, “You know I have no idea why but Pelosi (Trump) thinks X and I am curious as to hear what YOU think about their take on this.”

Source is often THE FINAL ANSWER.  Absolute nonsense coming from the mouth of their hero is COMPELLINGLY PERSUASIVE. Be certain to research this BEFORE conversations and messaging of any kind.

Tactic 3: The Mistake of Asking The Wrong Question – Instead Let Them Create Criteria and Meet It…on the Spot…in the Moment 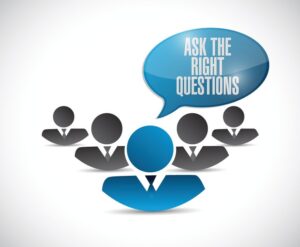 (They give you reasons only because you asked. They had none, but now they will justify and create criteria on the spot!)

People don’t know why they buy…

UNLESS you are eliciting a NEW CRITERIA for their decision and can somehow utilize that strategy to trigger a similar needed purchase/decision.

Unless you have a well planned strategy, don’t ask why they buy. The simply don’t know.

“I bought it because it gets good gas mileage and it is safe.”

“Ah, I see and you would buy most things because of economy and safety?”

“So when buying this home you’d want the same, yes?”

And of course they just bought again.  You could call it “closing a sale” but it really is simply that you asked them to create criteria out of thin air. Criteria that did NOT EXIST 10 minutes ago. And you simply asked if that’s how they would decide on THIS item/decision.

When you have people put something in writing it’s all but accepted as gospel. THEY WROTE IT, it MUST be correct. 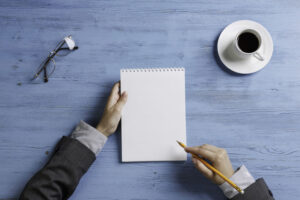 So have people write things down. It’s not only a dramatically brilliant teaching tool causing retention and behavioral change, but it’s compelling persuasion that’s VERY DIFFICULT to take apart for another human being!

Tactic 5: People Can’t See the Future So Get Them to Commit to It Now and Just Maybe Pay Later.

BUT, most people can’t see the future. It’s not just foggy it’s fogged in. A blizzard. Blinding. So don’t ask people to think about being smart for tomorrow. Instead make tomorrow about the commitment and today about something they will experience here and now.

The future is impossible to imagine for most people. Therefore get them to set the date WAAAYYY out there. But get the agreement today. Payment can happen later. Get the agreement now for the later date project. People don’t care if they agree, they are only uncomfortable with the money.

What if you are influencing your spouse or your kids? 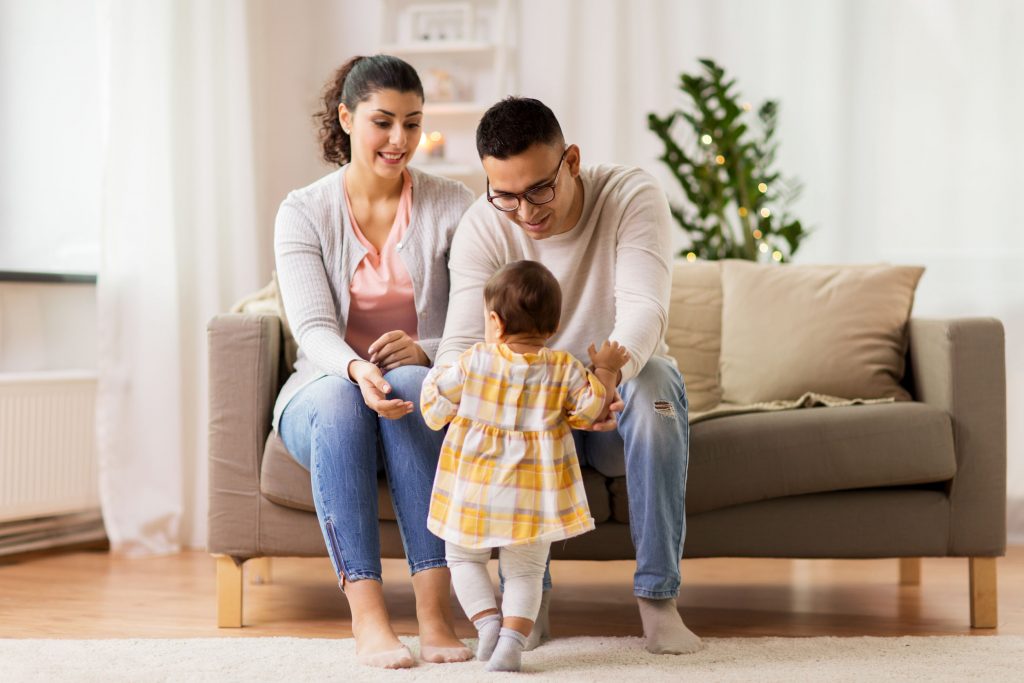 “Look today we go to the park and play but you put on the calendar that you’ll work on your science project every afternoon for two hours for the next week until we have it mastered. Deal?”

Tactic 6: Law of Inconsistency: The 15th Law of Persuasion

The person who just lost 10 pounds is quite likely to celebrate with a milk shake (or something similar).

The person who makes a donation is likely to splurge on themselves.

The person opening their Retirement Account is more likely to buy the New Car.

The Passive Goal Guidance System in the brain makes sure that you will switch off goals as soon as SOME TINY progress has been made.  That means you have to have a next step function that the brain doesn’t “feel” is part of the original goal so the person is more likely to follow through.

You don’t want to scrape all the windows and then prime and then paint the. The Passive Goal Guidance System will freak out and send you straight to the cookie jar or bed. 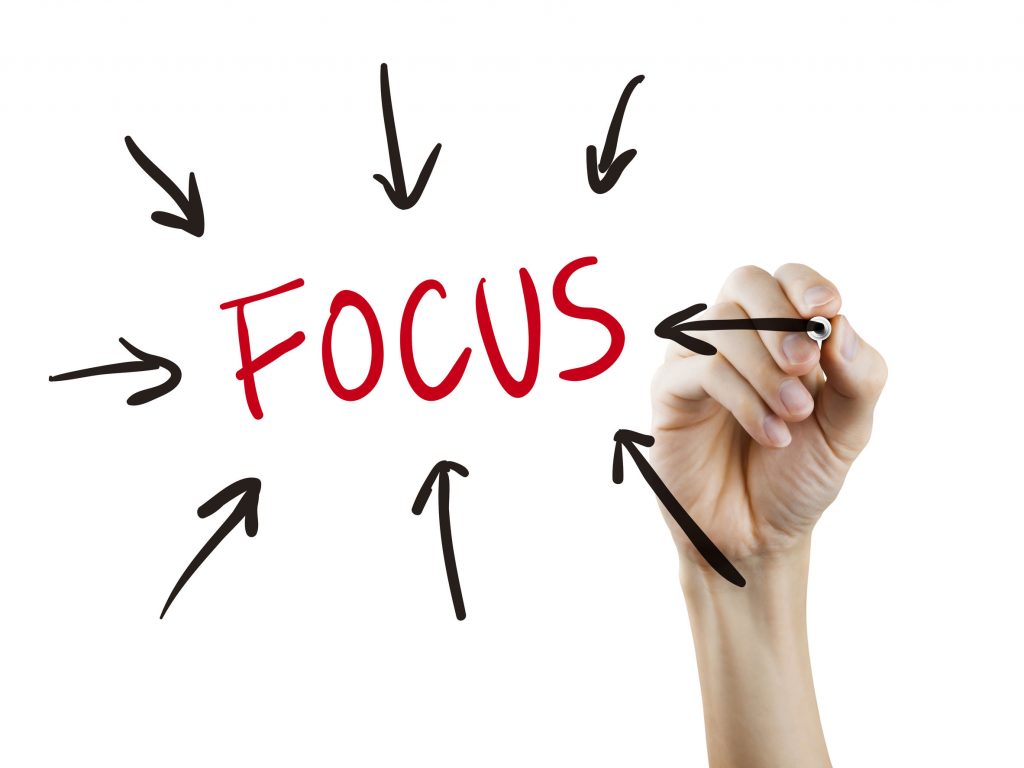 Makes it easy to differentiate you from the competition.

“There’s a million reasons to do or not do something but the reason you learn to swim is so you will be healthier because what is more important than your health?”

“There’s a million reasons to do or not do something but the reason you learn to swim is so you will be able to TAKE CARE OF YOUR KIDS in case anything ever goes wrong with the one thing you suck at.”

See it doesn’t matter what ONE “reason” or “benefit” you attend to. You want a “meme” for one here.

People think in single unit terms more than they ever have in history.

Take advantage of this fact and use SINGLE UNIT triggers when possible.

Did you know there are 52 MORE persuasion tactics LIKE THESE that you need to be aware of? What would you be capable of if you knew all 59 persuasion and influence techniques in Sophisticated Persuasion? Well, guess what? We’ve put them all together for you in Sophisticate Persuasion… Check it out below…

“What Does it Mean to Own the Room?…

…Very Few Have Ever Experienced it…

Now You’ll Find Out How…”

This program answers the questions you want to know! How can you immediately become a better influencer, salesperson, manager or negotiator?

It took 19 months to put this set together because the research was so in-depth and it was crucial to make sure it was right.  I wanted to give you the answer to “There are so many techniques which should I use?”

I never had the answer to this question…but now I do. The studies have been done. A number of the laws of persuasion have been tested and we actually can compare which do best in certain circumstances!

Which of the 10 Laws of Persuasion is the most effective?

Which is more effective with women…?

Which is more effective with men?

Then, based on detailed research, you’ll find out which are the second and third AND fourth most powerful approaches for influencing both men and women…in order of effectiveness.

Want more in this Tour de Force for the field of Influence?

It begins with what seems to be such a simple element of communication.

It’s the area where almost everyone I meet is weakest.

I’ve written about story. I’ve talked about story. And here you get the foundation of captivating one…or many. You’ll learn the power of peripheral influence with story.

It’s not important…it’s a factual determining factor of your lifestyle going forward.

In 2019 the biggest problem facing anyone in any market is being seen.

Billions of minutes of video at YouTube. How could you expect

to even get a single view?!

You’ll find out in this program.

It’s extremely important to be able to be seen as unique from a distance. You’ll find out how that is going to work as well.

Your ability to influence in part is about you. The person.

There are 8 useful techniques I use to construct persuasive messages. You’ll find disc 5 and 6 packed with them.

Pleasure is introduced on the 7th disc. This is simply your introduction to an extremely broad area of subtle influence.

Almost no one knows how to use pleasure as a motivator.

It’s here…and then just when you thought you had it all….

[Notice carefully the change of font right here…find out why…]

The Valences of Persuasion

The research says there are 8 “valences” of persuasion.

I’ve never talked about this with you before. (Of course, I didn’t have all of this until I had completed all the research…)

Personas are the valences people “use” when influencing. They include characteristics, attitudes and valence of influencer.

Some influencers are passive. Others are client-centered. Still others? Solution focused and so on. There are 8 clear cut defined types of influential valences.

Here’s what you are going to learn, just about valences:

In other words, you are going to learn what SPECIFIC characteristics can CAUSE you to sell 53% more(actual study result, not a claim) of your product than ANY OTHER set of characteristics.

You’ll find out all of this and a whole bunch more!

No opinions, guesses, theories, or maybes.

THE answers are definitive and they are here.

The content herein is second to nothing I’ve ever done before and I have no idea how it can ever be “beaten” as for the “wow” value factor. If you are in the field of selling or own your own small business, I don’t want to put a percentage of sales increase out there for you.

If you manage people I don’t want to guesstimate at your increased level of authority and respect. (I don’t have a study for that stat!)

Let’s just say that I feel REALLY good about it.

I’ve never had as many final solutions as are in Sophisticated Persuasion: SI 37-48. And now they are YOURS.

What will you REALLY get?

Here’s the thumbnail rundown of everything that is in this content masterpiece.

“The program content is flat out superb. I’m 100% ready for you to hear it! Do you need to have mastered the previous sets to enjoy this portion? NO! Do this…”

It’s impossible to say this is the best course on persuasion but there are very, very few that I’ve put out that have this much significant material that is instantly useful to almost everyone ready to begin…

The program is discounted to it’s lowest price ever through Thursday. Enjoy!