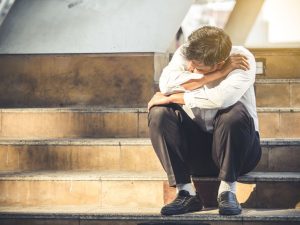 A lot of people have never lived below that middle line. And that is the math of life. If that’s you, that is what a lot of parents (plural) were able to do for their kids, which is pretty damn cool. But having been in all 10 at one time or another in life, it’s very to say “been there and done most of it.”

When you lose a job, you just realize that you weren’t worth to the company what they were paying you. I learned that a bunch of times and I’m sure you have too. It’s a tough and humbling lesson of course, but that’s all it is, is a lesson. It’s not even a judgement of character. Most people have been fired in their lives including almost everyone I know with integrity and character.

It’s a point from where resilience and mental toughness can be triggered.

From my personal age of 6 to age 12 years, our home housed six and sometimes eight people. It was roughly 24′ x 24′ maybe a bit smaller.

My second Dad was only able to work for two years when he got congestive heart failure, basically living in the hospital and then in a hospital bed in his bedroom at home later. While all that’s going on, you wished that he had just lost a job. Crisis vs. irritation.

In a sense it’s a challenging story, but it built a lot of character in a lot of people. In an odd sense perhaps I’m retrospectively thankful.

My personal “system” was simple. I’m 11 years old. I wake up in the morning. I deliver the Waukegan News Sun. I go to school. I come home and take care of the 4 kids usually with Tami until Mom gets home from work. I do chores, then homework, then I could go play for a couple of hours or go sell greeting cards in season, or shovel snow or cut someone’s lawn with a grass clipper. (We didn’t own a “real” lawn mower until I was 13.) Always wondered how people took care of a yard 100 years ago. 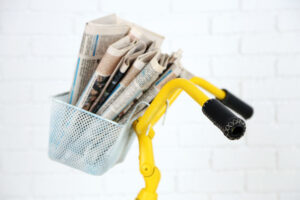 Saturdays and Sundays were great because I could put in several hours of work after delivering the paper. I didn’t have to take care of the kids because Mom was home. AND, I might get to go play baseball in season. (We grew up on the north side of Chicago, starting with Highwood…baseball is VERY important in Chicago!) Sunday was best, because I could work for Mr. Sokolies working on his pretty new invention called a “sokolarium.” (google it)  The sokolariums were at a greenhouse. Sundays he paid me $1 an hour to pull weeds. (He felt sorry for me. I was not worth the money when I was 11.)

Pretty much all the Dads worked on the street. Those who would “lose their jobs” would go get OTHER jobs. You rarely saw the Dad’s around, but they were doing there jobs. So were the Moms.

The common thread was unless you were dying, you worked…quite a bit.

The point, of course, is that the story illustrates the beginning of one path…