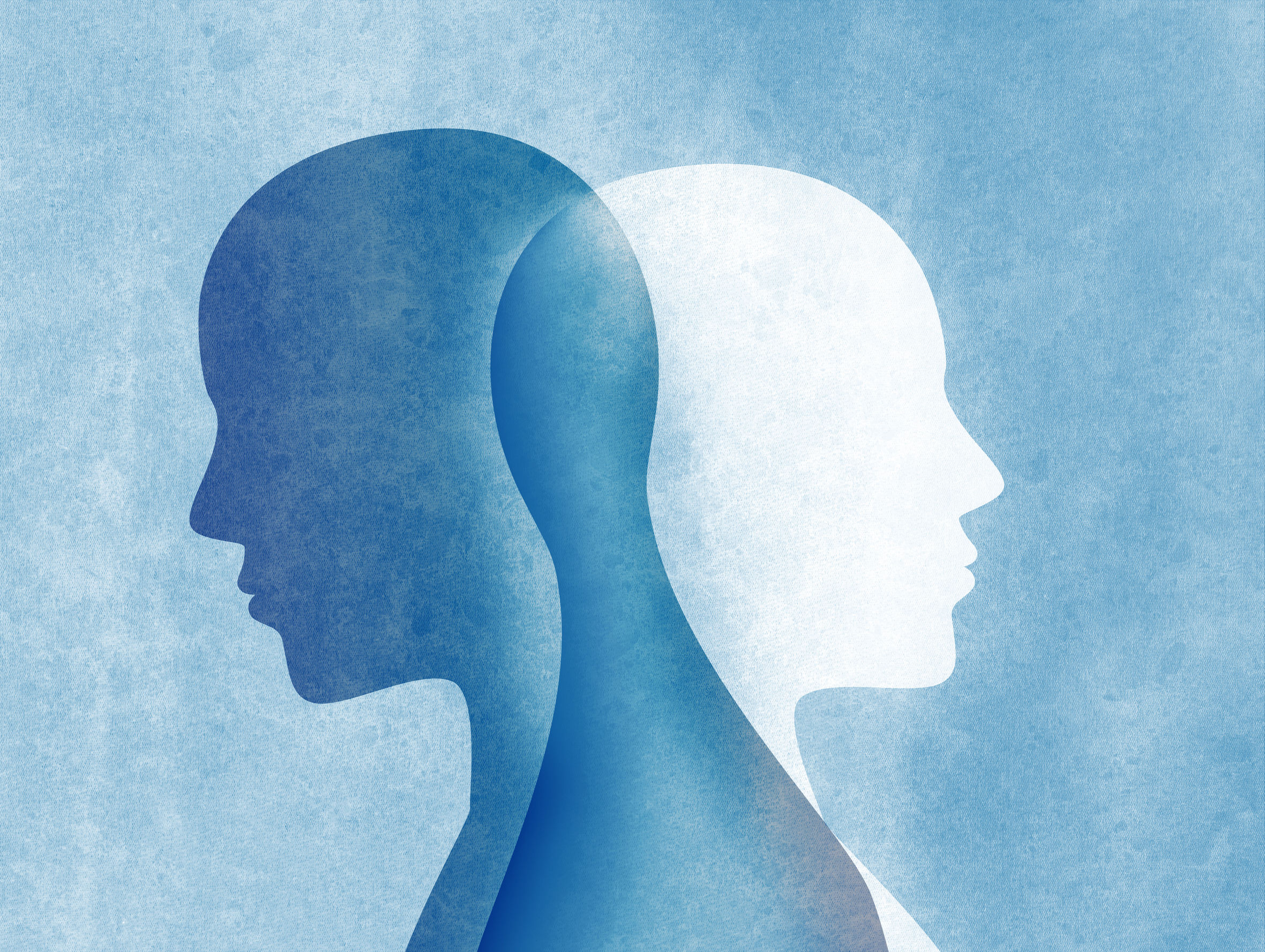 There is typically an arbitrary decision point that is set in almost every negotiation/communication/decision.

A decision needs to be or probably will be made. In some cases, if an obvious decision isn’t instantly made (Yes, I will pull over for the police officer because I don’t want this ticket to be higher than it is now), things could get worse. Almost all decisions that require conscious thought (most decisions require no thought or conscious attention at all) find people oscillating back and forth as to what to do, especially BEFORE the decision point.

Realize that people would make a very different decision at 5:00PM than at 5:05PM on something that goes back and forth a lot in the mind! People literally “change their mind” as each moment passes, in many decisions. Unless people have firm beliefs, as discussed in an earlier volume such as in the decision to have sex, people are constantly oscillating. Back and forth. Back and forth. Sometimes with varying degrees of intensity. “No, absolutely not.” That was today. Then tomorrow, “Well maybe.” Then the next day: “I don’t think so, but it’s possible.”

You can almost see the pendulum swing back and forth, or the child on the swing go higher or lower. More important for our discussion is that oscillation is not a day-to-day experience. It is a moment-to-moment experience. “Yes” and “no” in varying degrees flip flop from moment to moment and minute to minute.

The oscillation will continue indefinitely unless a new stimulus enters the equation…and then any change is subject to further change!

Once persuaded to do anything, there is definitely short-term change in behavior. Instead of doing one thing, a person does another. Instead of believing one thing, a person believes another. Nevertheless, people can and do regularly change even strong beliefs. The more public a person is with their belief/behavior, the more likely they are to maintain that belief. (The minister of the church is more likely to maintain his belief than the parishoner sitting in row 30 because of the weekly public exposition of his beliefs through sermons and prayers.)

Beliefs and behaviors that are not made public are more likely to change from future attempts at persuasion.

The more people and the more important those people’s opinions about a person are, the more powerful the desire one has to keep the new belief or behavior consistent with their new belief. 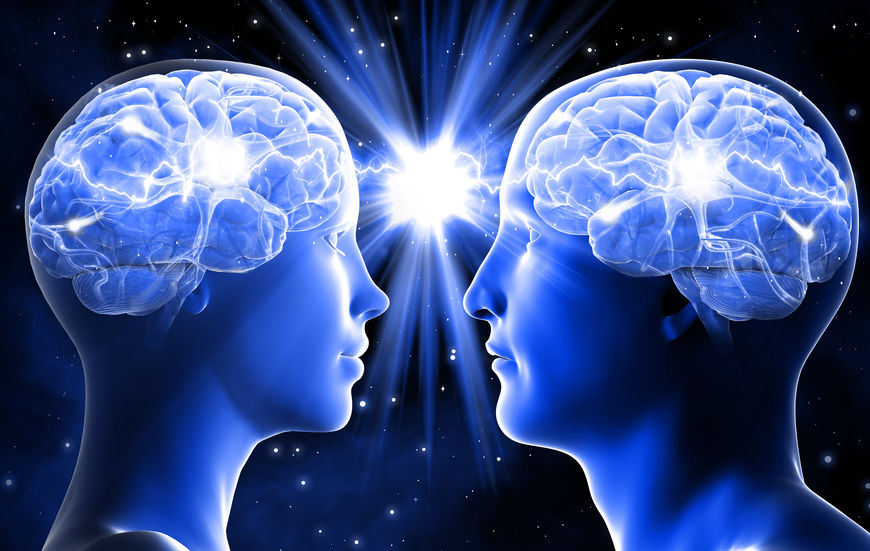 Is there anything we can reliably predict will happen after a person has been persuaded?

Yes. Once someone has been persuaded, there is a very good chance they will go through oscillations of regret, sometimes so great that they will actually immediately change their mind again and cancel a purchase or not take a job they thought they should, for example.

How do you deal with regret?

You can virtually eliminate this specific reaction through the utilization of principles that allow someone to anticipate their regret prior to the decision point so that when they experience the change of belief/behavior they will expect it and react in a less intense fashion. Reducing resistance and anticipated regret are covered in detail in The Science of Influence Master’s Course Part 1.

Did the firefighters need to be persuaded on 9/11 to rush in to the building? Did they experience oscillation?

You hire an accountant to do your books and reduce your taxes. Your personal trainer’s job is to get rid of your gut. The chef? To cook. A police officer? To protect public safety.

But what happens when an airplane flies into a building? What happens inside of the mind of the firefighter who is racing upstairs while everyone else is going down?

Specifically, there is no way to know. Even in reports of firefighters who lived, they report what they think they remembered and thought at the time of the most incredible crisis imaginable. Reminiscent of D-Day in some ways. The firefighter trains for disasters, but they usually have a sense of control about their own safety. Going into the World Trade Center is quite another thing.

On the roof of the WTC, we know that many individuals who were about to jump and take their own lives called loved ones first. The same was true for the passengers on the flight that was heroically downed in Pennsylvania that fateful day. We do know that oscillation probably takes place in these extraordinary circumstances. The desire to be with loved ones. The desire to live. Being able to live your life in the way you choose and ultimately die doing that which you love. I imagine there was oscillation, and I imagine it was fairly rapidly dismissed by the objective. Veterans of war no doubt experienced similar feelings, thoughts and oscillations.

Time Perception and Feelings of Regret

There is ample evidence that reveals that the closer one comes to a goal or an objective (the wedding day for example) the more likely we are to experience regret.

As humans, we experience a fear and anxiety response when we lose the “freedom options.” That’s one reason ordered fish or fowl can be such a difficult problem! As soon as a decision is near, anxiety can incapacitate a person, even on little decisions about what to eat in a restaurant!

In fact, there are reams of research that indicate this repulsion to the goal is great as it is approached in many contexts. This often leads to self-sabotage and other destructive behaviors.

This is why people say they would like to invest in their 401K plan NEXT YEAR, but if they were to make a deposit TODAY they would not do so!

Oscillation is not indecisiveness, per se. It is a normal and often useful reaction to situations that have unknown variables.

A woman who is in love with two men chooses man “A” (Men do not choose women, regardless of what religion or theory of evolution you subscribe to tell you otherwise.) She decides, “I will spend my life with Andrew.” But as she comes closer and closer to actually spending the rest of her life with Andrew, she begins to wonder if she has made a BIG mistake and starts to seriously reconsider Bill! Sure, she dumped Bill a month ago, but really, when she thinks about it, Bill is probably the better choice.

Oscillation and the Sexes

This oscillation doesn’t just happen with women. My Mom regularly told me that, “It’s a woman’s prerogative to change her mind.” I always thought that was a lousy excuse; but it turns out to be true! Except that everyone changes their mind. Most people change their mind as the goal approaches, or the other options have been rejected!

Sometimes these oscillations are manifest in behavior. Sometimes they are not. Either way, they are happening in the mind of the individual.

According to Fink, Kaplowitz and Hubbard (2002), oscillation (wavering) increases when the person or message doing the persuading is perceived as credible. When someone is believable and states an opinion that isn’t consistent with what the individual currently believes, credibility becomes a critical issue.

In the Master’s Home Study Course Part One (V. 1-12), you learned an enormous amount of cutting-edge material now coming to light in the field of influence. Now you are going to gain access to truly advanced information that has never been released to the public, ever!

The Delta Mind Control Model, for the very first time, shows you how to begin, “middle” and end a communication that is designed to influence. The DMCM works because you are able to control the direction of your mind and that of your client or counterpart. As a rule of thumb you have about 8 MINUTES to create change in someone’s mind. You will learn precisely what techniques and strategies can be utilized at various stages of those eight minutes.

Oscillation. Most people operate under the belief that what they believe is “real” What’s interesting is that these beliefs constantly waver throughout the course of a conversation! Understand oscillation and utilize the techniques to direct oscillation,and you can begin to re-map anyone’s mind.

Credibility: The Pivot Point for Persuasion. No credibility = “No!” I’m going to show you all the ways to build credibility fast and effectively! You MUST be 100% credible!

Metaprograms and Branding. Learn about NEW metaprograms and branding your SELF. These two CDs alone are more than worth the price of the entire package. Would you like to know how to have people see you as THE “go-to” person in your field? I’m going to show you how.

Branding. Most people think the word “brand” is a business term. It can be. What can branding do for you as an individual? Everything.

Mind Reading. I’m going to reveal some of my most closely held secret methods of determining what people are thinking in the moment.

Psychographics. This CD introduces you to some of the most powerful tools I utilize in helping clients determine what is going on in the minds of others…then how to use that information.

Twelve NEVER before Revealed Secrets to Optimize Persuasive Messages. Did you know that there are actually a significant number of sales calls, persuasive presentations and proposals where you should NOT mention the benefits of you, your product, service or idea? Heresy, you say? Heretical yes, and absolutely proven factual.

59 Persuasion Tactics That Gain Compliance. Of the 59 persuasion tactics, Role Response Projection is one of my “favorites” and without a doubt one of the most powerful tactics you can utilize…with a person, a group or even a nation. This is just one out of the 59 tactics I place in your hands.

Intrigued? Make this program a gift to yourself and your future success.

More information about influence or to order

Previous: Control: When to Give It to the Other Person and When to Seize It
Next: Reading Body Language Like The Body Language Expert