…Objections and Rejection Really Are Now *Crucial* to get to “Yes!”

How is it that so many Internet Marketers have a strong background in hypnosis?

Does it strike you as strange that the percentage is so high that you’d think the two were the same field?

Hypnosis is all about getting past fear. There is a guardian in your mind. The sentry at the door. The protector has an ax and a shield and fends off everyone and everything. The Protector doesn’t want ANYONE entering; and works very hard to keep everyone out. In fact, it extends beyond “people” to the little smoke that floats in the air…the cloud that works its way up over The Protector’s head. But here The Protector isn’t able to do The Protector’s job because the message is entering in a way that The Protector doesn’t know to stop…whether the message is seen…or not seen…it is just like a cloud that goes by, beyond critical thinking into the recesses of …Yes…

And that… is… hypnosis.

And that is why the finest Hypnotists and Internet Marketers seem to be so similar in thinking. They both are bypassing critical thought.

Think about the last time The Protector said to you, “There is something about it/him/her I don’t like….”

So here it is…if someone can put a finger on WHAT they are uncomfortable about as far as you or your…suggestion, it expedites the process of influence and makes it far more likely to come to a positive conclusion.

Sounds strange when you first think of it…certainly counterintuitive as most selling and persuasion is…but it’s all pretty simple at the core.

KEYPOINT: If a potential customer is voicing objections (their resistance or reactance) verbally or as they read, or as they listen, it means that he/she is at least somewhat INTERESTED and that you HAVE established some level of trust with the person. Otherwise, there’d be no reason to raise an objection….they would tell you to hit the road.

Sometimes an objection…even the loudest, most emphatic-resounding “no”…isn’t really a no at all. It’s just a request for a solution to a problem.

Imagine you and I are lost on an island after a fashion of the TV show, “Survivor.” Just you and me. (We are in SUCH trouble…) I say, “let’s go that way.”

“Are you nuts?! There are wild animals and stuff out there. Are you stupid? I don’t want to die!” (You are adamant)

“I think I saw a jeep (reality stretch) about 50 yards out there. We should give it a try.” 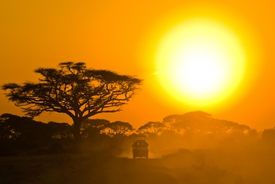 See your point was well taken, your fear, reasonable. BUT, I had additional information that makes it a much better decision, at which point there might be some trepidation but we went from “no” to “yes” fairly easily.

We really are all afraid of the UNKNOWN…the unfamiliar…

Shed ENOUGH light on it and we’ll go there…albeit cautiously.

And as an expert in persuasion you know that once you have something tangible like an “objection” or “stated resistance,” you can actually gain agreement and acceptance. Without the stated, or, CLEARLY CONSIDERED objection it’s HARD to get a “yes.”

The cloud that enters the mind…must materialize into an idea that is ideally tangible…a hologram of what the person wants…or doesn’t want bad enough to want to solve the problem, NOW.

Which brings you to the crucial secret…

Fear of Making a Mistake…

We talked a couple of weeks ago about how to wield fear — a basic human nature “trigger” — to motivate someone to buy: fear of a lost opportunity, fear of illness, etc. But there’s another side to fear. For many people,

Their fears are what keep them from making the purchase.

KEYPOINT: Objections/Reactance Are Fears That Are Waiting To Be Spoken

Consumer’s fears can kill your sales, so as a marketer you need to defuse them…priority one. 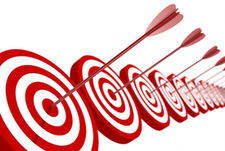 KEYPOINT: You need to target those fears EARLY and then make sure you’ve provided enough information about benefits, value, experience, identity, guarantees, etc. to stop them in their tracks before they start doing their work on the mind of your prospect.

Remember phobias are good examples of fears. You can use all the logic in the world,

“The plane is the safest place to be.”

…and the person will still have a panic attack…

You’ve got to cut out the fear QUICKLY or it will be tough to defuse no matter how much value you create later!

What are consumers afraid of?

What To Do…And What Not To Do

KEYPOINT: The easiest way to overcome resistance, reactance and deal with objections is to ELIMINATE THEM FROM THE BEGINNING SO THERE ARE NONE.

If your marketing message is able to defuse objections by anticipating and answering them in advance, that’s optimal. If someone DOES raise an “objection,” don’t freak out. It may not mean what you think. It almost NEVER means what YOU think it means…

In fact, think of “objections” to you, your idea, your proposal… as…

KEYPOINT: In fact, just think of reactance…objections… as someone expressing fear.

You WANT people to express their fear or you will not be able to help them.

If possible, make sure you deal with gut level objections (reactance) instantaneously as I’ve discussed at length in the fourth part of the Influence Library, The Science of Influence: Influence in Action (Part 4). 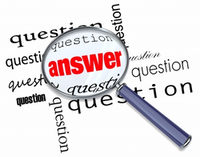 And then you want to SOLVE, so the message is in template form: “Coming to it now…and… I’ll be happy to answer any other questions you have about that, as well.”

Did the absolute power of that just waft by YOU? Go back and read that again. Even if you don’t answer the question, (which is ultimately not a good idea by the way) you have bypassed critical thought and moved on in stealth fashion.

Some people suggest confirmation like this: “Does that satisfy your concern?” or, “Have I answered your question?” or “Does that put your mind at ease?”

If I asked one of those questions, I would feel pretty foolish. There isn’t a lot of confidence in those; but if it fits your personality and communication style, go for it.

At this point, your job is to do SPECIFICALLY THIS…

Your job is to pinpoint the sub-text of what a prospect is saying. Find out if the voiced fear is the only one. When a potential customer has an objection, you want to take away the fear and worry…and answer it…not get into an argument.

Soften your response with phrases such as, “I suggest…” and, “as you know…” You can’t script response to fear.

Here are the general themes. Realize these are not the “words” you will use…they are themes…you don’t script *real* hypnosis. You can’t. It is 100% Other Dependent.

“I thought that until I discovered…”

“I thought the same thing; then I found out what the deal was…”

“I used to think that, too, and then someone pointed out to me a glaring mistake I was making…”

“Pretty much the only thing between me being your new insurance agent is X, right?”

Isolate and make sure that’s right if you don’t know and aren’t certain. My tendency is to repair and move on without much ado. I don’t like to dink around at this point.

Some people, however, like a more old fashioned approach to this situation. For example, one approach is to say, “That’s a good point to consider. Your question is whether this is the smart thing to do, isn’t it?” The essence of what you’re asking is, “If I can satisfy you on this one point, you wouldn’t have any objection to buying immediately, would you?”

It always bugs me when I heard salespeople making a “buying immediately” statement. They make ME nervous. It’s often perceived as more about the salesperson than the client. Nonetheless, the point is that you want to have a way to articulate this that is YOU.

“I can’t afford it,” might be a self-protective, way of saying, “Can you lower the price?”

And that brings us to the final piece of the puzzle…

Thanks to decades of over the top promises and out-and-out lies, marketers are selling products in “The Age of Skepticism.” Today’s consumer has gone from skeptical to VERY suspicious, wanting to know the truth behind ad claims, warranties, brochures, and guarantees whether they’re buying a luxury sports car or a can of cola.

You and I are the same way… and we have every right to be.

Most consumers don’t trust what you’re telling them because they’ve been taken so many times before.

It’s not about you…you simply pay the price for the con artists and scamsters that preceded you.

They are understandably mistrustful and think of buying and selling as an adversarial relationship where the seller is trying to take advantage of the buyer.

I do NOT let that experience enter into my business.

I attempt to give so much before anticipating or expecting someone to invest in what I can do for them, that trust, credibility, expertise and certainty will all be established.

Being authentic and having total integrity isn’t just the right thing to do, it’s the only thing to do.

You will need to be proactive in overcoming this natural distrust to successfully make a sale from someone they barely know. You’re going to have to tear down walls of fear and skepticism before you can build up a relationships with a consumer.

Inform in a Respectful Way

One strategy is to provide factual information in an unbiased way that will allow a consumer to make his/her informed decision. A great way to do this is with information products or a “report.” When consumers know you’re INFORMING them, they’ll respect you and thank you for your openness and honesty by purchasing from you.

Anytime you can collect “Consumer Reports” type information about you or your business (like reviews at amazon.com), DO collect it, prepare it and utilize it in communicating to your clients.