Why You are in Such a Bad Mood

If it wasn’t the tax audit, your kids, your spouse…the neighbor, you probably are wondering why you FEEL you are in such a BAD MOOD even though NOTHING has happened to justify it. Have you ever been in a bad mood that you couldn’t explain why…or how you got there? 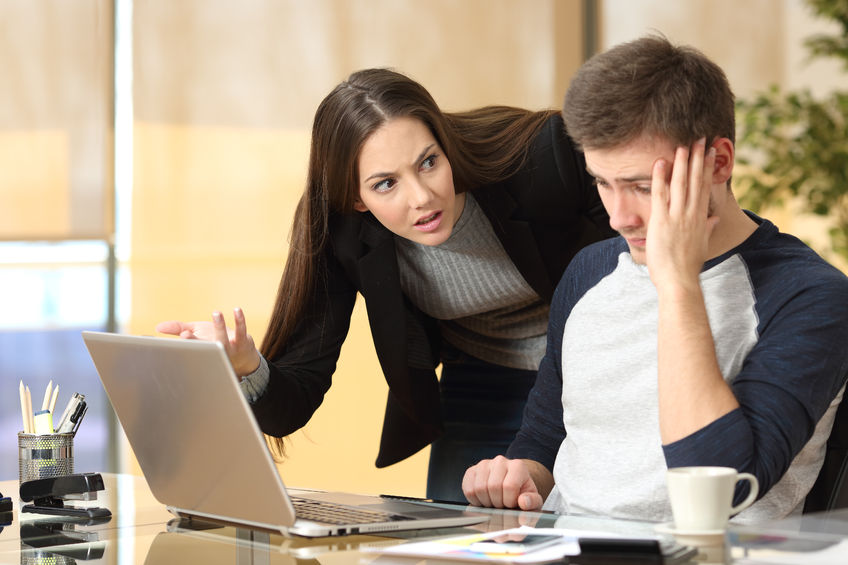 For the last few years you and I have talked a lot about how our brains are usually on a preset program that is buried deep inside. We have no idea what program is running. It doesn’t think. You can’t talk to it. It can’t talk to you, but in a later article I’ll show you how to modify it.

The program that is running doesn’t have words to send to consciousness so you can know what or why the program is running.

“Why are you so fricking happy?”

Ever have either of those conversations with someone else?

This is the same part of our brain that generates stimuli in the higher brain that causes us to say something really stupid or unkind (or kind and brilliant….though we are rarely remembered for those things).

“You’re a first rate pain in the *ss”

And then the other person looks at you and says,

“I didn’t really mean that.”

And YOU (the part that is reading this) are telling the truth.

YOU absolutely didn’t intend that, but your non-conscious mind interacted with feelings which caused the verbal part of your brain to light up and spit out words in a language that your conscious understands.

So, who’s in control of your thoughts…?

Are You in Charge of all Our Thoughts? 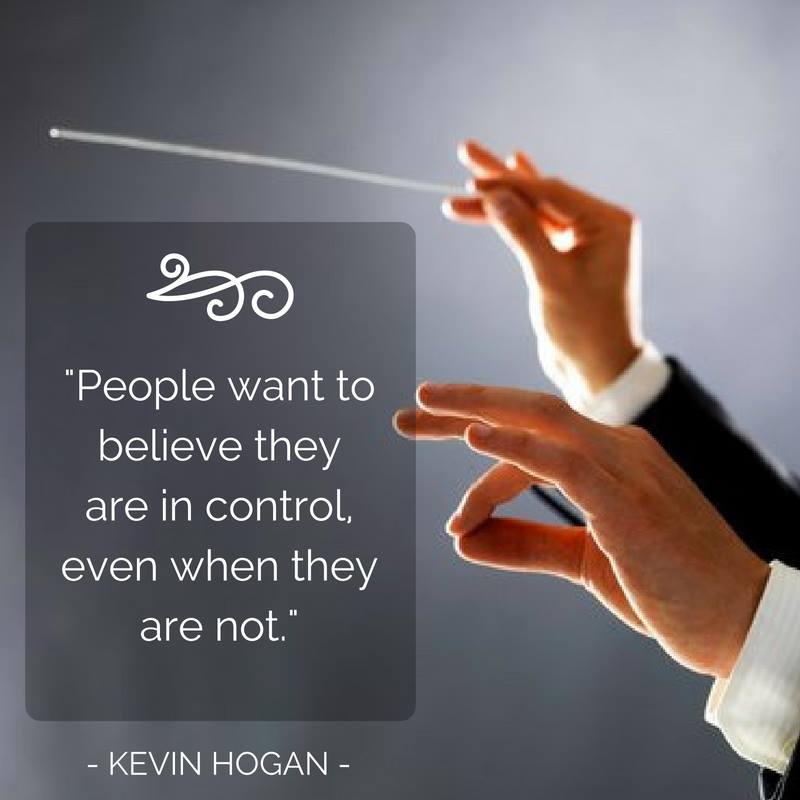 A lot of friendships, marriages and business deals would be saved if people simply understood that people aren’t in charge of all their thoughts. (…not in charge of most of them…frankly)

Nor are people in control of all the words that come out of their mouth.

Literally, a person can say something really mean and nasty and absolutely not have intended that…or even THOUGHT that….EVER.

Now, typically when about two seconds has gone by and the brain starts to catch up with the words that are on their way to the listener’s ears….at the point where you can’t do a darn thing about it except prepare to duck….. your conscious mind generally becomes aware of what is happening.

There is an “oh my god, did I just really say that? I shouldn’t have said that…”

And you’re right, you “shouldn’t have,” but there would have been nothing you could do to prevent it. Your non-conscious, is, non conscious. It doesn’t think. It doesn’t talk. It doesn’t even communicate in any real linguistic sense to YOU (the part of you that is reading this).

Yet this is the you that is on autopilot most of the day.

Now, you might be reading this and thinking, “that’s ridiculous.”

There isn’t just “evidence” for this.

It’s how the brain works.

And this, of course, drives us crazy because we just got yelled at (for a couple of seconds) and called a dirty name, and the other person says they didn’t mean it… they’re sorry and it won’t happen again.

All of that is true except the, “it won’t happen again part.”

That’s a toughie because the non-conscious mind doesn’t accept verbal instruction, can’t make promises and doesn’t have an interest in the other person’s welfare. It’s totally reactionary.

That doesn’t mean that the non-conscious mind can’t be modified. But again, that is for another article.

The non-conscious mind often puts you in a first class good or bad mood and you might be irritable and grumpy or all giggly and no one knows what meds you’re taking.

Research from Ohio State University explains a LOT about what is happening. A study concluded that such negative “mystery moods” can occur when people fail at a goal that they didn’t even know they had.

Tanya Chartrand, assistant professor of psychology, said such non-conscious goals can have significant effects on how we feel and act, and even on how well we achieve other goals.

“If you succeed at a goal you didn’t know you had, you’re in a good mood and don’t know why,” Chartrand said. “But if you fail at a non-conscious goal, you’re put into this negative, mystery mood.”

Chartrand discussed her recent research in Toronto at the annual meeting of the American Psychological Society.

What exactly IS a Non-conscious Goal…?

What Exactly is a “Non-conscious Goal?”

“Non-conscious goals are goals that people have frequently and consistently chosen in particular situations in the past – so much so that they eventually become triggered automatically in those same environments without their conscious thought or even intent,” Chartrand explained.

HERE’S HOW IT ALL WORKS

For example, young people who begin attending parties may start by very consciously thinking about how to best present themselves to others, and carefully monitor how they act and what they say. Over time, the features of the party environment become linked in memory with the goals of presenting themselves well. In time, the goals become non-conscious and are triggered automatically every time they go to a party.

Eventually, Chartrand said, they may not even realize they have a goal when they attend a party – but they do.

Chartrand has conducted a variety of studies examining what happens to people when they succeed or fail at these non-conscious goals.

In one study Chartrand conducted, 109 college students were given a scrambled sentence task in which they had to rearrange a series of words to make a sentence. In some cases, the students were “primed” to have a success goal by using words like “strive,” “achieve,” and “succeed.”

Other students were given neutral words that would not inspire an achievement goal.

All the students then completed a questionnaire that measured their moods.

“We set up the experiment so some participants would have a goal of succeeding at the anagram task – even though they didn’t consciously know they had such a goal,” Chartrand said. “For these participants, their mood was affected by whether they succeeded or failed. For the other participants, success or failure didn’t have an impact on their mood.” 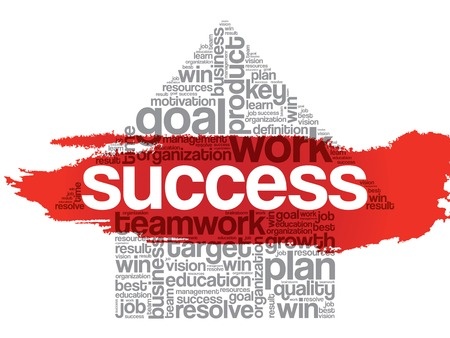 In a second study, Chartrand found that failing at non-conscious goals not only had negative affects on mood – it also hurt performance.

In this study, participants who were primed to have an achievement goal and then failed at an anagram task did worse on a standardized verbal test than did participants who succeeded at the task.

Other studies by Chartrand suggest, though, that participants who fail at non-conscious goals may sometimes be inspired to do better on subsequent performance tests.

Legend Point: “The key is that non-conscious goals can affect both mood and performance,” she said.

So, what are the effects…?

What are the Fallout Effects?

Chartrand said other research she has conducted shows that people who fail at non-conscious goals try to bolster their self-esteem by stereotyping or disparaging others.

Chartrand said non-conscious goals play an important role in everyday life. For example, many students may have non-conscious achievement goals that affect how they act in school. Employees may have similar goals at work.

The Pervasiveness of Non-conscious Goals

“Non-conscious goal pursuit is incredibly pervasive because it saves us cognitive resources,” she said. “If we constantly had to think about what we want to accomplish in every particular situation, we wouldn’t be able to do anything else.

“We are succeeding and failing at these non-conscious goals all the time,” she said. “Research is beginning to show how this affects our moods, the way we perform, and the judgments we make about others. It’s incredibly important.”

The Science of Influence: How to Trigger the Buying Impulse
Influence Library Volumes 49-60
Kevin Hogan

You’re going to have it all in your copy of Science of Influence: Triggering Compliance in the Buying Sequence.

Learn more or get your copy now!