Three Keys and One New Unknown Strategy to Big Sales and Marketing.

The whole point of advertising is to get attention, then interest, then resonance….then get right person to take action.

Ever notice how the first time you listen to a song, unless it’s by a group or performer you really like…the song is…probably heard as “OK.” It isn’t until you’ve listened to it a half dozen times that you’ve really “started to like it.”

I made salmon this week for a friend. First time she’d ever had it. I told her, “It’s like wine and new music. It takes four or five experiences before you like it a lot.”

I had sushi for maybe the fourth time in my life this week. It’s getting better each time. 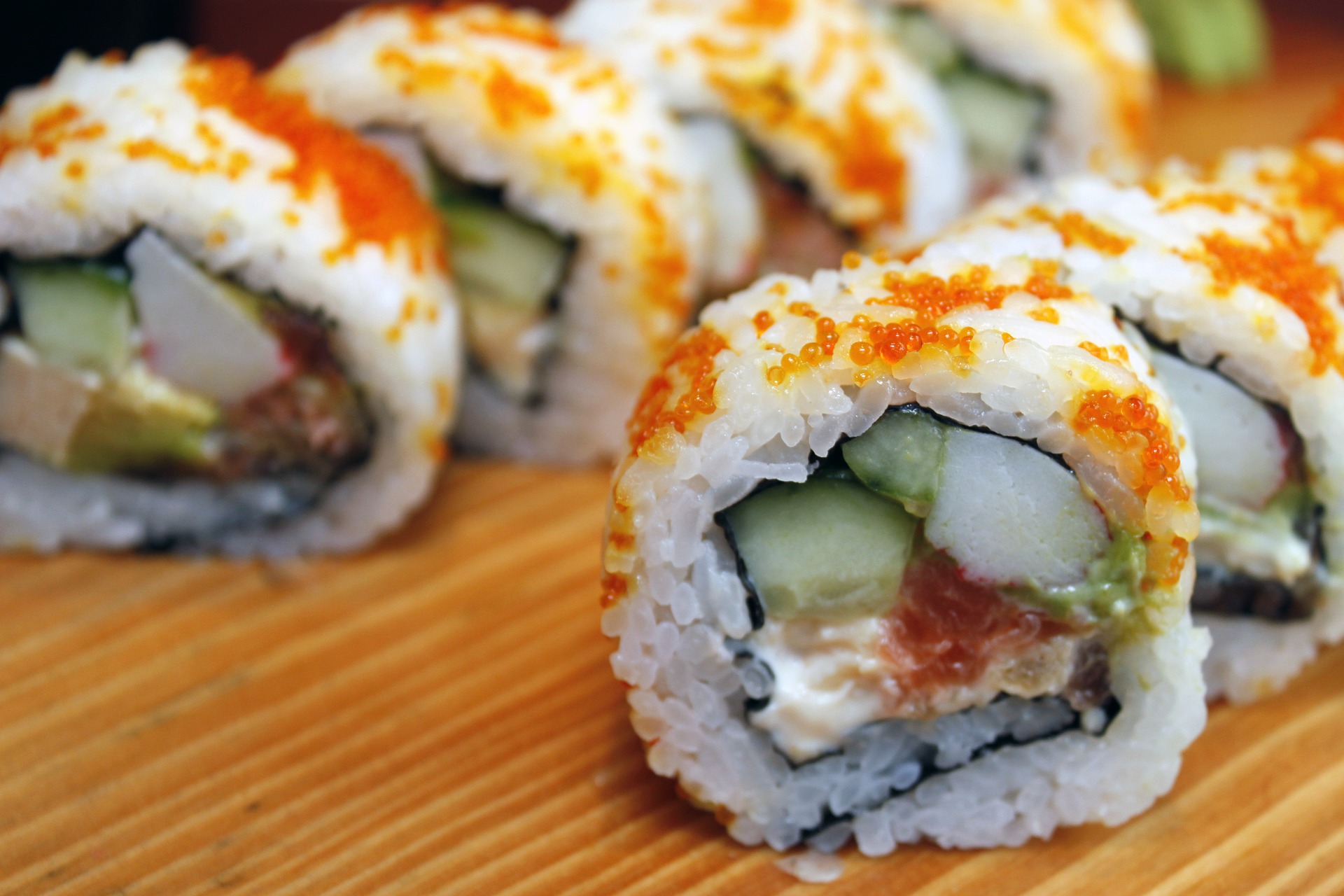 The new food. A new dish. Someone says, “You’ll love it.” But you try it and it turns out it’s…OK. Then you have it a few times at home and all of a sudden you have a new favorite.

Familiar? For almost everyone.

Abundant research shows that people’s judgment and attitudes are completely altered toward people they begin to see regularly.

This is the genesis of office romances and neighborhood friendships:

In the dorm, in the office. Doesn’t matter.

(With some exceptions…) They will like each other very soon.

It’s all in the hard wiring of human behavior.

Simply being exposed to something (generally) or someone predicts whether you’ll like it more next time. 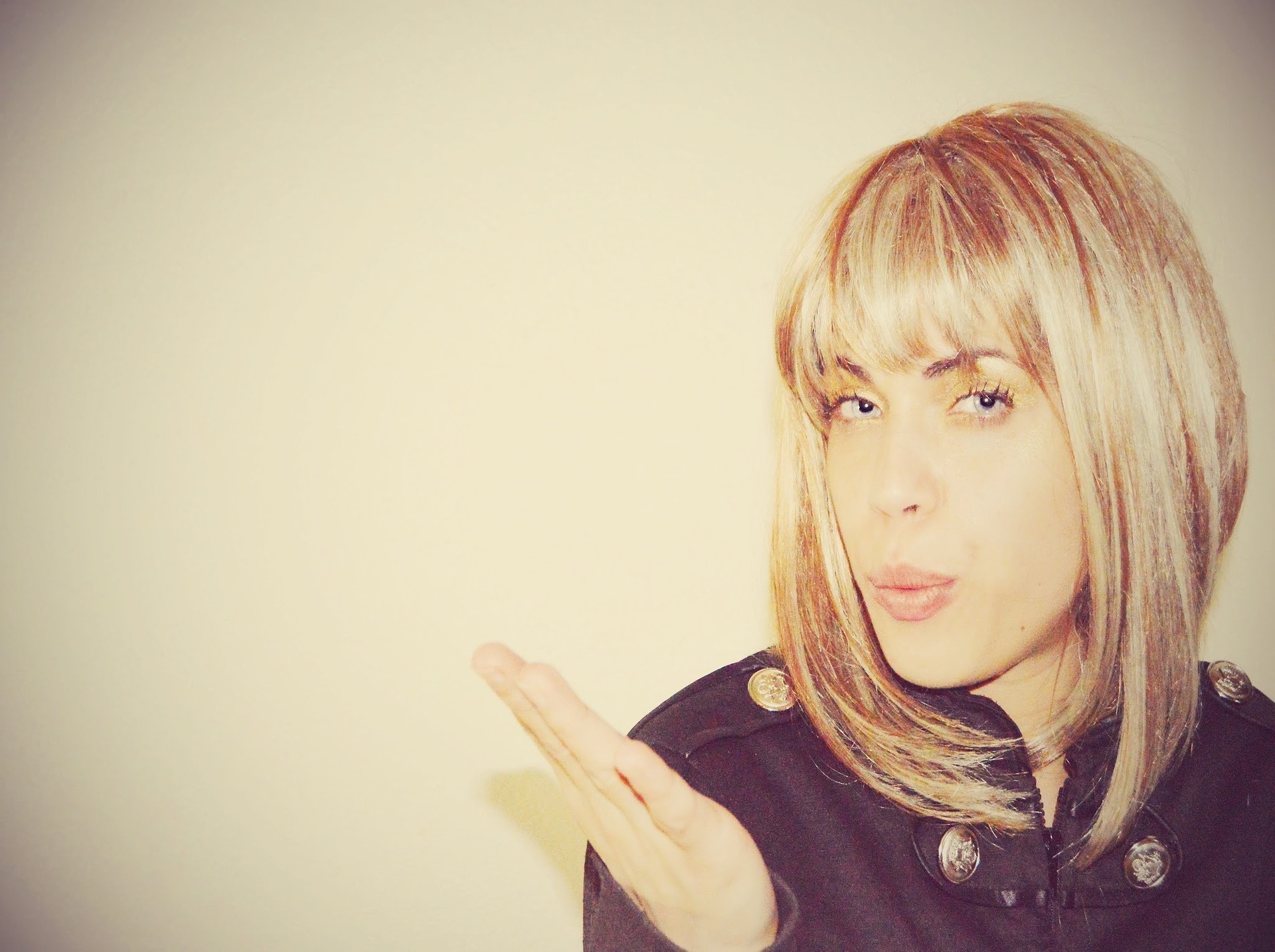 The prediction…. is “yes” you will. (and with one category of exceptions this almost always holds true…)

And that’s important for you, your face, your product and your service.

But there is a catch that I’ll get to later…it doesn’t always work. There is ONE instance where exposure actually destroys any chance of making that sale. I’ll get to that at the end of the article.

For now, let’s look at some of the stuff that impresses….

For example: Common names like “Johnson” in the United States, receive higher ratings for liking the PERSON than do uncommon names. Now that isn’t fair or right or reasonable.

It begins with making yourself familiar to the market.

Someone asked me once if they should put their picture on their business card.

What do you think the answer should be? 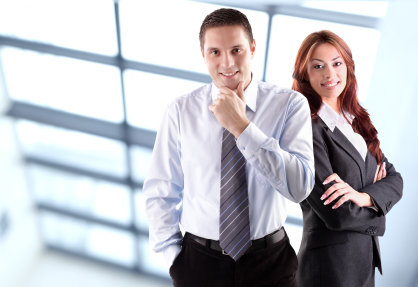 The MEE demands that you do.

The MEE demands that you burn the image of your face into the minds of your potential customers.

And your letterhead and even the envelope you’re sending that piece of mail in.

Legend Point: When people become familiar with your face they are much more likely to do business with you when they see you in the flesh.

This fact of life has been studied so carefully that we know precisely how to utilize it to gain the right amount of exposure over time and how much time to use in the moment.

Imagine that you do a television spot for your product or service. It runs 24/7. All day and night. (Pretend you just won the television lottery.)

You going to be able to sell your product or service?

To a channel surfer?

To someone who watched the old TV shows on your new channel?

You can get too much of a good thing…even you and me.

And we’ll come back here…. 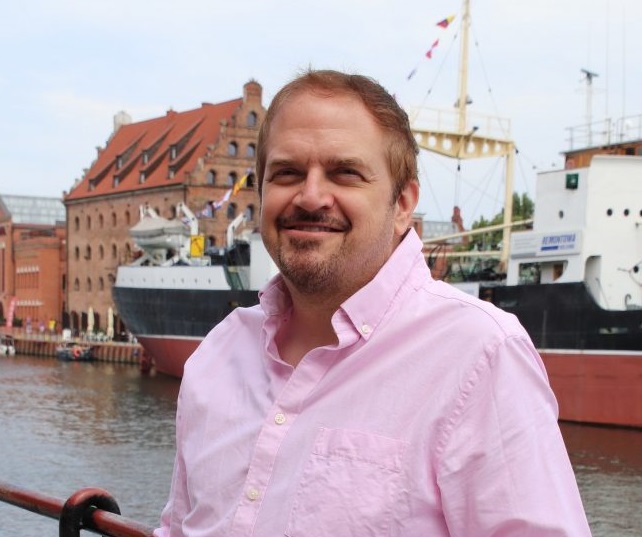 So you know…. for those of you on limited budgets – the more people see you or your product the more they are going to like you.

What’s more important is that you don’t have to be doing *anything*.

Legend Point: And the SHORTER duration of each exposure to you, the MORE they are going to like you (compared to the same number of LONGER durations).

Totally counterintuitive… as are most factors in persuasion which is why the average person gets 10% to say “yes” and we get the other 90%….

Legend Point: Next factor is that Complex stuff is far more likely to be liked and more intensely than simple stuff.

So a complex painting is going to get a much bigger positive hit than a simple painting and so on. 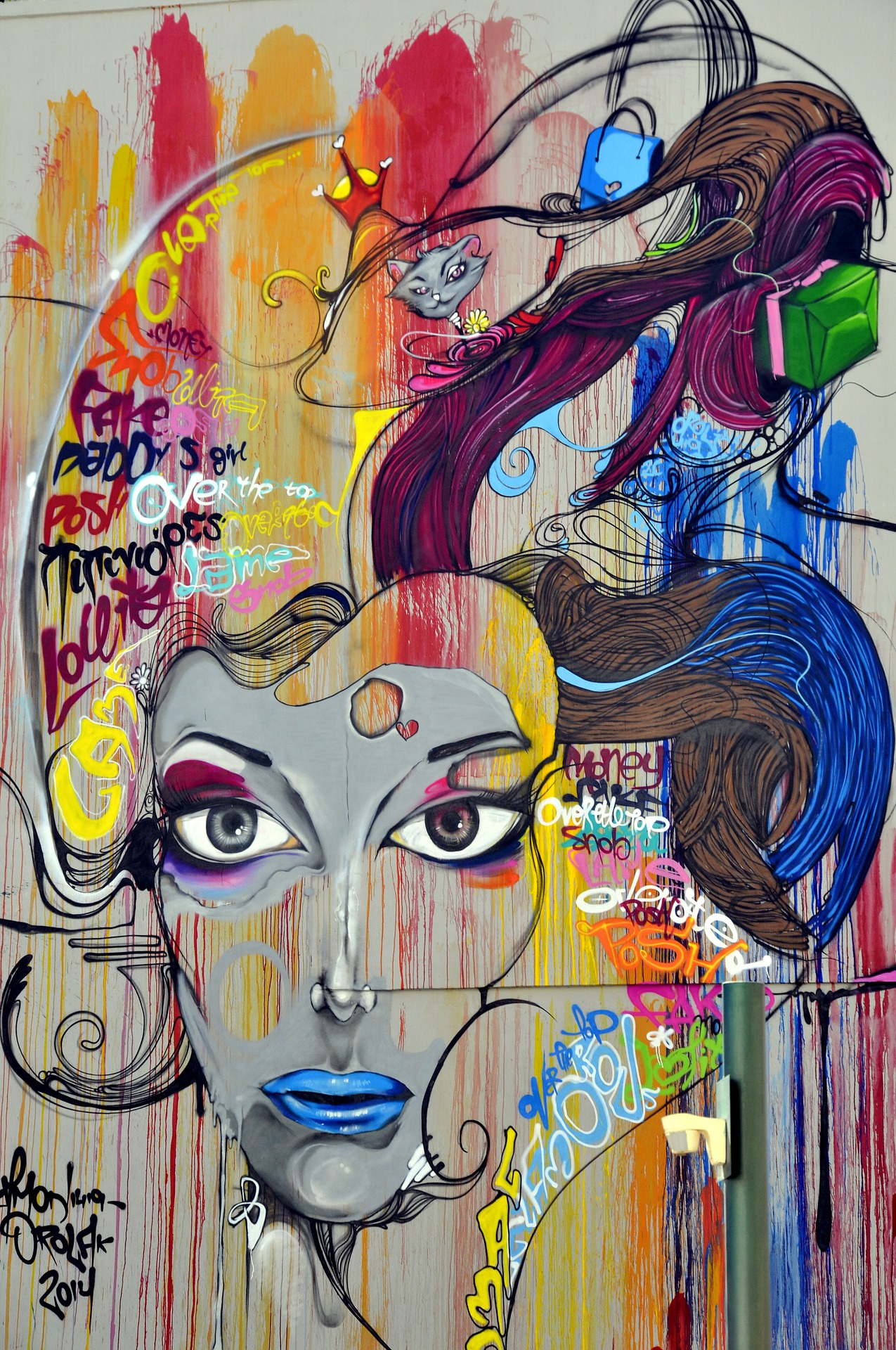 Complex stuff doesn’t have as much reduction in liking when it gets “overexposed.” Simple stuff/people/products do.

Most amazingly, the shorter the duration you see something the more you like it when asked your opinion!

Subliminally “viewed” things are almost a sure-thing bet to be liked/effective triggers because the exposure is less than one second.

The more aware a person is of the stimulus…the less they like it (thought they still like it more than not seeing it at all).

Now here is something *very* cool.

Things or people that are imagined are also liked more…almost as much as those things in the real world!

Generally speaking what is happening with all this is this:

When someone sees something or someone for the first time, it might be met with excitement or fear.

(Remember dating? your stomach could get twisted in knots…feel sick to your stomach… but you couldn’t wait for the phone to ring or the girl to show at the front door.)

Excitement and fear are essentially the same set of feelings interpreted by the brain in different ways.

So anyway, there is a lot of arousal (a psychological term…generally NOT referring to what YOU are thinking….though sometimes it does…)…a lot of feeling…or emotions around something.

We see it again later and we like it more than something or someone else presented at the same time.

So if you saw Kyla walking home from work today (you heard her name in conversation) and then you saw Kyla and Keira tomorrow, you almost always would like Kyla more…and you almost certainly would feel more comfortable with Kyla. 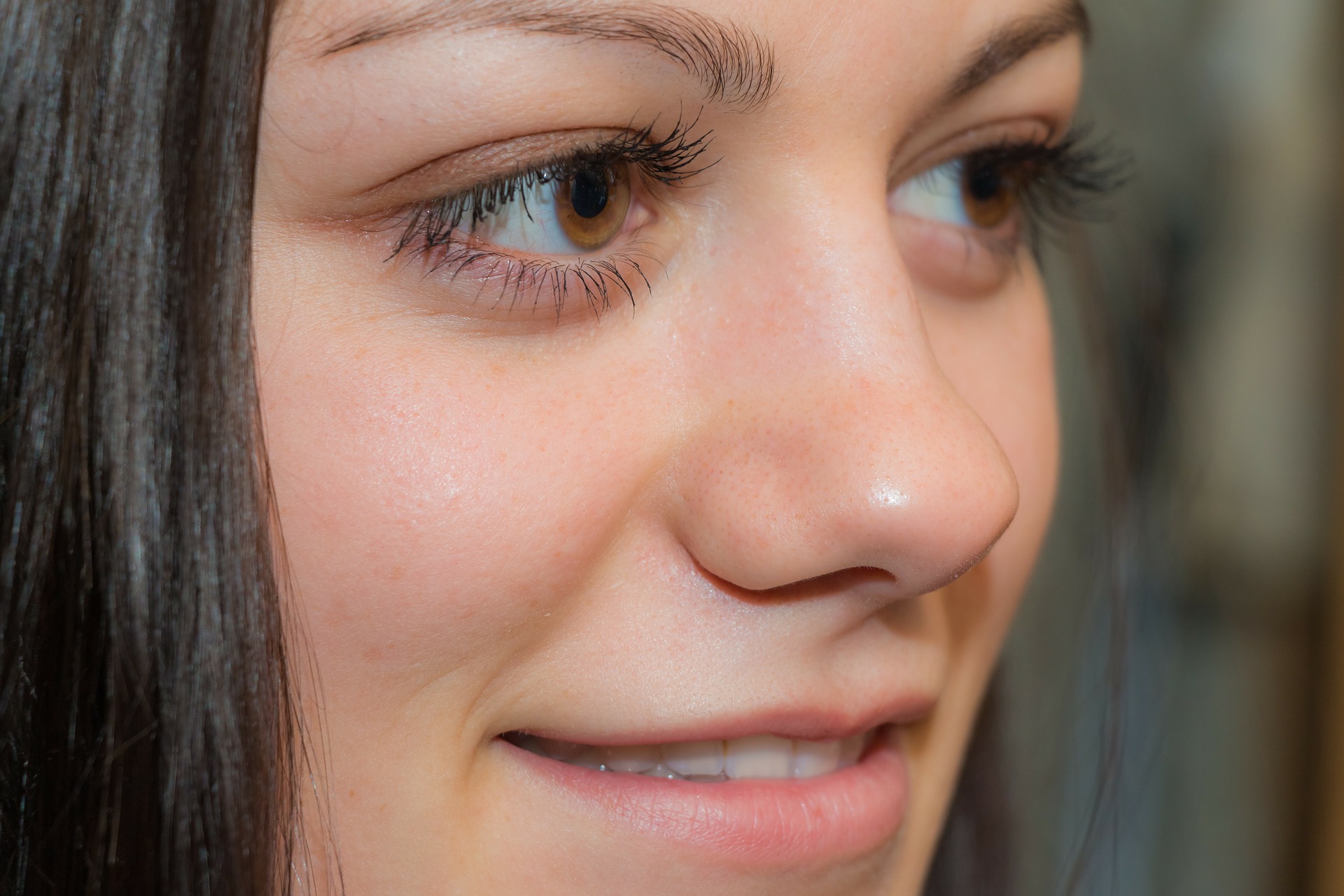 It’s in the wiring.

And in fact, the next few times you see Kyla, you like her more and more. Usually 5-9 times and then she “peaks.”

Yup, and then you’ll still like Kyla…and you’ll like her more than Keira but you won’t like Kyla as much as you did the previous time you saw her.

Dang. Our potentially perfect world has a kink in it….

How can you stop the regression?

You can’t unless the person, product, picture, etc… is complex…then the liking stays much higher but still experiences some regression.

Legend Point: If you want the person to take action…to buy your product…to say “yes,” to the hot date…or whatever it is you are marketing/selling….you’ll want to think about the number seven.

It’s about the seventh exposure that YOU PEAK.

That includes the business card, the quick mention on TV, brushing past her in the corridor, etc.

In fact, sometimes the peak happens as early as number FIVE.

In the Science of Influence: 37-48, I elaborate in detail how to apply the research that has been done in advertising. It takes a couple of hours (CD’s) and I won’t bother to replicate here. (NO that is not a subtle hint to get 37-48…it is a very strong nudge….)

Suffice it to say: Your message has a saturation effect. Your exposure also needs to be out there at least weekly or you can forget the value of the MEE.

Most importantly realize that as you put yourself or your product out there and expose people to your face or your product, they like you/it more…and you don’t even have to demonstrate it….

That’s a pretty fascinating factor in persuasion as well…and we’ll cover it next time.

You will receive my complete analysis of EVERY PHOTOGRAPH on Six (6)additional Digital Audio CDs (8 total in this course!) Your Secret Password to the Hidden Website for the Interactive Photo Gallery will come with your package.