The formula holds true for some but not all and I’m going to show you just who is motivated and influenced by what. First we begin with a thought…

A lot of people say, “Time is money.”

I have a strong Beatles bias. But depending on how you define the word love, you could argue they were wrong.

SPECIFICALLY: The question is, are these things INTERCHANGEABLE?

Can these things be traded for each other? Is that in fact the history of mankind?

I’ve studied this equation from the frames of a family man, a married man, a single man, as a guy who works hard. Fair?

Is the Formula Real and Does it Work for Everyone? 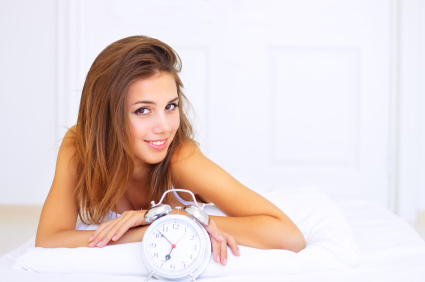 The most accurate answer I can give you is the elements can be interchangeable (and I’m not referencing a “one night experience,” here) for many humans.

And…now we know who is more likely to be influenced by which elements and why!

Look at some research that was done on groups of men.

Researchers wanted to tease out a bunch of stuff about motivation, influence and neural equivalents as they relate to Visual Subliminal Stimulation.

So here’s the necessary background:

In Visual Subliminal Stimulation, people respond when they are motivated or predisposed to “move in the direction” of whatever the subliminal cue is.

Subliminal means the conscious mind does not register seeing the cue (picture/image) being shown. 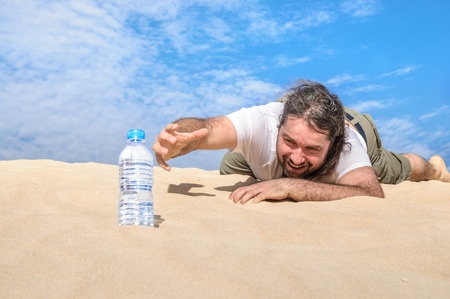 If the person is not motivated or predisposed to a goal, any response will be very short term and all the cues in the world for the most part…fall by the wayside.

Example. You are watching a video game on your computer. The word “drink” is subliminally flashed on the screen throughout the game. The game ends. There is water at the back of the room.

People who are thirsty will generally go back and guzzle down water…often a lot of it.

People who aren’t thirsty generally don’t go back and drink anything…or if they do, it’s very little.

That info alone to me and my work is cool, amazing, mind blowing.

The ramifications are dramatic. If people are predisposed to do X then being subliminally or BRIEFLY exposed to X or something like X causes them to even physically move in the direction of X to “go get it.”

People are hungry? Flash a pizza. (Not a commercial but a quick flash, like…you know.)

It triggers the physical action to acquire pizza. If the person isn’t hungry? Nothing.

But this is not the newer research I want to share with you today. We knew this four years ago.

Sex is one of those lovely words whose definition isn’t well defined or agreed upon. When I think of sex, I think of well…people experiencing…it’s not a one person deal…in my mind. And…hey…enough of what I think about….

As we’ve seen in previous research reported here five weeks ago, most American women, think of a sexy girl…as “sex.”

If you are a man, I already know what you are thinking.

Realize that the two genders are waaaaaaaaaay different at the level of “think” and “brain” and the like.

Sexy women = sex, has never made sense to me, but what makes sense to me is flat out not important.

It never dawned on me until about a decade ago when I was writing Irresistible Attraction that Sexy Women = Sex IS REAL, at least in the minds of American women.

Understanding what people think matters a lot. Knowing how they define specific words and thoughts, however, means just about everything.

Researchers wanted to find out if “sex” (to be defined in this article only as, “seeing a sexy woman”) really motivate as much as we think they do. Do they motivate people to buy? To decide more quickly?

The researchers wanted to find out the impact of sexy women on men, as far as decision making is concerned.

One recent study gave us a glimpse about what a woman’s face smiling did for a direct mail piece.

Put a very small photo of a wholesome smiling woman in the corner of your letter and, sure enough, response goes up… …way up.

In a test letter for mortgage rates, the smiling woman got the same response rate as a mortgage offering of 3 1/2%, which was FOUR points less than the control piece at 7 1/2%. Interesting?

Obviously, the smiling woman isn’t worth hundreds of thousands of dollars, but she causes as monstrous a response as an almost free mortgage!

And that didn’t have anything to do with sex.

(In case you’re wondering, a photo of a man had no impact on the response rate of the pieces.)

Back to Seeing a Sexy Woman…Cues

New researchers already knew that men behaved impulsively in the presence of images of sexy women. They now wanted to find out if anything else came even close to sexy women in motivating men.

And they wanted to know more…a lot more…

…if the men were motivated by seeing sexy women and they were rewarded, not with the sexy woman, (rewarding men with women in research studies would make for major challenges, as you can imagine…) – but, say, the men would be rewarded with money after being motivated by the sexy women or similar cues….would the urges and impulses generated by sexy women be slowed or stopped?

In other words, a subliminal image of a sexy woman flashes on the meeting’s power point screen for the sales staff. We know that triggers impulsivity and aggressive behavior. BUT when we add the reward of a spiff (bonus money) at the end of our sales meeting, will that cause more or less sales?

See, the deal is that when the brain is set on a goal, it will go get it…IF it is REALLY SET.

Then when the brain GETS the GOAL it stops “going.”

Every man reading this should well comprehend this with no difficulty.

And it works like that for other “goals” as well.

So if a man is goal-triggered by a sexy woman, will he be equally as “satisfied” with money instead of the sexy woman?

Here are some proven generalized facts in human behavior.

Numerous studies and experiments were done in and out of laboratory. Real world stuff.

Instead of walking through all the in’s and out’s of the studies, how about I simply show you the findings and give you examples/scenarios?

Now, here’s something fascinating…I almost didn’t believe it was true…

Stand-ins for Sex are Effective Stimulants 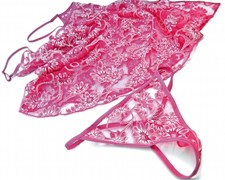 But, not for everyone.

In general, people can be divided into two behavioral approach system sensitivity categories.

a) those who are very sensitive to reward-seeking behavior (they want sex and/or drugs and/or cigarettes and/or money.)

b) there are those who are not sensitive to reward-seeking behavior.

Wealthy people are likely to wait longer for a much larger reward than those who are poor, who prefer a reward NOW.

Cool: After smoking cigarettes, smokers will delay other kinds of rewards longer than when they haven’t just smoked a cigarette.

One strong inoculation stems the need for the rest of the rewards.

Now, check this out…

This is why you very often see that poor people in the U.S. are generally much heavier than their wealthy counterparts.

And then many more persuasion findings:

Two simple concepts of avoiding pain and moving toward pleasure have expanded into broader more elegant categories and thus we know how to motivate and influence this person.

a) Behavioral Approach is basically about rewarding behaviors that are positive and proactive and the person feels good about the reward and behavior. Someone who feels good about smoking will seek it out and feel good about it creating a cycle of “positive reward.”

There are 3 simple categories of behavioral approach.

– people who know what they want and go get it. (drive)

– people who act in the spur of the moment, willing to try something new just because it might be fun (fun seeking)

– people when doing something they love tend to keep at it. When they get something they want they feel energized. When they see an opportunity that might be good for them they get excited. This person gets excited when they win a contest. (reward)

b) Behavioral Inhibition is basically avoiding a threat and having that cycle generalize into the future. (You fell down the stairs and now you don’t want to take the stairs any more. This guy has anxiety. People who are high in avoid punishment/get away are less likely to drink alcohol.)

– people who avoid don’t get too concerned when something bad is about to happen. people with high levels of BI are very hurt by criticism and tend to worry if they think someone is angry with them. they tend to feel bad if they do something they believe others will judge them on. They have fewer fears than their friends but worry about making mistakes.

And who did all of this cool research which I just readers digested for you?

Better than cool and instantly useful in your business.

Where can you get more of the most innovative and cutting-edge influence and persuasion strategies and tactics?

Covert Influence: Hidden Persuaders They
(Your Competition) Don’t Want You to Have

Influence Without Resistance. What’s the Key Factor? You’ll have most amazing, truly stunning tactics in predicting what and how your client (spouse, child, customer, read: anyone) will choose. Thus, you are a step ahead of anyone else in implementing the most powerful phenomena in consumer research today. Find out with this program!

Creating Irresistible Impulse. The button is there (for everyone); it just needs to be pushed. What are some of the irresistible impulses marketers are using on you? How can you take advantage of these tactics yourself? It’s all here in this section. Kevin details the marketing phenomenon that pushes the buttons…all the way to irresistible.

Tapping into Human Desires & Emotions. With just ONE change in strategy, a non-profit organization can get 5 times the donations. What can this strategy do for you? You can’t afford NOT to implement this tactic now.

Desires and Emotions… That Influence. You’ve heard some rumors, I’m sure about negative emotions and positive emotions in the influence process. But do you know what actually works, and what to emphasize in the process, and when? Find out once and for all!

Tribes. You’ve heard the term. What does it describe? How does it come into play in the influence process? Most important, how do you utilize the concept of the Tribe in order to make more sales? It’s all here… Kevin explains about subgroups and how to make appeals based on whether a group is “in” or “out”. This is cutting edge research that benefits you.

Covert Influence…to Control Behavior. You’ve seen the signs. Above the candy jar, tacked to the break room wall. Even posted on a fence, or highway. How do signs really influence? What elements should be used in signs to covertly control behavior? Fascinating new research uncovered for you!

Get Your Copy Today