Changing Beliefs: What Works and What Doesn’t In Persuasion and Influence 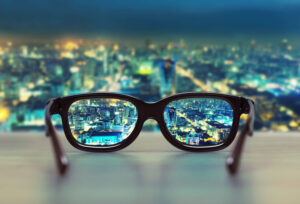 There are two fundamental ways to get your viewpoint accepted.

One works. One doesn’t.

…It’s interesting. Only highly evolved people will ever call into account their beliefs about anything. Beliefs about “how life is” or “how the world is” or “how you are” are all developed (and usually with little or no evidence beyond a single observation or repetition of being told something is so) fairly quickly. To actually “think” about a belief (or an opinion, an attitude) takes mental work and therefore people don’t want to do it. Most people are pretty lazy. Persuading an intellectually lazy person to take up mental action (change) is like getting a couch potato to run laps. Persuading an intellectual genius can be just as hard because they have spent so much time defending their beliefs on every level…what to do…

Recent research shows that there in some situations there are a couple of basic methods by which you can try and persuade someone else. I’m going to show you what worked and what didn’t. Before we get there though, remember these crucial factors you have learned from earlier CD’s:

–If you will recall, I recently shared with you that people who hold a belief are presented with rock solid information showing their belief is false (remember the capital punishment as a deterrent to crime discussion in persuasion research) they simply internally defend their beliefs against the incoming new information and dig in deeper.

–Also recall that you’ve discovered that people’s beliefs and opinions are sticky even when they are told by the originator of their belief that the originator completely lied to the person. Doesn’t matter. The person still believes.

–And, I’ve shared with you how people who have limited knowledge about something (like I do about cars, lawnmowers and feminine hygiene products for example) are not convinced by information of high quality (say statistical analysis) but by lots of different points. Yes, people continue to play the Power Ball even though the odds of winning that big jackpot are roughly the same as dying…seven times…in plane crashes…even in the post 9/11 world. You can’t convince the average person otherwise because statistics mean nothing, their experience of seeing 10 people on TV who have won is all it takes to prove that they too have a chance. (They don’t.) 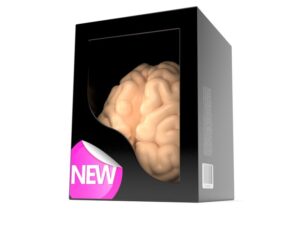 OK, you’ll need to keep those three factors in mind as we look at just what DOES change minds in addition to the very specific visual images I shared with you last time.

When people believe something, they believe it beCAUSE of some reason(s).

I saw the 100,000,000 lottery winner on TV. (It can happen to me!!!) Maybe they saw the UFO. (Wow, they must be real!) Maybe psychic “was right on the nose.” (I knew it! They can see my past and future!) The economy soared under Clinton. (He was a great President.) The 9/11 tragedy happened during Bush’s Presidency. (He blew it. Lousy President.)

[For the record, someone, somewhere will win the PowerBall. It will not be you. A UFO is an unidentified flying object and not necessarily a ship carting around people from other star systems. The psychic’s favorite charities (or those of Van Pragh and Edwards) would have billions of dollars and have brought on world peace had she left the fair and helped the American Cancer Society, the local hospital and the President…and as you all know I am one of the few oddly persuaded who happens to have found much good in both Clinton and Bush…along with a chunk of bad…]

That’s one way thoughts or experiences become beliefs. Someone sees it, they believe it. Then they generalize it to mean, “always” and “forever.”

“…and YOU are an X therefore I don’t trust you.”

How are you going to change that?…