You Magazine interviewed Kevin Hogan. This article appears in a recent issue.

We use a variety of methods to communicate with those around us. Verbal and written exchanges seem to be the most studied and, in turn, the most well-understood. But, there is another method we use to communicate our thoughts. And, while it is effective, it’s a medium that doesn’t get the attention it rightly deserves. That being said, welcome to Body Language 101. 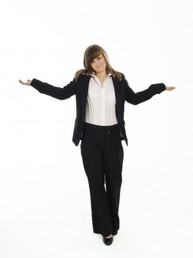 We’ve all heard the term, “body language”, but what is it? More importantly, how does it affect our verbal communication with others? We sat down for an interview with an internationally-recognized body language expert to see if we could find out.

Kevin Hogan began studying body language when he was just a young boy. Growing up in Chicago in a poor family, Kevin began working at the age of 11. He did everything from cutting lawns to shoveling snow, but it was his job selling greeting cards that opened his eyes to the art of silent communication.

“I figured out very quickly that I got much better results by engaging people,” says Kevin. In addition, he says it wasn’t just about the words he said or his ability to listen. According to Hogan, it was also about how he conducted himself physically.

Hogan’s analysis came full circle when he took a class in non-verbal communication while attending school at the Unviersity of Wisconsin. Through studying the subject and taking part in various projects and clinical studies, Hogan’s suspicions regarding the power of body language were confirmed. The problem was there weren’t many other classes of this kind.

This was a turning point for Hogan, as he began studying the subject of body language on his own. He read everything he could while also conducting his own research. By 1998, and continuing for the next 7 years, Hogan ran schools in both Minneapolis and Seattle, each dedicated to teaching and researching the subject.

Today, Hogan spends the majority of his time as a personal coach, professional speaker, and a business consultant. Companies – and even governments – frequently hire him to teach the subject of non-verbal communication. He is also a TV analyst, as his opinion on everything from celebrity interviews to Presidential Debates of high interest.

It’s not surprising to learn that non-verbal communication, or body language, has been around since the beginning of man. While it’s an integral part of communication, the irony is that it wasn’t actually studied until the late 1800s, when colleges began including it in their communications curriculum. 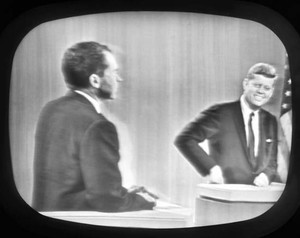 The next milestone came in the early 1900s, when the body language of politicians began getting noticed. But it was September 26th 1960, during the first of four Kennedy/Nixon debates, when the subject gained widespread national attention. For those who are unfamiliar, people who listened to the debate on the radio proclaimed Nixon the winner. Polls taken of the people who watched it on TV said it was Kennedy who had won. From that moment on, the subject of non-verbal communication has been taken quite seriously.

Today, the study of body language has countless applications. In business, it can be used for everything from helping managers communicate better with their staff, to forging stronger relationships with clients. It is a vital component to any business that deals in areas such as sales, marketing, or advertising.

Body language is also important to lawyers and courtroom analysts. It is used to pick jury pools as well as to speculate on the accuracy of witness testimony. Hogan says, “The media use body language analysis more and more.” Everyone, from politicians to celebrities, is scrutinized for how they conduct themselves physically.

Hogan himself has a lot of experience with this type of analysis. In January of 1998, during the President Clinton/Monica Lewinski scandal, Hogan was brought in by the New York Times to analyze this now historic press conference. Clinton, looking directly into the camera, vehemently announced, “I did not have sexual relations with that woman.”

Hogan says, “I looked at the tape over and over, and then it dawned on me.” When the President delivered the aforementioned quote, he pointed at the camera with his right index finger. The problem is President Clinton is left-handed. According to Hogan, pointing with the non-dominant hand indicates either anxiety or abject lying on the part of the speaker. He adds, “Rafael Palmeiro did the something similar when he denied using steroids during his testimony in front of Congress.”

Hogan tells You! that body language plays a huge role in our personal lives as well. He says it is paramount in terms of “putting your best foot forward” during the dating process. For those who are in established relationships, it is even more important. According to Hogan, the body language used during arguments early in a relationship sets the tone for the future.

“Let’s say that during an argument, you raised your hand,” poses Hogan. He says it would not be unusual for your spouse to perceive that as a sign of your anger from that point on. Hogan adds that the longer a relationship lasts, the easier it becomes to interpret things negatively. But, by studying and practicing body language, either or both parties can find ways to communicate more gently.

Mr. Hogan says that body language is also important when communicating with children. As evidence, he suggests we look at pictures of adults drawn by young children. “Generally, these pictures depict long legs and tiny bodies and heads,” he claims. The reason is simple – from where they’re standing, this is their view. To better communicate with children, Hogan recommends getting down on your knee and addressing them at eye level.

In the spirit of having a little fun, we asked Hogan to give a few tips for reading the body language of others.

According to the expert, one of the most highly-predictable traits can be found in the eyes. He says that wider eyes almost always equal a greater interest on behalf of the listener.

This is good to know because people who look at you this way are generally expressing that they like you. By keeping your own eyes wide, you are making yourself approachable to others. Again, using children as an example, Hogan says, “Their eyes are always wide…because everything is interesting to them.”

Something we found interesting were Hogan’s comments about blue-eyed people. He says that lighter-eyed folks have a greater expectation to be looked at. Kevin says the reason is purely evolutionary.

From the beginning, lighter eyes drew more attention. In turn, the attention became expected. The lesson here is to give lighter-eyed people the eye contact they desire.Doing otherwise could send the wrong message.

Another Hogan finding, has to do with the reddening of either the earlobes or the nose.

The change in color is due to blood rushing to these areas. Hogan says that when this rush of blood occurs, some form of anxiety is taking place. While it is not a sole indicator of lying, it can be paired with other cues that do indicate an untruth.

During a conversation, a change in a listener’s body position could be either good or bad.

If the change occurs during a change of direction in the conversation, the listener is telling the speaker that they are changing along with them.

If the listener’s body position changes in the middle of the speaker’s point, they are changing against them. This either means that the listener is bored, or they are uncomfortable with whatever the speaker is saying.

The direction in which a person’s feet are pointed is also important.

According to Hogan, feet pointed directly at someone means a person feels engaged. Feet pointed away means that they want to get away.

The last strategy offered up by Hogan has to do with diffusing tension or hostility in a right-handed person.

The lesson – the next time you’re talking to an anxious right-y, do both of you a favor, and reposition yourself to their right!

How Can You Always Tell When Someone is Lying to YOU?

You will receive my complete analysis of EVERY PHOTOGRAPH on Six (6) Digital Audio CDs. Your Secret Password to the Hidden Website for the Interactive Photo Gallery will come with your package.