2019 Wroclaw, Kevin finds a cool place that helps the disabled.
How will I ever trust people again after the pandemic is over? How do I work with customers to get them to trust me?
Trust is the currency of love and business.  Almost everyone trusts a lot less in 2021 than they did back in 2019 and the trust spectrum was dropping then. You’ll trust people again because in a capitalist and free society, you almost have to trust people that you know and don’t know to live any kind of life. It will be a very long road. To get people to trust you start THINKING NOW about the 1/2 of the world you don’t trust (people who disagree with you on how to handle race or pandemic politics, liberty, etc.). Get curious about people who you don’t trust. Get curious about people you don’t particularly like.
Ask them, “How did you come to the conclusion that you believe XYZ is the way to go/the right thing to believe?” “Do you see your belief structure as a way of thinking that will both make the world safer, smarter, healthier and happier, or at least 2 of the four?” You must understand people’s intentions, right or wrong, ill created or not. The people who can listen and get HOW people concluded what they believe will do the best going forward. 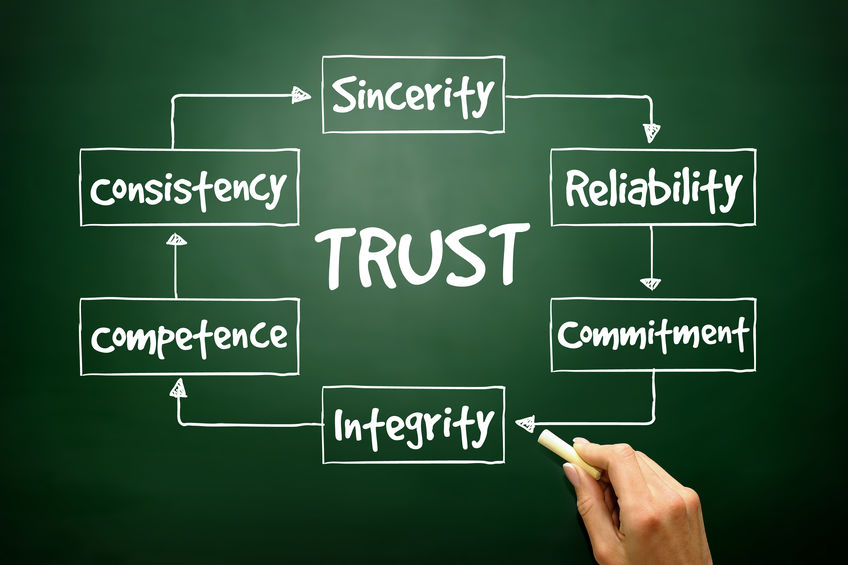 I read an article that said willpower is over rated saying self regulation is a lot of work. You comments?
Lack of self regulation units (how much willpower or self control you have as the day goes on) simply means after they are used up for that day you become significantly less in control of your emotional reactions. Not building that willpower muscle combined with good judgment is why you see so many shootings and protests that turn into hate fests and people pushing up into other people’s faces.
Plenty of psychologists have mucked up the world with ideology instead of accurate assessment of what can help most people most often. People need to be taught self control and what to do when it runs out for the day. It’s not inborn. It doesn’t just facilitate achievement and success, it keeps people alive. The people preaching otherwise simply haven’t thought it through and they are dangerously wrong. Self regulation is one of those attributes and gauges that helps you predict what people will or won’t do.

Kevin taking a game of bubble ball very seriously, in Poland 2019
In the money webinar, you said that just because a stock or a fund is a good investment for one person it could be a disaster for another. I had to leave and there was no replay. Why?
The short answer is everything goes up or down and cycles longer between up and down and trends longer between down and up.  What’s good for someone who is 55 is not necessarily good for someone who is 25. The younger person doesn’t have to be terrified by the short term machinations of the international markets.
The Japanese stock market was down and stayed down for 20 years. It was previously unstoppable. Meanwhile the U.S. market has gone to the moon for the last 10 years.
Going forward, Japan (Asia in general) is likely to be up against inflation for the next decade and the U.S. market is likely to be flat or fall over the next decade. That said things like gold and platinum are likely to do quite well in dollar terms. (They just made a lot of dollars in D.C. and they made very little new gold.) That trend could go much longer than is typical for metals. There’s lots of different risks and kinds of risks. If someone gives you general advice about the markets you can generally guess they will be less profitable than the market and that they will have miscalculated when things will be good and bad.

Kevin and Bianca at the Landscape Arboretum in November 2020
What have you been up to the last few years? Since live events have been gone I miss you.
I miss you to honey.  2014/2015 we were working on a book and movie that simply didn’t get executed at the last moment. 2016 I developed relationship with a person in Bulgaria. We did all kinds of fun and interesting stuff for a couple years including some very life changing work with orphans there. 2018 was the year of live events especially in Poland where they wouldn’t let go. Lived awhile in Gdansk, Wroclaw and Sofia.  Who’d have thought… 2019 was the year of “meeting girls”! Many interesting dates to Las Vegas, Oslo, Wroclaw, etc., and the most important date of all, was Paris where I met my wife. Today we are working on numerous projects, most important perhaps, the massive one of a kind, online courses on differing aspects of life everyone needs to master.   I will do a few more Zoom events this year before saying enough is enough.  It’s time to get back out. It’s time for Influence: Boot Camp in Las Vegas.
Is Chauvin guilty or innocent?
12 people will determine that in Minneapolis this week and you and I are glad that it’s not us that has to make the decision, because we didn’t hear all the testimony. I believe your question might have been guilty/not guilty as you can’t really come up with “innocent” in trials. It’s not appropriate for people not in that court to make this call as regardless of the outcome, it will have a strong influence internationally. The lesson for everyone is to INCREASE your self regulation AND personal judgment and compassion toward all people.
When are you coming back to Poland? [When are you coming to Romania?]
I’m ready to go but Polska has some work to do as far as covid. I can’t imagine anyone going in or out of Poland without evidence of being covid free, for quite some time. I’d like to come this fall to both countries. It is POSSIBLE that could happen. It’s more likely that we’ll have live events in these countries in 2022.

Hogan at Hogan in Harrod’s, London, 2018
When is The Rule of Persuasion coming out? You know, a lot of people want to know how many books are coming.
It’s not in the data base yet but my best guess is we’ll have a release date of October 2021 or April 2022. The book is going to clock in at about 300 pages and the original direction of the book shifted a bit during covid as we see that the world has changed, persuasion has changed and we’ll be the first to get out the new Bible of Persuasion.
In the webinar, you said that new research is coming out about the Placebo Effect that will be helpful in influencing others. What is it?
Just last week it was FINALLY published and yes, what I’ve talked about for two decades turned out to be right. (Whew) Yes, you can say to people, “This is a placebo” OR give them something they believe might be either a placebo or a prescription medication, and the results of each in patients (in this case with IBS) are the SAME.  We’ll probably put together a video or two for You Tube on just this. What I was almost certain would happen is what happened, it’s exciting.
Can I get your programs in digital download?
Yep. It’s not in the store at this point but we have everything in digital download. We’re in the LONG process of going program by program and deleting what needs to be deleted and what needs to be part of the upcoming digital catalog. 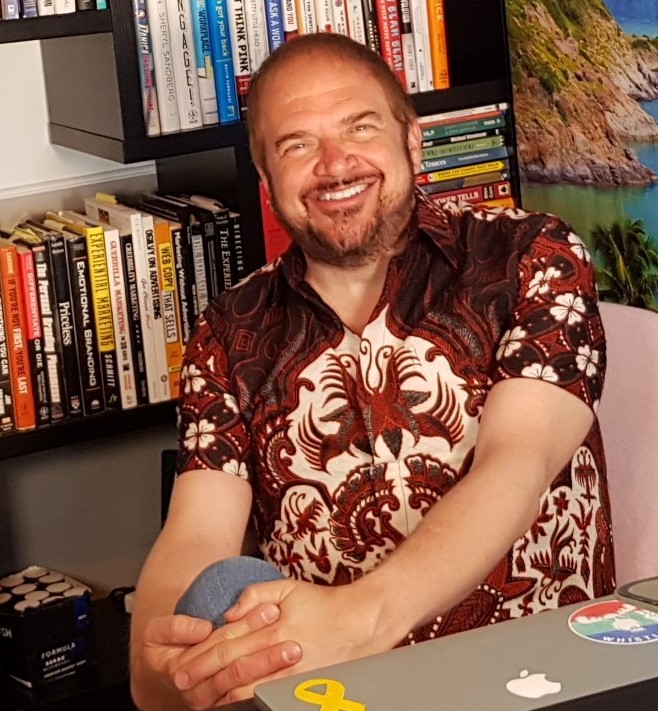 Kev and Bianca at the Louvre in Paris, January 2020.
Why did you stop making You Tube videos for your channel?
I traveled around the world a few times, was dating, created 3 MASSIVE online courses, oh and got married and now have a stepson.  We have some videos to put up and we’ll do it when time permits.
I was on the Zoom call yesterday and I heard you say you were going to offer an online course about how to think? When is it going to be released and how will it differ from Decision Point? (edited language)
Right. Thinking is tangential to decisions, as wealth is to success. They aren’t the same though there is a logical progression. During the pandemic I’ve seen about 80% of people only use half of their brains in their thinking processes. It’s rather disturbing. People need to learn how to process the information they perceive for their best interest and that of those they love. Thinking is the biggest subject I’ll have taken on for the comprehensive courses.  We’ll have it out in October.

The Editor of the mag brought a copy of their magazine for Kev (before sleep apparently) in Germany.
I heard about your new course. Everyone will probably love it but I’d like to see a comprehensive course on influence and persuasion? (edited language)
IF we don’t believe Boot Camp can happen this year, THE ULTIMATE Persuasion and Influence Course WILL be recorded. Cool or what?
By continuing to browse the site you are agreeing to our use of cookies